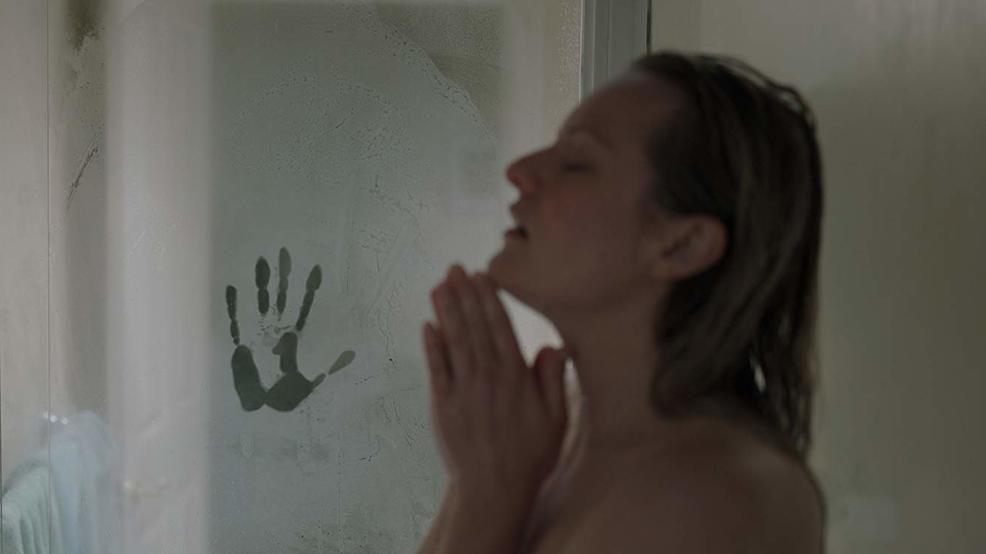 Review: 'The Invisible Man' is anxiety-inducing, and doesn't go for the easy scare

In many ways, Cecelia Kass (played by the ever likable Elisabeth Moss) is a highly unlikeable character. Her sallow face and sunken eyes match her quivering voice, and she spends most of "The Invisible Man" sporting a college sweatshirt and cowering in her bed or on the floor, sputtering at an antagonist that doesn't seem to exist.

She isn't articulate. She's weak. She can't protect herself, let alone anyone she loves. She - time and again - allows herself to be the victim, and she can't get out from behind long enough to see what's coming at her next.

Yet, she is so very relatable, because even smart women who studied architecture and date brilliant men can lose themselves in domestic abuse. We first meet Cecelia as she makes her escape from the uber gorgeous oceanside home she shares with her toxically overbearing boyfriend Adrian (Oliver Jackson-Cohen). It is the terror of being hit or raped or controlled, the trifecta of domestic abuse, that motivates her to run. Fearing for her life and paranoid that he will find her, she hides out in the home belonging to a friend James (Aldis Hodge) and his daughter Sydney (Storm Reid). Upon the news that Adrian has committed suicide, those around her celebrate. But Cecelia can't shake the nagging fear he has instilled in her, that even in death, he will return.

Unlike most horror films that follow a very obvious story structure and encourage the slow thickening of tension, writer-director Leigh Whannell doesn't let us off the hook. Cecelia is never really "safe", and both she and the audience know it. The beauty of Whannell's direction lies in its simplicity, in the slow, still moments as the camera pans from Cecelia to an empty corner of the room. It lingers there with palpable anticipation.

When nothing happens, the act of staring, of waiting, of preparing for the worst, creates the most unease in the viewer. He uses this technique frequently throughout the film, building our suspense; we innately know the doorframe isn't actually empty. (If you've seen one trailer for the film, it's pretty obvious Cecelia isn't skipping into the sunset.) In one scene Whannell even shifts the camera's focus to a blank wall behind Cecelia and idles there for a beat too long, an implication that someone is there. These details mean something. They can elevate an otherwise B movie to critical acclaim or else cult status.

That isn't to say "The Invisible Man" is a B movie. Moss, who is acting a fair amount of the film alongside a non-existent costar, brings her usual talent to the role. She plays Cecelia with all the grit and authenticity she would muster for other more dramatic stints in "serious" films.

Whannell's script is equal parts action, suspense and surprise. He doesn't go for the easy scare, and much of the film is anxiety-inducing, not seat-jumping. He has taken a story from 1897 and modernized it for our "Me Too" era. Cecelia's paranoia grows until the invisible man stalking her night and day makes his presence known. His plans for her are sinister; even in his apparent death, Adrian will not let Cecelia be without him.

So she must do all a woman can do: help herself. Be her own advocate. Break the chains that bind her, visible and invisible. Cecelia may not be likable, but who gives damn about that.