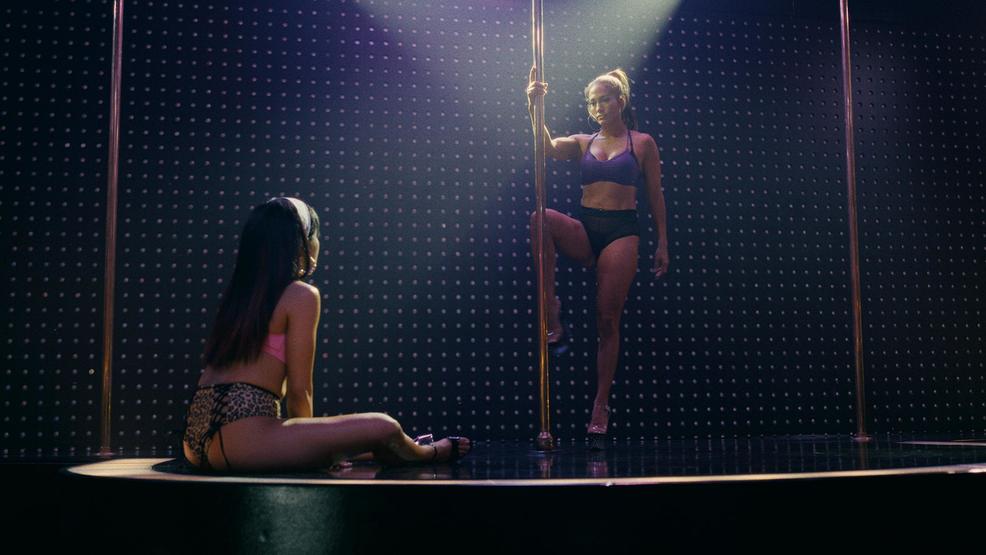 Review: The [incredibly fit] legs that 'Hustlers' stand on belong to Jennifer Lopez

Don’t let the marketing campaign fool you: Cardi B is not winning an Oscar any time soon. Actually, in the new stripper caper (wow, that was fun to type) “Hustlers”, she has no more than a handful of minutes of limelight, even though her name is on the poster and face smeared throughout the trailer. (Pop culture's newest sensation Lizzo has even fewer lines and less screen time.)

This is all for the best, because the heavy lifting is left the professionals. Singer-actress-WILB (that's Woman I'd Like to Be, in case you aren't familiar) Jennifer Lopez is the Pacino of lady strippers turned entrepreneurs in her newest flick, which is surprisingly as fun as it is shallow. She’s a veteran of these kind of movies, you know, the ones where she flashes her teeth and pretends like she’s still Jenny from the Block, struggling to make minimum wage to survive single parenthood. Except unlike "Second Act", her feel-good Christmas release of last year, "Hustlers" isn't afraid to show some skin.

The legs that “Hustlers” stands on really do belong to Lopez, who flashes her unbelievably fit body as she slides up and down the pole. She stars as Ramona, a veteran at the strip club who holds court wearing her oversized fur coat and smoking cigs on the roof like she's at a gd photoshoot. And though she steals every scene she's in, Destiny (Constance Wu) is our actual lead, a newbie dancer trying to make ends meet to support herself and her grandmother. Ramona takes her under her wing, and for a time, the duo is unstoppable.

When Destiny has a baby and leaves the club behind, it isn't until years later that, destitute once more, she goes crawling back to her old pal for help. Except it is now post-2008 financial crisis, and the mega wealthy stock brokers that used to flood the club with singles have dwindled significantly. Ramona, ever the entrepreneur, has the perfect antidote. Or rather, concoction. Her plan is seemingly simple: mildly drug men they've targeted, drag them to the club, charge their credit for thousands and thousands of dollars and play stupid when the men argue the amounts later.

With the help of two more girls Mercedes (Keke Palmer) and Annabelle (Lili Reinhart), the scheme works for a time, and the former strippers are swimming in dough. But, like all illegal activities, the game begins to become too big and Ramona outsources work to untrustworthy conspirators. Eventually, the gig is up, and they must decide who will take the fall for their run as hustlers.

Based on a too-good-to-be-true 2015 article in New York Magazine and written and directed by Lorene Scafaria, "Hustlers" is told in flashbacks during Destiny's interview with a reporter (Julia Stiles) who is purportedly going to write the story that kicked this whole thing off. While it's an interesting set-up, it doesn't always feel necessary, and Stiles is used as a prop rather than for her acting chops. As expected, the film is 60% gratuitous slow motion montages of ladies gyrating on poles and on each other and champagne flowing from the tips of bottles. That is the fun of this film, its lack of concern for being a blatantly good time.

Where it falls short is, of course, everywhere else. Palmer and Reinhart are accessories that don't match the outfit, sticking out like scantily clad sore thumbs from the rapport between Lopez and Wu. And for what it is, the film takes too long to get us to the action. It buries the lead under so many opening acts that the gravity of the heist is lost on the audience. The film doesn't quite make any indictment of guilt; we aren't sure who it believes was wronged or deserved what befell them. There are no real victims or vigilantes here, just people we would hate to know and certainly hate to be.