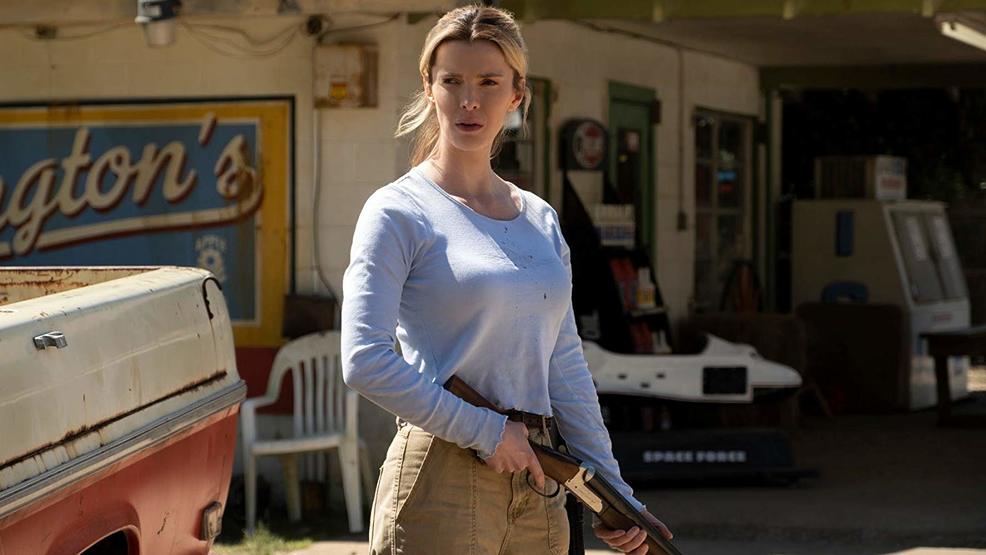 Review: 'The Hunt' is repugnant, diminutive, probably shouldn't have been made

To address the elephant on the internet, there are few films (that don't star Adam Sandler) that just shouldn't have been made, and "The Hunt" is one of them. Its plot can be boiled down to simply: "Democrats go hunting Republicans." Half of the country, if not all of America, won't find it funny. And rightly so. It is repugnant and diminutive. Hollywood, long considered to be a puppet of the "liberal elite", crosses a line...

However - I write with the utmost caution - after seeing the film, its basic premise can be misleading. In fact, the greatest offense the film makes is being a lackluster satire. Loosely based on "The Most Dangerous Game", a short story by Richard Connell that features a rich hunter only interested in the world's most intelligent prey, another human being, "The Hunt" follows two factions: a group of super wealthy liberal "snowflakes" who have access to private planes and mansions in remote locations where they conduct their insidious game; and a melting pot of conservative "deplorables" who, in the eyes of their opponents, have committed the heinous acts of owning guns, shooting down large, exotic animals and, worst of all, perpetuating fake news conspiracy theories on the internet, leading to real life consequences.

The deplorables are kidnapped from their home states across the country and brought to "The Manor" located at an undisclosed, foreign location, decked out with the bells and whistles that any person hunting other people could imagine. When the 12 prey wake up hours later, they find themselves in an ambiguous woods, mouths gagged and completely confused. The snowflakes provide them with guns, grenades, knives and various other weapons to hypothetically defend themselves, but the snowflakes have the obvious upper hand. They have been training, and, most importantly, they have their wits about them.

One by one, the snowflakes take out the deplorables in masochistic ways until just rental car worker Crystal (Betty Gilpin) and military vet Don (Wayne Duvall) are left. Crystal has a very specific skillset that keeps her alive by smelling a trap and beating her adversaries to their guns. If anything, Gilpin is extraordinarily fun to watch in this role. She blends Crystal's rugged abilities and gruff demeanor with a disorienting decisions that leave you wondering what she's going to do next. Hilary Swank makes an eleventh hour appearance as the leader of the snowflakes, and though this film is beneath both women, Gilpin and Swank are an incredible delight to watch duke it out.

The film was supposed to release in September 2019, but following mass shootings in Dayton and El Paso, Universal Pictures decided to pull it from their slate, eventually rescheduling its release for spring. There was also, easy to imagine, plenty of pushback for its violence against a very specific group of people, and in these highly politicized times, there was talk that it would never see the light of the projector.

And it probably shouldn't have. At its core, the film poses as a satire but offers no real insight into the drastic separation of our country based on political affiliations. "The Hunt" is filled with cliche after cliche, and there are only so many #MeToo jokes we can reasonably tolerate. The snowflakes are rich and obnoxious. Though they have compassion for dying refugees across the world, they have no problem watching as their fellow countrymen are blown to smithereens. The deplorables vary from upper middle class WASPs (Ike Barinholtz, Justin Hartley, Emma Roberts) to Crystal with her Southern drawl and redneck implications. Interestingly enough, there are no red baseball caps, nor is there a memorable reference the President. This is for the best and is one thing the film does right.

Though it is the conservatives who are being hunted, the liberals are on the figurative chopping block. They are given no redeeming qualities, a point perhaps the writer and filmmaker are trying to make: that feigned indignation and self-righteousness are hypocrisy at its finest. Except what good does pointing fingers do? This is a two-way conversation, and to portray the left and right physically fighting each other is a shallow metaphor that only leaves us hooked long enough to watch the trailer. Or perhaps read this review, roll our eyes, then skip it altogether.