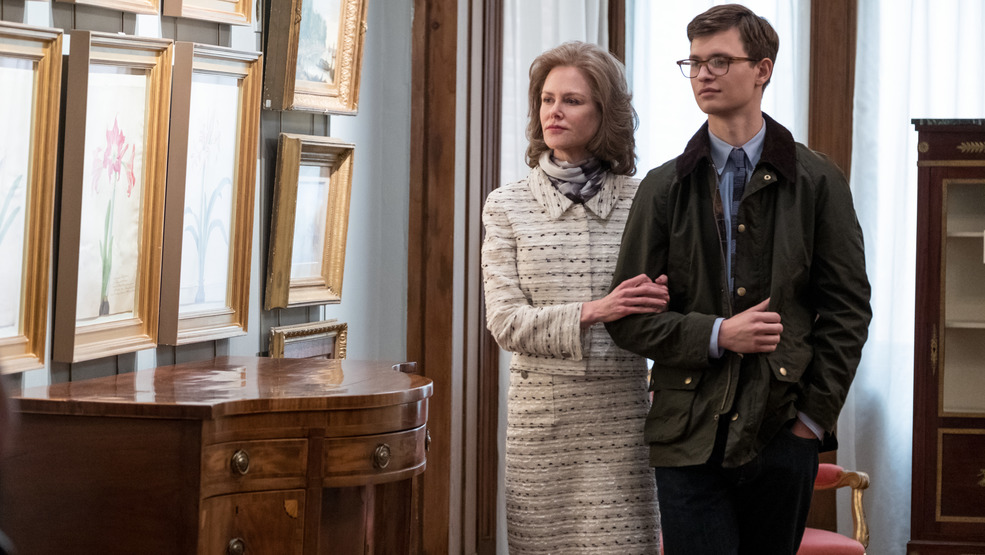 Review: 'The Goldfinch' might be the most ambitious adaptation of the year, if not century

In what could possibly be the most ambitious adaptation of the year – if not of the century – “The Goldfinch” swings for the stars and lands with the birds in a supremely sentimental, highly cinematic and oftentimes unbearably manicured film.

And I ate up every second of it.

Based on a novel from 2013, the film is an epic in the traditional sense of the word: a bildungsroman (look it up, you're welcome for your next trivia night) that juggles hard-hitting themes like death, love, identity, art, guilt, and loss of innocence. The novel of the same name won the Pulitzer Prize in 2014, becoming a worldwide sensation. It’s the book your mother-in-law and your best friend said you just “had to give a whirl”, and for good reason. It was an instant classic.

So it comes as no surprise that adapting the 784-page tome came with its challenges: to name a few, difficulty financing and acquiring the rights from Donna Tartt, a reclusive author with her own vision for her work. The film spent years in pre-production purgatory, and at one point was considered for adaptation as a limited series.

Often described as "Dickensian" in length, tone and accessibility to readers - and surely it is no coincidence that a main character in the book is named "Pippa" as a possible nod to the lead character in "Great Expectations" - "The Goldfinch" adapted onto the big screen is not going to please everyone. I'll make it very clear that if you want a precise retelling of a classic novel, you should just revisit the BBC's "Pride and Prejudice" miniseries like we did numerous times in high school.

Filmmakers, namely screenwriter Peter Straughan and director John Crowley, made artistic choices that may have some fans reeling. The film is cut into parts and told out of order. We open with our protagonist Theo Decker (played as an adult by Ansel Elgort) in an Amsterdam hotel where he attempts to rub blood out of his shirt and plays with little white pills. His voiceover leads us back in time to a decade prior where he was a child (Oakes Fegley) visiting the Metropolitan Museum of Art during a bombing that killed many including his mother. During the shower of ash and utter confusion associated with head trauma, Theo steals a painting from the famous museum: "The Goldfinch" by Dutch artist Carel Fabritius.

Theo is left in the meticulous care of his friend's family, headed by the reserved but genteel Mrs. Barbour (Nicole Kidman). Things are going well there, and for some time it looks almost like Theo has landed the perfect home, second only to his previous life with his mother. But his deadbeat, alcoholic father (Luke Wilson) returns, whisking him off to Vegas to live on a deserted cul-de-sac with his low-class girlfriend Xandra (Sarah Paulson). Not all is lost, as he befriends Boris (Finn Wolfhard plays the young Boris and Aneurin Barnard plays adult Boris) and rediscovers the fun of youth... and just how potent notable some controlled substances can be.

When his father's gambling addiction leads to a dramatic end, Theo flees, returning to New York and to the shelter of an antiques dealer named Hobie (Jeffrey Wright) who had taken him under his wing years before. Under Hobie's tutelage, Theo matures into a wunderkind dealer in his own right. But when Boris is flung back into his life just as the art world hears rumblings that perhaps The Goldfinch hadn't been destroyed in the bombing all those years ago, the truth unravels too quickly for Theo to hang on, and the years of concealing and protecting the work of art prove to have been for naught.

Spanning decades and cut so that past and present intertwine to heighten the dramatic effect, the film takes the 784-page novel and does its best to condense it to two and a half hours. This is a feat unto itself, and there are many characters who don’t feel like they’ve been given the time and space to grow organically, which is possibly the largest problem the film faces. Characters that had hundreds of pages to win over the reader are thrown across the screen for ten minutes and expected to feel fully developed.

Of course, that comes with the territory of adapting from a source material that is as self-realized as this novel is in a medium that simply doesn't have the time to dedicate what we would like it to. Crowley, best known for his 2015 film "Brooklyn", is truly a master of the craft. There is plenty to admire aesthetically, and for that reason alone, the film may win over some viewers as it did me. The performances are good, even if they do feel, at times, singular and disconnected from each other. But the beauty here is in the art of storytelling, and the appreciation of this art as a means of recognizing another.