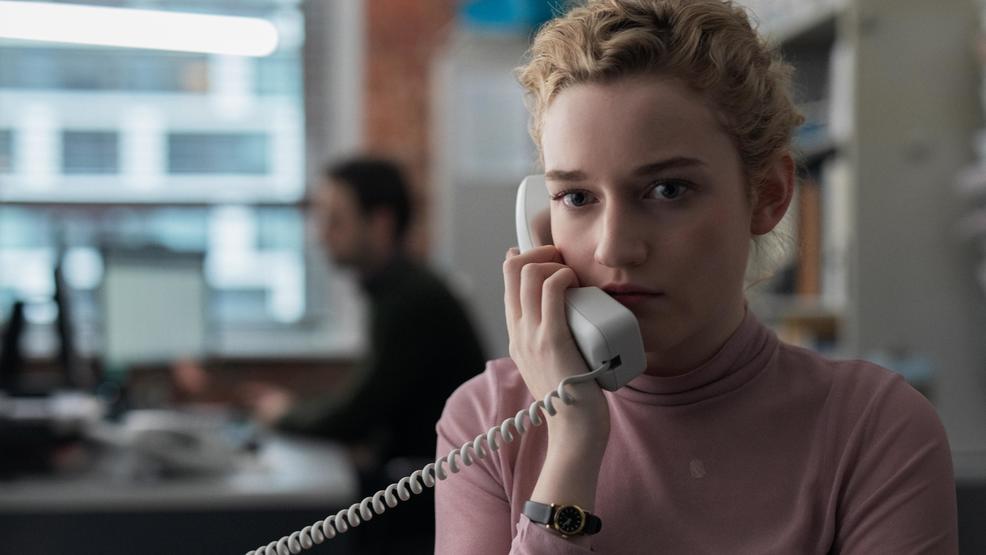 Review: 'The Assistant' is a very quiet film, both literally and figuratively

For an industry built on underpaid punching bags that go by the title of assistant, Hollywood rarely gives a true depiction of this dirty, beleaguered underbelly of a society. They answer phones, set schedules, take the blame for things typically out of their control - all with an apology in their back pocket and a poker face rivaling those found in Vegas. "The Assistant", a new film by Australian director Kitty Green, tackles this as alongside as the pre-#MeToo culture, alluding to the industry's most notorious sexual harasser, Harvey Weinstein.

The film follows a day in the life of Jane (Julia Garner), a third assistant to a faceless New York film executive. She wakes up early to prepare the office before anyone else arrives, cleaning his desk, tidying the kitchen and finalizing his day. She works alongside two male assistants who have a confidence and lack of concern that Jane has yet to master. She is relatively new, and, we get the feeling that as a woman she isn't totally welcome in the boys' club that is a film production company. She still slips up, saying the wrong thing to her boss' wife when she calls asking frantic questions about his whereabouts, forcing her to type up dejected apology emails through teary eyes.

Her day is generally mundane, figuring out the logistics of his trip to L.A. and putting out administrative fires that pop up. But amid the undercurrent of banality, Jane becomes increasingly uneasy. There are a number of pretty young women that flow through his door late at night, leaving behind earrings and stains on the sofa. And then there are the ones he hires and then meets at fancy hotels in the middle of the day. She prints off headshots of beautiful faces, arguably part of the job for a big wig producer, but the jokes made by production executives - "I wouldn't sit on the couch" - heighten her concern.

Unable to let it go anymore, Jane sneaks off to speak with an HR representative (Matthew Macfadyen) who listens briefly before turning the script on her, implying that perhaps she's jealous of the young waitress that her boss hired on as a fourth assistant, or that she's merely tired and overworked and letting her emotions get the best of her. It's not worth losing her job and robbing herself of her future over the company's worst kept secret.

"Don't worry," the HR rep says as Jane leaves his office. "You're not his type."

She retreats to her desk to compose yet another apology email; everyone already knows about her quote-unquote lapse in judgment, including her boss who isn't worried about any potential repercussions. Everyone is on board with turning a blind eye, leaving Jane resigned to selling her soul to the Hollywood devil for career advancement instead of following her gut and doing the right thing.

"The Assistant" is a very quiet film. I mean this both literally and figuratively. There is more ambient noise - the clicking of computer keys, the running of the industrial printer, the beep of the microwave, laughter and dialogue taking place off screen - than there is actual dialogue, and we follow our lead throughout her day in mostly silence. Garner has the right kind of screen presence for Jane, equal parts wide-eyed innocent doe and awe-struck fiery moralist.

Green makes the right choice in not showing us the Weinstein character, leaving us with just his voice in an angry call and his legs as he sweeps in and out of the office. Not much happens throughout the film (unless you count Jane's multiple phone calls and propensity for Fruit Loops cereal), and the few tense moments we are offered defuse before we can really stew in their thrilling fervor. However, it is still a poignant film on a subject that remains at the forefront of everyone's mind in an industry that is still correcting itself, perhaps not quickly enough. Despite the lack of excitement you would expect to find in a film like this, it does keep us on the edge of our seats, hopeful that the perp is caught and the women liberated.

The statement Green is trying to make is obvious: Weinstein is the villain, but he had plenty of sidekicks to go around. Just because we've cut the cancer doesn't mean there aren't infected cells still intact, festering under the surface, and such disease is introduced early on. Even the assistants aren't immune to doing bad things to get ahead.