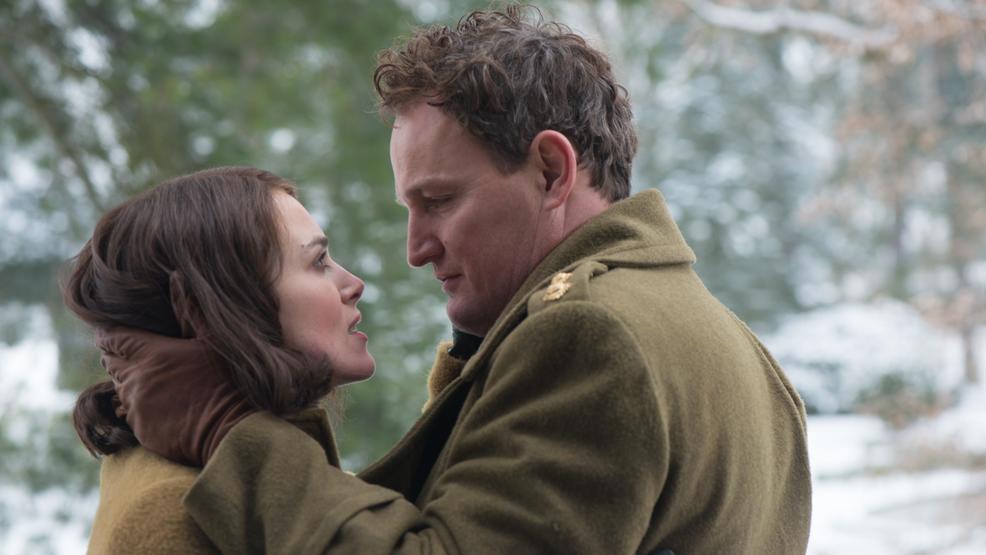 Keira Knightley and Jason Clarke in the film THE AFTERMATH. (Photo by David Appleby)
SEE MORE

Review: "The Aftermath" is a period piece trapped in a love triangle

In the aftermath of “The Aftermath”, I’m left a little hollow. On paper, it’s a film I would normally dive into headfirst. Drama, romance, intrigue, a dash of history and a smidge of sex. I’d pregame it with a rewatching of “The English Patient” over a hearty soup. I’d be fully loosened up for all the glorious and gory and gratuitous bits. Unfortunately, this film doesn’t have the sticking power that other notable period piece dramatic romances do, and I probably won’t be pairing it with a minestrone for another showing any time soon.

Based on the 2014 novel by Rhidian Brook, “The Aftermath” follows Rachel Morgan (Keira Knightley) who moves to Hamburg, Germany to be with her British colonel husband Lewis (Jason Clarke). He is tasked with the unfavorable job of rebuilding the fallen city just after WWII’s end, in the frigid winter no less. She, still reeling from the loss of their son in the London bombings, struggles to understand his compassion for people who were, months prior, their sworn enemy.

They move into a grand estate belonging to an architect (Alexander Skarsgård) and his rebellious daughter (Flora Thiemann) whom they allow to live in the drafty attic. Lewis and Rachel struggle to connect, avoiding the hot-button topic of their deceased child. Insert a hot, sympathetic German widower, and Rachel forgets her prejudice and falls for the man upstairs.

Knightley was made for a role like this. It’s an era, among many others, she frequents in a handful of the films she has chosen (please see “Atonement”, “The Imitation Game”). She’s believable in her brusque moodiness turned impassioned desperation for human connection. In that sense, we feel for Rachel and can understand her motivations.

What distracts us from this, however, is the historical thriller that is forced upon the film and that drags us to the rubble of Hamburg where we meet a young Nazi who inexplicably fixates on Lewis and half-heartedly, so it seems, plots his demise. The architect’s daughter is also a pawn in this somehow, seeking to rebel against her father and the foreign invaders living in her home. The film never makes clear her motivations or those of her mother. Are they both Nazi sympathizers? Is she merely young and stupid? Is it both?

Even with my limited knowledge of WWII, it is easy to guess that the reconstruction of Germany post-war was not pretty. Bodies were still buried in the rubble. Resentments brewed towards the Allied occupiers overseeing the restoration of the country. That is interesting stuff, but what little is offered in the film does not give us a clear and concise understanding of what was happening and why. Just when we do get invested in the politics of the time and place, we’re thrown back into the relationship drama, the will-she/won’t-she leave her husband to be with a man she barely knows.

The film, without the luxury its printed counterpart has of filling four hundred pages, is stretched too thin by its many sensibilities, thereby doing none of them very well. It’s a period piece trapped in a love triangle with a last minute makeover as a war thriller. Character development is lacking, and there are far too many long, suggestive looks from across the room and far too few meaningful character and plot developments to make it an interesting watch.