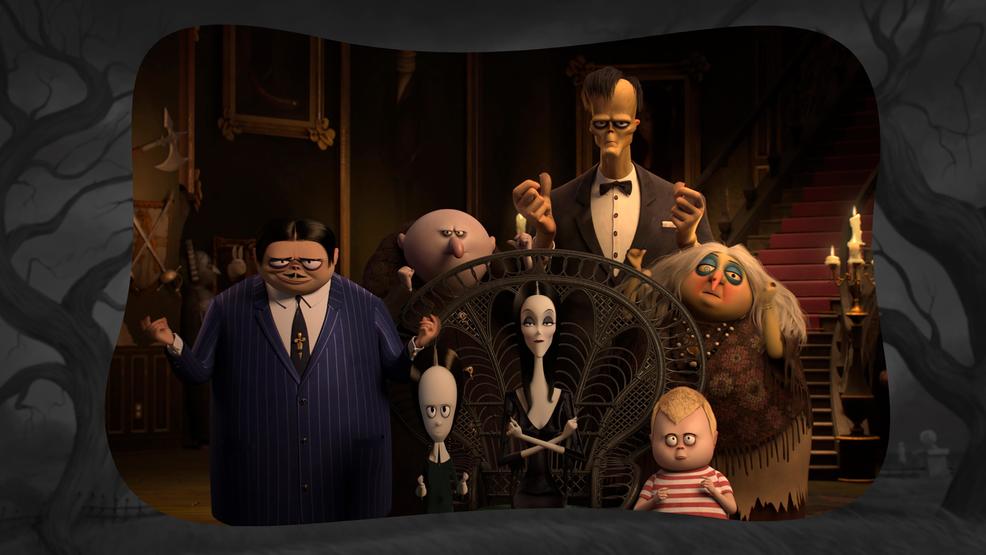 Hardly a decade has passed since the inception of the original cartoon, which appeared in a 1938 issue of The New Yorker, without some new iteration of "The Addams Family". Chances are you have some association with it. Perhaps Anjelica Huston is the Morticia you grew up emulating, with her stick-straight ‘do and blasé nature. If not, then Carolyn Jones is your girl. There was also Darryl Hannah in a short stint, and then Bebe Neuwirth, for those fans of live theater.

In terms of animation, “The Addams Family” was a cartoon for one season in 1973, then again for two seasons in 1992. Now, 27 years later, animators are revisiting the macabre family to introduce a new generation to Gomez, Morticia, Wednesday, Pugsley and the rest of the bizarre bunch that have delighted fans for 80 years.

“The Addams Family” is the first feature film that gives audiences a small history on how they came to be. Opening at the wedding of Gomez (Oscar Isaacs) and Morticia (Charlize Theron), the film doesn’t assume the audience has any prior knowledge of past works as, most likely, the average viewer wasn’t even born the last time the family was reimagined. The morbid nuptials – Morticia powders her nose with the ashes of her parents and walks down the aisle with just rose stems – are interrupted by an angry mob of neighbors, afraid of those strange people who threaten their world view simply because they’re different.

Eager to escape persecution, Gomez and Morticia flee, settling in a “horrible, corrupt” place called New Jersey. In an abandoned asylum atop a fog-covered hill, the couple raises their children Wednesday (Chloe Grace Moretz) and Pugsley (Finn Wolfhard) to find value in the creepy and dangerous aspects of life. Wednesday is best friends with Ichabod, a whomping willow of sorts, and she yearns to explore the world outside her home’s closed gates. Pugsley is preoccupied with his upcoming knife-wielding dance recital that, in the Addams family tradition, is performed in front of the entire extended family and marks his transition into manhood.

The arrival of Margaux Needler (Allison Janney), her HGTV-knock off home improvement show and phony chipper attitude means trouble for the Addams family. At the base of the asylum-turned-family-home, Margaux has created a Stepford-esque village dubbed "Assimilation". The houses are generic and safe, and the town slogan, as sung by the local cheerleaders, boils down to, "Why be yourself, when you can be like everyone else?" When another mob of irrationally and unreasonably angry townsfolk buy the crud that Margaux is selling about the odd family at the top of the hill, the Addams gang must stick together and show the world that they aren't evil or mean-spirited, but merely different than most.

In putting together this film, the rights to the franchise were originally acquired in 2010 with the idea of a stop-motion feature directed by, who else, Tim Burton, a move fans of Burton and his various animated ventures like “Corpse Bride” and “Frankenweenie” craved vehemently. However, MGM swooped in with intentions for their own animated feature, and now here we are, left with a decent, cutesy film that expands the Addams’ universe, but does little to help it progress towards something greater or new.

In fact, it feels a lot like an extension of the most recent animated television show, though naturally the medium of animation has changed quite a bit in nearly 30 years, and so we aren't seeing hand-drawn cells, but rather computer generated art. As such, it takes a minute to settle into this medium. At first I was reminded too much of a video game, preventing my full immersion into the story and the characters I knew and loved. It grows on you, and the story has a simplistic, wholesome feel to it, despite the fact that the characters are obsessed with death and constantly concocting ways to kill one another.

But that's the beauty and timelessness of "The Addams Family". Their message, disguised behind the sharp blades of whirring knives and the click click click of ticking bombs, is universal and cross-generational. This iteration surely won't replace your annual Halloween viewing of "The Addams Family" or "Addams Family Values" but perhaps it will revitalize the franchise for a younger audience who could use a healthy dose of safe, but quirky comedic satire.