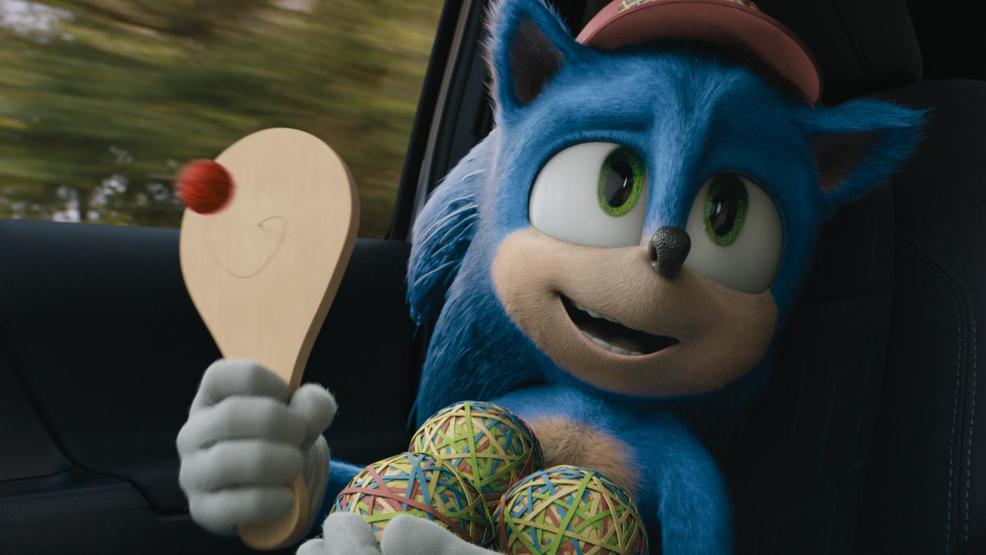 Review: Sonic the Hedgehog is a fully realized character trapped in a two-dimensional film

Despite a litany of issues that have preceded its release (including but not limited to: switching studios from Sony to Paramount mid-development, a complete overhaul and redesign of the titular CGI character following public outcry (mainly on Twitter and blogs, but still) just six months before it was meant to hit theaters, and a release date delayed three months), the filmmakers behind "Sonic the Hedgehog" have managed to pull together a juvenile film that is sure to delight the youngest demographic, but few others.

Sonic the Hedgehog first entered the public consciousness in 1991 for the Sega Genesis, eventually becoming the company's flagship property and making Sega one of the leading video game companies of the 1990s. There were talks of creating a live-action feature film as early as 1994, but that was tabled until over two decades later. And while you would think grown, adult fans would relinquish their personal grasp on the fictional character, it became brutally obvious that properties so beloved are guarded over with tooth and nail . When first look footage of the CGI Sonic released in May 2019, critics deemed the CGI Sonic was proportionally absurd - too long and lean with strangely tapering legs and, to everyone's horror, a mouth full of teeth. The claws came out and director Jeff Fowler had no real choice. Merely two days later, he announced Sonic's overhaul and complete redesign.

What came from this forced reimagining is a much more visually palatable character, a cute and charming Sonic (voiced by Ben Schwartz) with a personality to match his big round features. Limbs were returned to their cartoon-ish looks, and his overall appearance matches that of Schwartz's bubbly voice. In this adaptation, Sonic is living on Earth as a refugee, sent away from his own world to avoid persecution by shroud-covered, Ewok-looking villains who target him because of his unusual speed. He can travel through space using a gold ring that widens into a portal and leads wherever he wants it to take him by merely bringing the location to his mind.

Lonely and bored, forbidden from interacting with anyone on Earth, Sonic bides his time spying on the residents of Green Hills, Montana, a sleepy little town overseen by Sheriff Tom Wachowski (James Marsden), the man he calls "donut lord" who yearns to go somewhere he'd be able to put his life on the line in order to save another's. Sonic, only ever seen by local wildlife and "Crazy Carl", yearns for social interaction after years of solitude. It is this deep sadness in a moment of overwhelming despair that sends bolts through and out of his body, causing an electrical surge and subsequent power outage across the greater Green Hills area.

Naturally, the United States government becomes involved to investigate what is deemed a potential terrorist attack. They send in, not armed guards or the CIA...but Dr. Ivo Robotnik (Jim Carrey), a spindly-mustached scientist with a genius-level IQ, a maniacally villainous laugh and enough confidence to fill a swimming pool. What Carrey did for the Grinch, he repeats here, offering a full-body performance that is certainly the highlight of the film. He dances on screen and provides the most true laughs, if not written in the script, through his delivery and the charm built into the rapport he's established over decades with audiences. We delight in the subtleties of his performance, however ridiculous and over-the-top they may be.

When Sonic loses his rings in San Francisco, he ropes Tom into driving him there so that he may retrieve them. Now that humans know of his existence, he must travel to a new, safer planet. Hijinks ensue, mainly in a biker bar involving line dancing, dart throwing and a bottle-smashing brawl. Sonic experiences the world for the first time in his life, and his friendship with Tom becomes almost too good for him to leave behind.

Can he defeat the brilliant Robotnik and save his new friends? Will he leave Earth forever? WHAT SUSPENSE!

Not really, of course. Sonic is a surprisingly fully realized character trapped in a two-dimensional film. Though the script has all the elements you would expect and hope from a video game adaptation, there is a secret ingredient that didn't make the cut, a je ne c'est quoi that, unfortunately, got lost somewhere in the many changed hands. So don't expect a Sonic-speed rush to the movie theater this weekend.