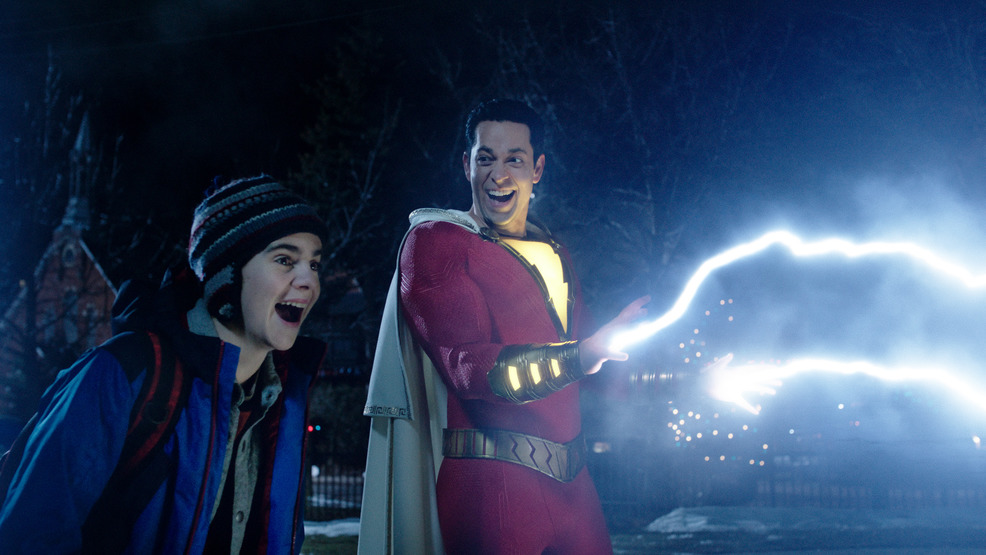 Review: 'Shazam!' is simple, easily-consumed entertainment at its finest

As if to complement – or perhaps combat – the surge of very serious, very backstory-heavy superhero adaptions that have flooded the market over the past few years, DC Comics has reverted back to the golden age of soapy storytelling (referring to classics from the 1980s and 1990s, obviously) with “Shazam!”

I write this with sincere and heartfelt endearment: with its family-friendly, family-centric storyline and simplistic-bordering-on-ridiculous origin story, “Shazam!” is easy-consumption entertainment at its finest.

Based on source material from 70 years ago (and not to be confused with the 1996 musical fantasy comedy “Kazaam” starring Shaq), Shazam was, believe it or not, the original Captain Marvel, a title the character held until lawsuits and other legalities forced the creators to find an alternative name. Shazam, an acronym for Solomon, Hercules, Atlas, Zeus, Achilles, and Mercury, was then born.

In its most recent incarnation, Asher Angel stars as Billy Batson, a troubled youth orphaned by his mother at the tender age of three. He runs away from every foster home he’s been put in until he’s placed into misfit’s paradise: a quirky home run by sympathetic former foster kids.

For reasons we aren’t entirely sure of except that he is dying, the Wizard Shazam (Djimon Hounsou) throws a Hail Mary and transfers his powers onto Billy. He is the last of the magical guardians who keep the Seven Deadly Sins from terrorizing the human world. Billy can access his newfound “gifts” by saying the magic word, “SHAZAM”, and voila! His body transforms into that of a bonafide superhero (Zachary Levi), who is bulletproof, can fly and, most importantly to the average fourteen-year-old, can buy beer without a fake ID.

When the Envy, Greed, et all decide to name their own antihero (Mark Strong), it is up to Billy/Shazam to save the world, basically.

Though you would expect it to, “Shazam!” doesn’t shy away from its obvious likeness to “Big”, the 1988 Tom Hanks film about a 12-year-old who wakes up to find himself in a man’s body. And perhaps that is the perfect comparison for a movie that doesn’t carry the same weight as its DC Comic brethren, films like “Wonder Woman” and “Aquaman”, and instead plays more like a comedy of yesteryear than a modern comic book adaptation.

It’s a film that, if we had eyes in the future, might be a sort of cult classic for the current generation of young adults, a feel-good action flick that ruffles no feathers, makes no outright political statement and bides its time focused purely on entertaining. Its tone is light, as are the performances. Jack Dylan Grazer as one of Batson’s foster siblings repeats the funny kid schtick he brought to “It”. And it works. Levi is the perfect level of bumbling teenager without drawing too many eye rolls.

From a writing standpoint, Shazam’s backstory is hardly award-worthy and there are pretty much an unlimited number of questions we could ask. But that’s not what we want or need from this immature superhero. It’s like if we demanded details on how Betelgeuse became a purveyor of wishes in the afterlife or at what point is feeding a mogwai after midnight safe? 6 a.m.? 7 a.m.? When is it morning and no longer “after midnight”?? I would really like the answer to this one, actually.

The history of Shazam is long and fraught with confusing twists and turns. Luckily, the film doesn’t attempt to cover any of it, instead narrowing the big points down to basic plot development and revving up the funny for a new generation of kids to enjoy.