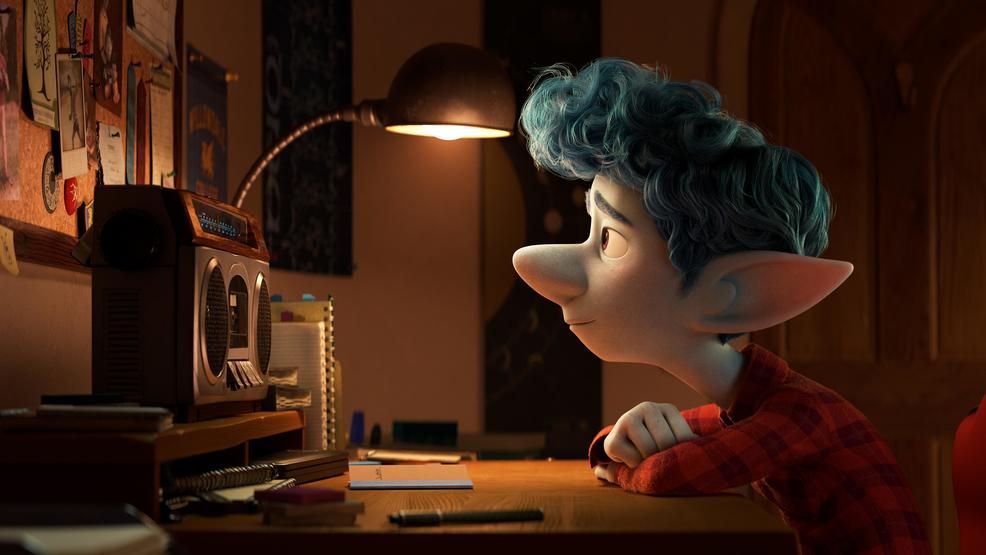 Review: Hold onto your seats, 'Onward' is a charming, funny, but very emotional ride

If there is one certainty in life, it is that a Pixar film will make you cry. Guaranteed waterworks is as iconic as their bouncing desk lamp mascot, and it's an aspect of their films that is ingrained into the company's DNA. To enter a theater screening a Pixar film requires you to bring the tissues and then brace for impact.

Their newest film "Onward", is an example of - not an exception - to this precedent. Set in a suburban fantasy universe where unicorns, elves, centaurs and wizards roam the land, "Onward" tells the story of Ian (Tom Holland) and Barley (Chris Pratt) Lightfoot, two very different brothers raised by a single mom (Julia Louis-Dreyfus), having lost their dad before Ian was even born.

Barley is boisterous and self-assured, obsessed with a "Magic the Gathering"-type game that uses stories and myths from the old world when magic was still alive and the mystical creatures hadn't succumbed to cushy, modern living. Ian is soft-spoken and shy, lacking the confidence of his older brother. When Ian turns 16, their mother unveils a gift left to them by their father: a magical staff with a spell to bring him back for one day.

There wouldn't be a story if things didn't go awry. When the spell misfires and their father is brought back, but only up to his waist, Ian and Barley are sent on a quest of epic proportions in a race against time to retrieve a gem that activates the staff and finish the spell before it's too late.

Pixar has the uncanny ability to take ridiculous storylines that, on paper, seem too outlandish to work and humanize them through detail, wit and the wizardry of animation. "Onward" is a sweet, heartfelt ode to brotherly love. Pratt brings his usual charm to the voice of Barley, delivering the film's most comedic scenes and one-liners. Director Dan Scanlon who also co-wrote the film creates a fully-realized world that maybe could have benefitted from a little more backstory. Though the focus is on the Lightfoot brothers, it is a true joy to watch the other characters - in particular, a gang of biker pixies who deliver the film's funniest moments - and we wouldn't have dismissed more creatures, less quest if given the choice.

The sad, tear-inducing aspects of the film will generally go over the heads of the youngest in the audience. The real one-two punch of overwhelming emotions, followed by not-so-covert-side-wiping-your-face-under-the-pretense-you're-just-resting-your-hand-there will be felt by the older audience, mainly parents who can't help but envision their own little babes growing up without them. I mean, do you even need to be a parent to be struck by it? It's heartbreaking, particularly the ending, which won't be spoiled in this review.

Pixar is no stranger to death. How many of us had to explain miscarriage and infertility to inquisitive minds in the opening montage sequence in "Up"? Heck, Miguel inadvertently travels to the Land of the Dead in "Coco"! But there is a stronger undercurrent of loss in "Onward" for both the kids who can understand it and the parents who aren't anticipating it. Hold onto your seats; it's going to be a charming, funny, but very emotional ride.