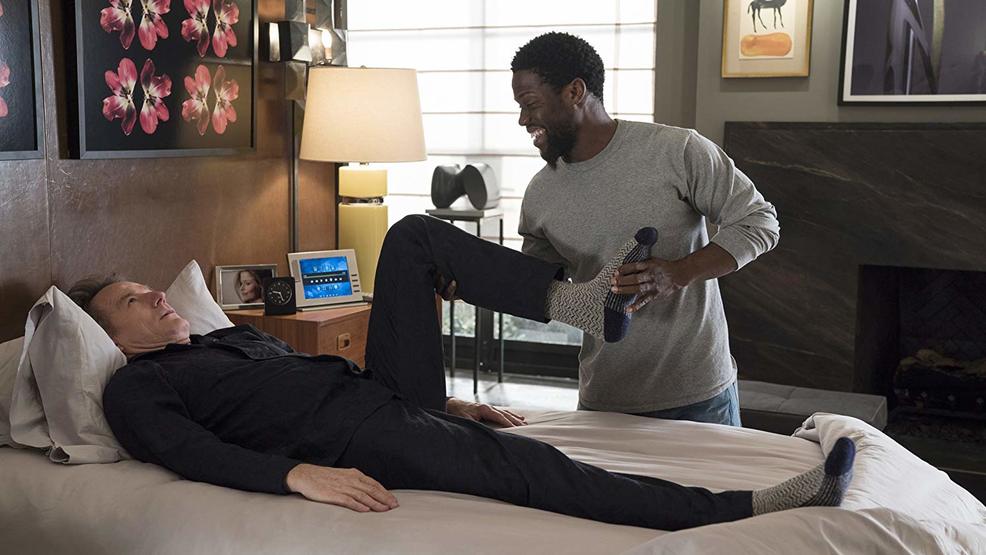 We kick off the new year, not with a bang, but with a whimpering dramatic comedy called ‘The Upside’, a film that feels a little too strategic, a little too perfect in its plot and characters, and, ultimately, a little too forgettable to recommend.

Kevin Hart, the man of the moment – not for his career which has seen better box office numbers, but for last month’s infamous canning as Oscar host – stars as Dell, a deadbeat dad with no drive, skillset or work ethic. In and out of jail, he is scouting for signatures to prove he’s actively job hunting and avoid breaking his parole when he stumbles into an interview for “life auxiliary” services.

Phillip (Bryan Cranston) is the human needing those "auxiliary" services. An incredibly wealthy businessman and stalwart fine art collector, Phillip has been a quadriplegic since a tragic paragliding accident. He’s curmudgeonly and aloof, doesn’t keep assistants for very long and has been kept alive primarily by Yvonne (Nicole Kidman), an executive from his company who has stepped up to oversee his care.

Against Yvonne’s recommendation and despite the fact that Dell has never wiped food from another person’s mouth, let alone changed a catheter bag, Phillip hires the ex-con. After some growing pains, their relationship becomes oddly symbiotic, each learning something about life from the other, changing their destinies irrevocably.

Though it is based on a true story, Hollywood has the uncanny ability to make us feel like we’ve been there, seen that. This isn’t to say that all quadriplegic stories are the same, but perhaps ‘The Upside’ parallels too much the mediocre adaptation of ‘Me Before You’ if it were turned into a buddy comedy and given a happier ending.

Or perhaps it’s the clichés that are hard to swallow in this newly bourgeoning year of 2019. The ghetto, ignorant, slang-heavy black man is introduced to opera and art and given a mission in life by the smart, educated, sophisticated white guy, who in turn has trouble with love and must be shown how to “let loose” and let live or live as best he can, given the unfortunate circumstances.

They aren’t forbidden tropes, particularly as this is based on real people, but that designation comes with a small asterisk. The real-life memoirs of Philippe Pozzo di Borgo and his life auxiliary Abdel Sellou were first adapted onto the big screen with the 2011 French film ‘The Untouchables’. The translation to American audiences is riddled with difficulties, namely the aforementioned clichés it pigeonholes each character in, but what becomes a nearly insurmountable problem for the film is that we aren’t surprised or delighted by any one revelation because we can spot the formulaic writing from the onset. In fact, we see how it is going to unfold well before it actually does, and this, naturally, takes out a large stake of the fun in going to the movies.

The film manages to squeeze out a few laughs, mainly due to the comedic timing and physicality of Hart and Cranston. The pair also has surprising chemistry, keeping the film afloat even during the heavy bookkeeping we have to sludge through to set us up to get to the heartwarming bits. Even then, when we get to the scenes that matter, there’s an inauthenticity that you can’t shake. Hart and Cranston, though talented, can’t get us where we need to go in order to make the film work. What’s left is a shell of the story without many highs or lows, just a steady stream of adequate.