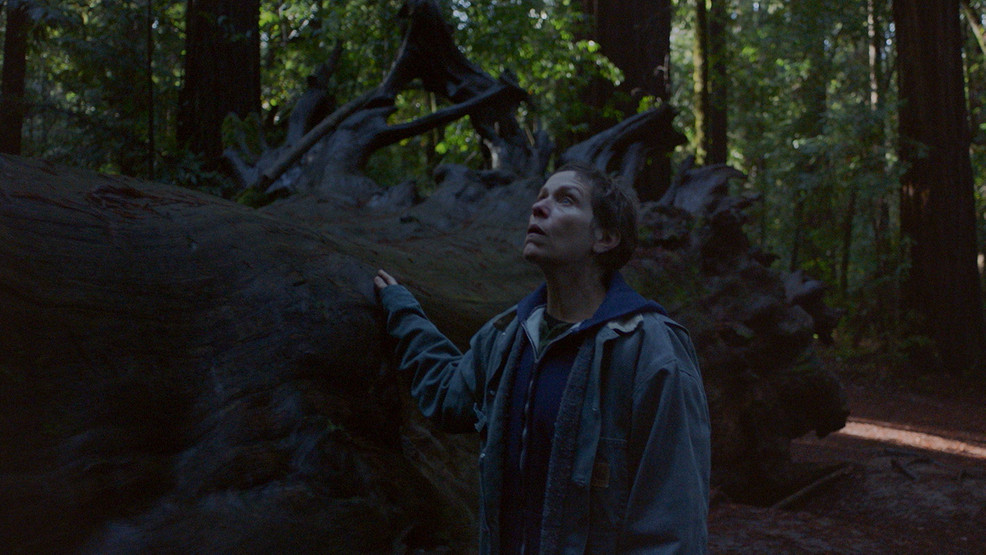 It may be difficult to separate two things when describing the premise of "Nomadland". The film, which made history as the first to win both the Golden Lion at the Venice Film Festival and the People's Choice Award at TIFF, details the life of a newly minted, modern American nomad who lives and travels the country in a van, working odd jobs and surviving thanks to the community of like-minded people.

But there is also a trendy movement of young, adventurous adults who have used the pandemic to get out and roam, posting selfies in camper vans from iconic photo opps in state parks... while they work "remotely" from their high-paying jobs. I say difficult to separate, not because they are so similar in any respect - the latter group most certainly is not thrifting for essential items or working janitorial jobs along their journey - but because what once was a lifestyle for those either forced into itinerant labor during their "golden" retirement years or called to transiency by personal and/or professional tragedies - has now become ironically mainstream. Being, or appearing, thrifty and "living on the land" is cool again. Minimalism is hip.

It's unfortunate in some ways that "Nomadland" has to weed through this new subsect of traveling influencers and our very current association with them and their unremarkable journeys. Despite this (or perhaps in light of) this new movement, and though it was filmed in 2018, a year and a half before the onset of the COVID-19 pandemic and the shutdown of the world, "Nomadland" is still the most timely film this year, a raw and real exposé of an oft-forgotten population of Americans in a story that is as beautiful as it is devastating, an ode to the virtues and atrocities of our great, but flawed country.

Based on the 2017 nonfiction book "Nomadland: Surviving America in the Twenty-First Century" by Jessica Bruder, the film works so well thanks to writer-director Chloé Zhao who used guerrilla producing and filmmaking to get it made. For one, she sent producers out into nomad communities. They would send her pictures, videos and descriptions of real-life nomads, some of whom were then cast in the film and contributed enormously to its authenticity and, as Zhao has stated, to the script itself. The production team - including Zhao and the film's lead Frances McDormand - lived out of camper vans as they traveled America's West, getting incredible remote shots only available to those willing to work for them.

Fern, played by the incomparable McDormand, lost her livelihood following the financial crash of 2008. By 2011, their home in Empire, Nevada was decimated. Everyone, both residents and industry, left. After losing her husband and with nothing keeping her there, Fern takes on the nomad lifestyle. She works a few weeks at the Amazon fulfillment center where she meets Linda, who invites her to a gathering of others who exist to travel and travel to exist. There, she learns the ins and outs of living in your van and moving around for work. When she blows a tire, new friend Swankie (played by a real nomad of the same name) helps her out and wakes her up to the importance of self-survival skills and preparedness. Swankie, a veteran of the trade, has been diagnosed with cancer and is choosing to spend the months she has left seeing the places she loves and making memories rather than hunkering down for treatment at a hospital.

Therein lies a point Zhao is eager to make: the system we have set up for the elderly or those who don't fit into a 9-5 box is broken. Living without a traditional home is a choice for many, but possibly not their first choice. Fern is running - from the memories of her husband, from the feeling of failure, from what once was - but she also has no option but to keep moving on to the next until eventually on the road is the only place she feels at home, returning to jobs season after season, visiting her friends at each destination but never with a final destination in mind.

Fern makes a connection with another nomad Dave (David Strathairn), and their friendship weaves in and out of her travels, from Nevada up to Wall Drug in South Dakota. When David moves in with his son after the birth of his grandchild, Fern struggles to understand his choice. She visits with her own family and cannot understand the wholly domestic life she herself once lived. The nightstands in the bedroom, the mundane discussions about real estate. It's all so banal compared to the vibrancy and thrill of floating naked down a river, no one else for miles. Or sitting on the edge of the canyons overlooking the Badlands.

There is no doubt, however, that the film, though it is set across the country with sweeping shots of America in its most intimate glory, poignantly highlights the constricting life many lead, with few choices and a very unglamorous day-to-day. This is also a give-and-take. To live untethered means plenty of options, but often the only consistent companion is loneliness. The title is a clever double entendre, referring to the nomad's land that encompasses so much of this country, but also to no man's land, how many metropolitan residents may refer to said parts of the country. The strong undercurrent that courses throughout the film is that of hyper realism. Fern is everyone and no one. A nomad and no man. Significant and also so very insignificant. Zhao not only nails this American story, she revolutionizes it.

"Nomadland" is available to stream on Hulu.