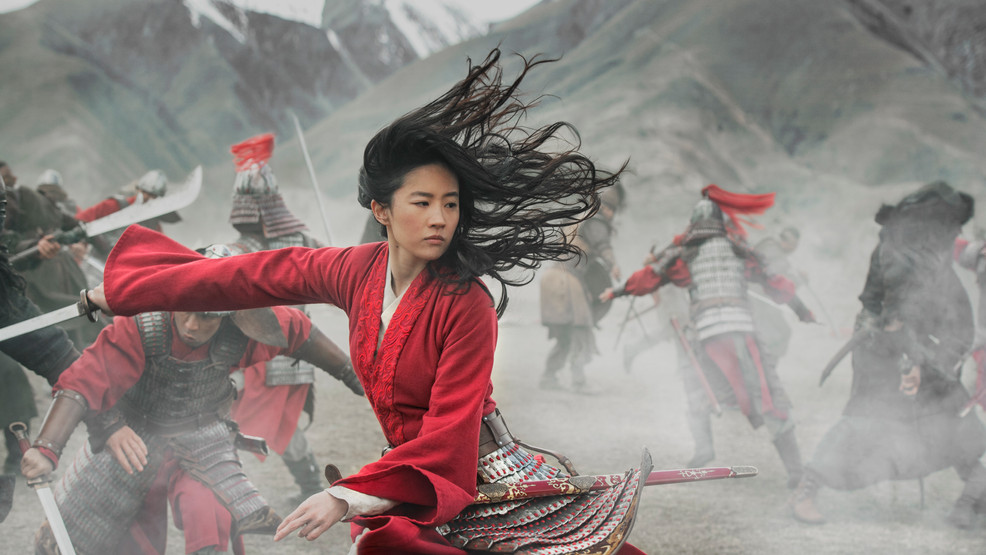 Review: Live-action 'Mulan' is unrecognizable for fans of the original

There is a lot of pressure riding on "Mulan", Disney's latest live-action adaption. For one, its $200 million price tag, even with a traditional release, would have required a lot of Millennials to rush to the theater. Factor in a global pandemic, a sliding economy and no tangible end in sight, and Disney's best hope in recouping their money is by charging $29.99 to those who already pay for a Disney+ subscription.

I understand it. I support it. I just wish the film wasn't so tepid. I wish, in laywoman's terms, it didn't feel hollow.

"Mulan" tells the story of the titular character, Hua Mulan (Yifei Liu), a young girl living in rural China. She has a very particular skillset, an inner power that translates to grace, agility and strength. As a child, she flies down shingled roofs, gliding from one end to another like a wireless trapeze artist. However, a woman's place in traditional Chinese culture is to be neither seen nor heard, and as such, Mulan must dim her shine to accommodate everyone's expectation of her, particularly her father's. In such a repressive society, the only way she can bring honor to her family is to impress the matchmaker and nab a husband, a seemingly innocuous task that proves impossible from the smart, free-spirited Mulan.

Meanwhile, the Rourans, a fearsome tribe of barbarians led by hulking, scar-faced Bori Khan (Jason Scott Lee) alongside the witch Xianniang (Li Gong) whom he has enslaved to do his bidding, have overtaken a northern outpost and are a threat to the rest of China. The Emperor decrees that one man from every family must join his Imperial Army to defend the nation and its people. Mulan's father (Tzi Ma), though an honored warrior, is old, weak and incapable of surviving another fight, though he willingly registers lest his absence brings dishonor to his family.

Mulan makes the courageous decision to dress in her father's armor, steal his sword and sneak out in the dead of night. With her chest strapped down tight and her voice lowered to an unconvincing growl, she joins the Imperial Army in her father's place. There, she learns archery and is pushed to her limits, that is, until she allows her true potential to rear its gorgeous, kick-ass head. When she can fly past swords and shoots arrows with the kick of her foot, only then has Mulan found her true self once more. She is the only hope the Emperor has in facing off with another powerful female force and the evil brute behind the vengeful plan.

I say this with pure irony: "Mulan" needs to give us a smile. The film is humorless and heavy. It ditches the musical numbers and ample comic relief of the animated version, from Cricket to Mushu to nearly every male character, save the villain and love interest. This iteration takes itself very seriously. It's hard to enjoy even a well-known, well-loved story when the film focuses too much on aesthetics and hardly at all on character development and relationships. It moves quickly through plot development that it frequently feels like we are skimming through the story. In this way, Mulan herself is like a stranger by the time the credits roll, and her comrades in the army are bumbling fools whose true underbellies are never revealed.

It is refreshing to see the studio at least try to make this one different from their 1998 hit, turning our heroine into a martial arts master, an aspect of the film that really works and gives ample credit to wuxia films that came before it (think the wired acrobats of "Crouching Tiger, Hidden Dragon"). Director Niki Caro alongside cinematographer Mandy Walker bring a female perspective that is necessary and often overlooked in a film with a strong female lead, particularly one who moves and acts like a moral, sword-wielding super hero. But "Mulan" is ultimately a disappointment, unrecognizable for fans of the original and offering very little for those looking for a film that stands upright on its own merit.