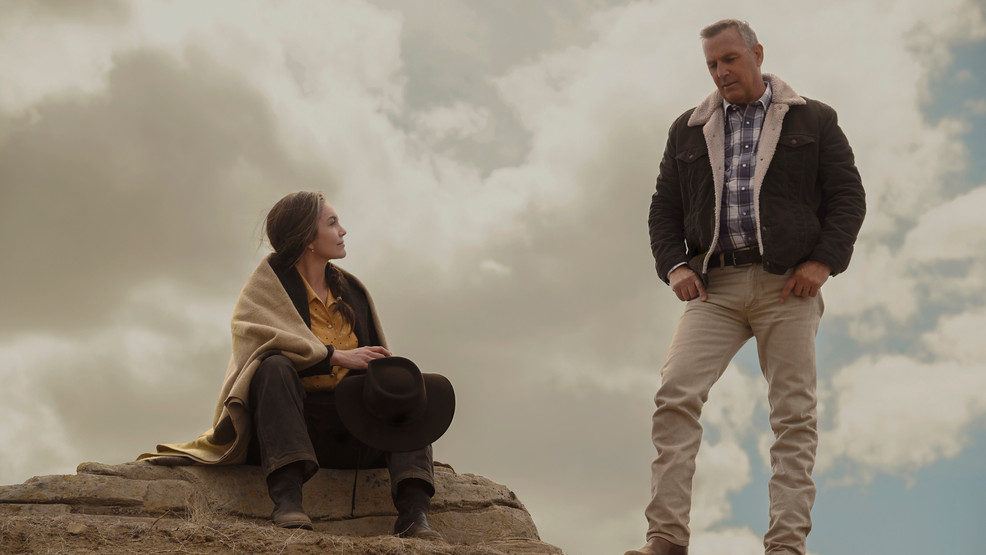 Review: 'Let Him Go' will leave you biting your nails, itching with anticipation

There are few films of recent memory that give you permission to both fall in love with some of its characters and want the rest dead. Based on the novel of the same name by Larry Watson, "Let Him Go" is just that, a family drama that builds suspense slowly and peaks with a finale the size of the Rocky Mountains. Veterans of their craft, Kevin Costner and Diane Lane star as George and Margaret Blackledge, a long-married couple who lose their adult son James when he's bucked off a horse. This is 1960s Montana, both in the physical setting of the film as well as the feel that writer-director Thomas Bezucha achieves. The smallness in each scene makes it play like an "on the range" indie drama, something like 2018's "Wildlife", which is in direct contrast with the big emotions that "Let Him Go" eventually elicits with an epic showdown we'd expect to see in other, louder neo-Western thrillers ("Hell or High Water", "Fargo").

The trouble starts when James' widow Lorna (Kayli Carter) marries Donnie (Will Brittain), a member of the Weboy clan from rural North Dakota. Carter portrays Lorna with an understated, but very palpable un-likability. She wears a perpetual scowl, a R.B.F without a personality to redeem her. She is the easiest target here to blame for what ensues. Had she perhaps been stronger, less beguiled by a good-looking man willing to marry a widow with a young child... Carter takes Lorna's insecurities and doubles down on her viewer repellent, so that, by the end, we don't quite hate her. We pity her.

Anyways, Lorna moves out of the Blackledge farm with her young son Jimmy and into a small apartment in town. Her former in-laws don't quite approve, but they keep quiet, content with the proximity to their grandson. Until one day, Margaret pays them a visit, only to find they've left, collected all their belongings and moved without any explanation.

Margaret had witnessed Donnie's troubling side, an episode of casual domestic violence on a public street, hitting Lorna and pushing Jimmy around. She fears what he does in private and what will happen without someone to stand up for the two. She convinces George, who is none-to-pleased to get involved, to help her track them down. Ex-law enforcement, George uses his connections which leads them on a road trip to North Dakota, a beautiful, but bleak and quite uninhabited part of the country, particularly 60 years ago. They meet a friendly, wayward youth Peter (Booboo Stewart) who has run away and is living on the land.

Costner, always understated in his performances (we choose to forget "Water World"), says more in his silence than he does with any of the script's dialogue. He is the antithesis of Lane's faux-cheerful Margaret. Even in the tense scenes, Costner doesn't need to raise his voice in a large dramatic fashion, and when his character is physically hurt in a very moving scene that completely changes the tone of the film, he doesn't scream and flail his body, beleaguering the point. He faints, crumpling to the ground like a rock slipping into water.

George and Margaret don't know what they are up against when they meet Donnie's family, a Midwestern mafia spanning much of the state overseen by Donnie's mother, Blanche (Lesley Manville), a loud, hard-edged matriarch who doesn't take too kindly to Jimmy's grandparents showing up, threatening her son's position as new husband and stepfather. Blanche is the villain of nightmares, blunt, but dangerous. The Blackledges approach Lorna at her work, hoping to persuade her to go home with with them, Jimmy in tow. And for a time, we think it is going to happen. Lorna may be miserly, but she cares about her son's health and happiness.

Which is when Blanche flexes the true power she holds in her family and over the small town. George is horribly injured in the confrontation, and their morale is busted. As they make their way back to Montana, tired and defeated, George finds another wind, putting into motion a chain of events that set off like fireworks on the Fourth of July. Even the Weboy clan can't combat a grandfather scorned.

"Let Him Go" will leave you biting your nails, itching with anticipation for the ball to drop. Bezucha creates a rich, feverish tension that builds from scene to scene, and the stand-out performances of Costner, Lane and Manville give the film, an otherwise small story about the enduring and unwavering strength of familial love, a powerful punch. Not until the final few moments do we feel in the clear, able to breathe a sigh of relief, grateful for the journey and ready to let all of them go.