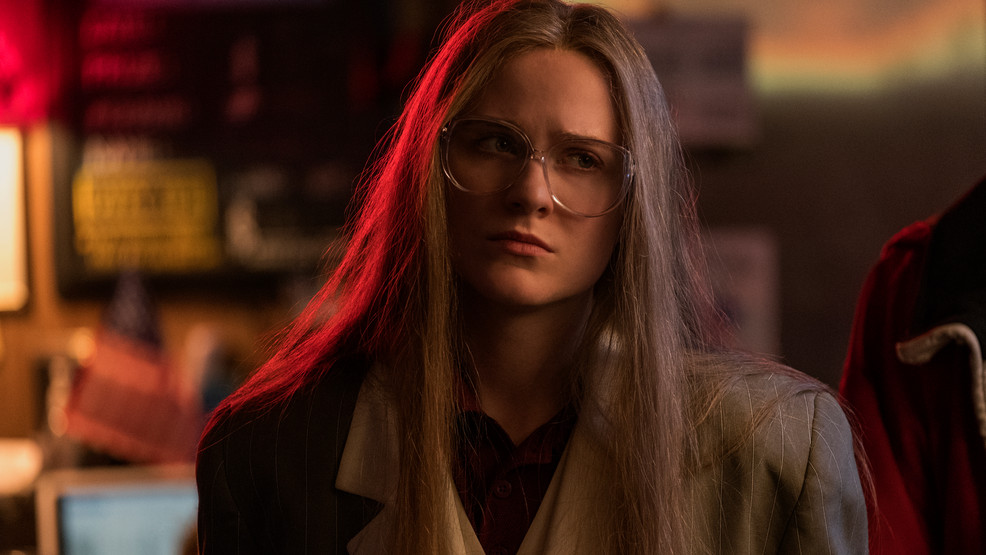 Review: 'Kajillionaire' is a true master class on quirk

However, the shock and awe of their disturbing lifestyle is not our focus here. It is their utter lack of social graces and inability to connect with others that makes 'Kajillionaire' work so well. It is because Evan Rachel Wood is deeply vulnerable, like a lost puppy roaming the streets in a snow storm, and because her on-screen parents, played by veteran actors Richard Jenkins and Debra Winger, reach a level of repugnance that makes you want to wash your hands.

Though the film was written and filmed pre-pandemic, you can't help but feel just how pertinent it is in our world now. Wood's character (appropriately given the unusual name of "Old Dolio") is scrambling for connection, trapped by her unstable parents and the lifestyle they lead. She knows no other way to be, and it breaks our heart to witness her slow realization that things are not like this for other people, that perhaps she's placed too much trust for too long in those who don't have her best interest.

From writer-director Miranda July, "Kajillionaire" is a true master class on quirk, a dark comedy that frequently oscillates between laugh out loud and squirm in your seat. July's characters are so outlandish, they would feel inauthentic in hands other than her own. She first ushers us through their typical day: raiding the post office, attempting to collect unsolicited reward money for items they in fact stole, bargaining for cash back from a gift certificate, and sweeping empty trash cans to collect the bubbles that overflow from the factory into their rented space. Everything they do is in search of a deal. Even Old Dolio was named after a dying stranger in the hopes they would put her in the will.

It isn't until one of their scams - taking a roundtrip flight to NY in the same day to claim the airline lost their bag and pocket the insurance money - leads them to cross paths with Melanie (Gina Rodriguez), a loud-mouthed Angeleno. She isn't totally disgusted by their conniving ways; in fact, she wants in, offering her elderly clients as victims, robbing them in their homes right under their unsuspecting noses.

Old Dolio's parents take to Melanie quickly, treating her with a respect they never showed their daughter. It isn't ever clear who is "off limits" and where they wave the white flag when it comes to their hustles. It takes a personal deception and betrayal for Old Dolio to fully understand her parents are a pair of sinking ships that will take her down with them if she doesn't start living on her own terms.

Surely there is a statement being made about mental health, but the film hooks the viewer with Old Dolio's desperate search for acceptance in a world she has never truly known. Wood's interpretation of the character - the deepness of her voice (July revealed in an interview that it is actually Wood's natural speaking voice), as well as the physical changes she employs to her gait and posture - would come off as gimmicky by a less talented performer. She imbues Old Dolio with pure naivety and without judgment; the film is worth watching for her performance alone.

Like last year's Oscar darling "Parasite", which also profiles a conniving lower class family, "Kajillionaire", on a perhaps less dramatic and more emotional level, keeps us invested. We may not like July's characters, but we need to know what comes of them. We may even find ourselves rooting for them in the end. It is certainly a strange watch, one that brings with it a consistent level of discomfort, but one that, by film's end, makes you feel like a kajillion bucks for giving them a shot.

"Kajillionaire" is now available on VOD (video on demand).