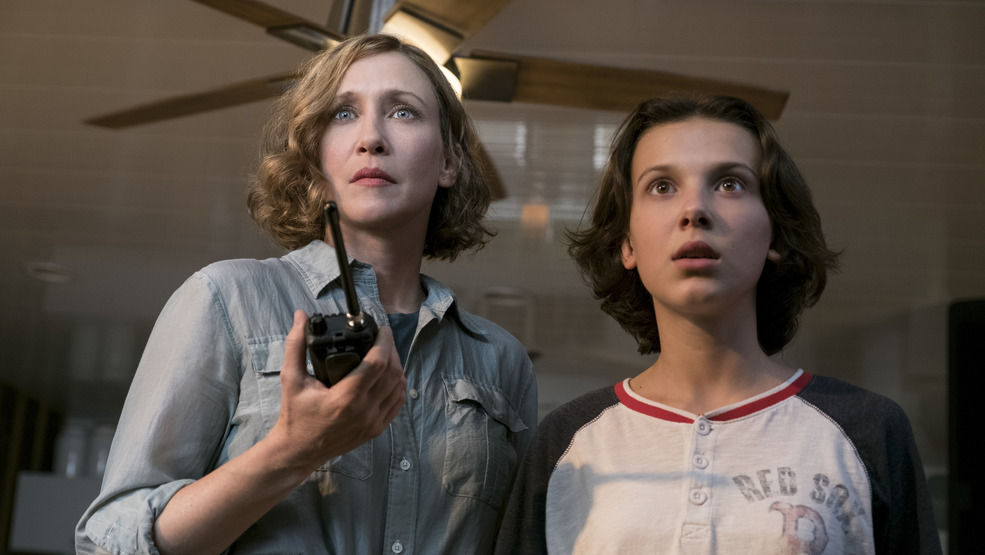 Review: 'Godzilla: King of the Monsters' is an action film on steroids

In 2014, “Godzilla” left us with a San Francisco in smoldering ruins and the very injured title character returning to his mysterious home in the depths of the ocean, having saved the world from near-guaranteed destruction by a pair of radiation-hungry MUTOs.

Five years later, Godzilla has his work cut out for him again, this time against a monster of mythical proportions King Ghidorah, a three-headed water dragon reminiscent of the Lernaean Hydra as well as the other flock of high-rise-size creatures that nightmares are certainly made of.

Right away, you know "Godzilla: King of the Monsters" is a film that is not making a push for Oscar gold, but is focused purely on packing in the entertainment punches. Perhaps this is what boxing fans find so appealing about their sport. Or even those who follow the abhorrent game of tennis, for that matter. They come for the spectacle, for the head-to-head combat of two (or more) adversaries and to watch how the bodies hit the floor.

Ken Watanabe and Sally Hawkins return as doctors at Monarch, the crypto-zoological agency – whatever that means – in charge of tracking Godzilla and keeping the other secret monsters of the world in hibernation. This time around, the Russell family is at the center of the film. Mark (Kyle Chandler) and Emma (Vera Farmiga) are the resident experts in the technology that can communicate with the beasts, and their daughter Madison (Millie Bobby Brown) astutely keeps tabs on what her parents are doing.

When a rogue eco-warrior hijacks Emma’s technology and releases the monsters to set the world back to its natural order, the Monarch ninjas must race across the world and around the clock to tame the titans. But what they quickly learn is that their only hope rests on their fire breathing king, Godzilla.

If the terminology and technicality sound vague, that’s because they are. The science, if real, is above the average viewer’s pay grade, but it also doesn’t always add up, even to us layman folk. However, we forgive the science of convenience to get from A to B in the most thrilling way imaginable. The movie runs through action sequences like my fourteen-month-old plays with her toy figurines; our human protagonists are thrown onto submarines and military jets, traversing the world multiple times, which in the brief timeline of the film, doesn’t seem physically possible. In fact, you know it’s all a bit much when, mid-action sequence, you find yourself thinking about when they sleep or use the loo or do any of the logistical things people need to do in a day.

And listen, it’s ridiculous. “Godzilla: King of Monsters” attempts to pack in so much bang, you forget why the fighting started in the first place. It’s an action film on steroids, and, like with most great terrible blockbusters, you may be guilty of laughing at a corny throwaway line or absurd scenario at least a few times before the credits roll.

Despite this, or perhaps because of it, this “Godzilla” installation is fast, fun, and pretty much exactly what we want from a sequel five years in the making. The story veers in outlands so far removed from reality, they could only come to life in a high budget, sci-fi summer blockbuster that, at the very least, won’t be called boring.