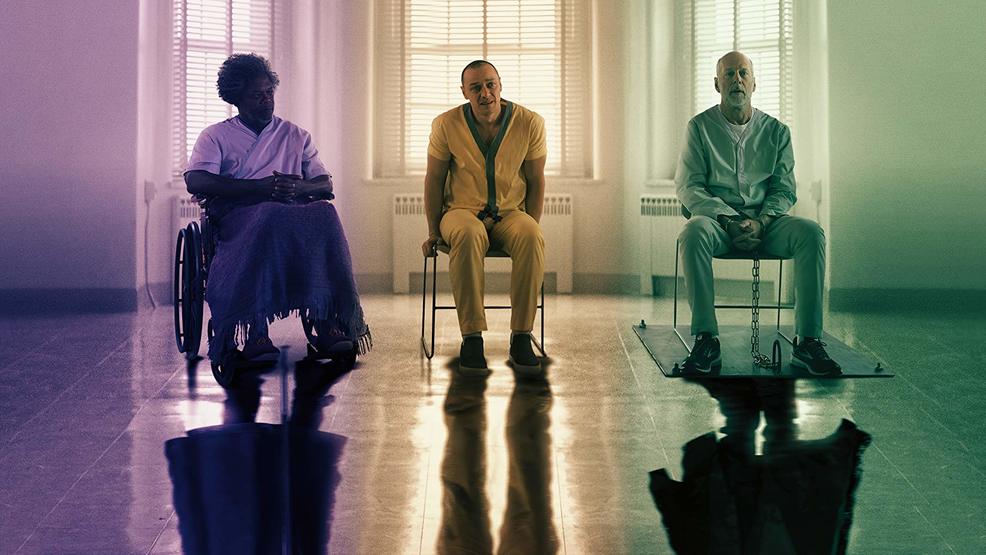 Review: In true Shyamalan fashion, I can't tell you much about 'Glass'

‘Unbreakable’, the 2000 film starring Bruce Willis as a security guard who learns he has powers one might attribute to a comic book super hero, has a cult-like following. I don’t quite understand it. The film is good. The story works, partially due to the acting but also because movie master and twist ending aficionado M. Night Shyamalan was still making films like its predecessor, ‘The Sixth Sense’, films that didn’t feel hokey and pandering to his very specific audience (please see ‘Lady in the Water’).

At a time when superhero and comic book adaptations weren’t flooding the market, it was a novel piece of writing and filmmaking. It deconstructed a genre that hadn’t even, forgive the pun, taken flight yet. I may not love the film like others do, but I can admire Shyamalan’s craftsmanship and his fearlessness to go where others were too nervous.

Fifteen years later, at the end of his film ‘Split’, Shyamalan dropped the bomb that would leave his fans reeling: the two films were from the same universe. David Dunn (Willis), the lone survivor of a train wreck, a man with incredible strength and the ability to see a person’s past transgressions by grazing their arm, was connected to Kevin Wendell Crumb (James McAvoy), the villain in ‘Split’ whose 24 personalities caused mayhem and death to those who crossed their path.

That leads us to ‘Glass’, the unwitting third installment in a trilogy we didn’t know was brewing for the past twenty years. If the first and second were named for their protagonist, than this is surely titled after the bloodline of the film, Elijah Glass (Samuel L. Jackson), who also starred as the mastermind villain in ‘Unbreakable’. He’s physically unimposing; he suffers from brittle bones disease which causes fractures at the slightest touch.

Dunn, known to the public as a rogue vigilante called “The Overseer”, is prowling the streets, hunting for whoever has abducted four teenage cheerleaders. He is assisted on his scavenging by his son Joseph (Spencer Treat Clark) – the same boy, now a man, from the first film. When the police catch both Dunn and Crumb, it’s straight to the mental institution under the care of psychiatrist Dr. Ellie Staple (Sarah Paulson).

Once there, they are held in their rooms, not by bars and locks, but by their weaknesses. Dunn’s kryptonite is water, and flashes of bright light can readjust Crumb’s personalities. Glass, who has been institutionalized for years, is kept sedated at all times. They spend their time in therapy session where they talk about, debate and examine their “delusions of grandeur”. They are, the doctor explains, not special, but merely sick. Drunk on their own liquor and fueling their ideas of otherworldly abilities. It is when Mr. Glass, the smartest man for thousands of miles, plots their escape and debut into society that the ball is set into motion and no one is safe from the comic book-inspired denouement.

In true Shyamalan fashion, I can’t really tell you more than that, but I will say the twists at the end won’t necessarily blow your mind. There isn’t an “I see dead people” kind of revelation. There are certain things that come to light, but they feel more like an attempt to reclaim the film from its slow burn, to appease us and provide us the twist we expect from a Shyamalan film.

And ‘Glass’ is very, very slow, especially for a quote-unquote superhero movie. We spend too much time with our main characters locked in cells for this to qualify as a solid action film. They over-dissect their special abilities but don’t show us what they can do until the last twenty minutes. This proves frustrating and futile, making us feel like we’re spinning and spinning, waiting for something to happen that propels us towards answers or, better, action.

McAvoy is a beacon of joy and irrepressible delight in the film. Shyamalan is right to make him a focal point, allowing his insane ability to jump through the many personalities inside Kevin Crumb seamlessly, without a flicker of confusion or hesitation. When McAvoy is on screen, the master is at work. He is the one redeeming quality in a film that attempts to elevate its predecessors. Instead, it only manages to muddy their good name.