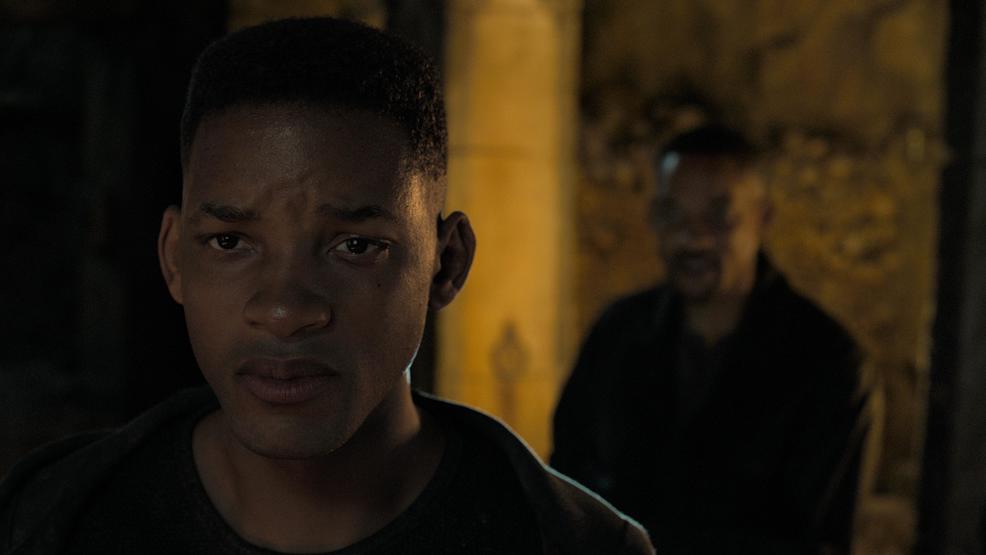 Review: Even two Will Smiths can't save the sinking ship that is 'Gemini Man'

I’ve never started a review like that, and sure it’s unprofessional, lowbrow, etc. but, really, who cares anymore. Two-time Oscar-winning director Ang Lee took on a sci-fi action script starring Will Smith and featuring state-of-the-art, kickass CGI and it was disappointing, to put it mildly.

Here’s the thing: it’s not like Lee hasn’t had a flop. His Eric Bana-led 2003 rendition of the green, chesty Marvel character “Hulk” hardly won over fans, particularly once Edward Norton gave it a whirl five years later. And his most recent film from 2016, “Billy Lynn’s Long Halftime Walk”, was a box-office dumpster fire, landing on the unfavorable list of worst opening debuts.

Missteps come with the territory of a long and fruitful career, but the anticipation of Lee tackling such an enticing genre with one of the world’s biggest movie stars was, alas, too good to be true. Such is the case of “Gemini Man”, a by-the-books action film that feels like that movie you just watched on the plane last week, but with a biogenetic twist that’s pretty much given away in the trailer.

Smith stars as Henry Brogan, the government’s best assassin, who can pull the trigger and kill a man on a high-speed train from a mile away. Over 70 kills later, Brogan allows his conscience to pull him from active duty. He retires to a quaint, quiet, remote home in coastal Georgia. When an old friend tips him off that his last kill wasn’t a Russian terrorist as sold by his handlers, Brogan seeks out the truth and the reason he was sent to kill an innocent man.

Danny (Mary Elizabeth Winstead), an undercover operative tasked with keeping an eye on Brogan, is thrown into the fight when a team of assassins converge onto Brogan’s little slice of heaven to kill the retiree. The highly skilled intruders make out the worse for wear, and Danny and Brogan are forced to run, traversing the world to give them time and space to figure out why they're being attacked by their own people.

From Colombia to Budapest, the scenery, the locations and the globetrotting nature of the script are what we love about high-concept action films. Reminiscent of an “Indiana Jones” movie in this sense alone, the film at least manages to keep us moving along from one pretty location to the next. It never feels long or stagnant, possibly the highest compliment “Gemini Man” can be given.

You didn’t go to the theater to see sweeping shots of Cartagena, however. Will Smith is the draw here, and double the Will Smith, at that. When black ops fail to kill Brogan, nefarious leader Clay Verris (Clive Owen) deploys “Gemini”, a stone cold killer with impossibly perfect fighting-while-riding-a-motorcycle skills and a shot that rivals Brogan’s. He’s easy to look at too, and look at him we can’t help but do: he is Henry Brogan, except half the age and without the traumatizing life experiences. Junior (also played by Smith with the help of CGI) is Brogan's clone raised by Verris to be the ideal soldier. Naturally, Junior has reservations about killing his gray-haired older self, and so the identicals team up to seek justice and put an end to Verris' disturbing plans for world domination.

The CGI work is pretty amazing, and watching a young Will Smith parade around the screen is the most appealing reason to catch this one in theaters. Ang Lee has a masterful hand in directing action sequences, which "Gemini Man" delivers. There are several epic fight scenes that, separate from the film as a whole, are entertaining. But the film can't shake it's cliche-ridden script that waters down what should otherwise make it unique. The film takes the idea of cloning and biogenetic warfare, throws it against the wall and hopes it sticks with the audience. In short, it feels lazy, like a toy boat pushed out into the Pacific Ocean. Even two Will Smiths can't save this sinking ship.