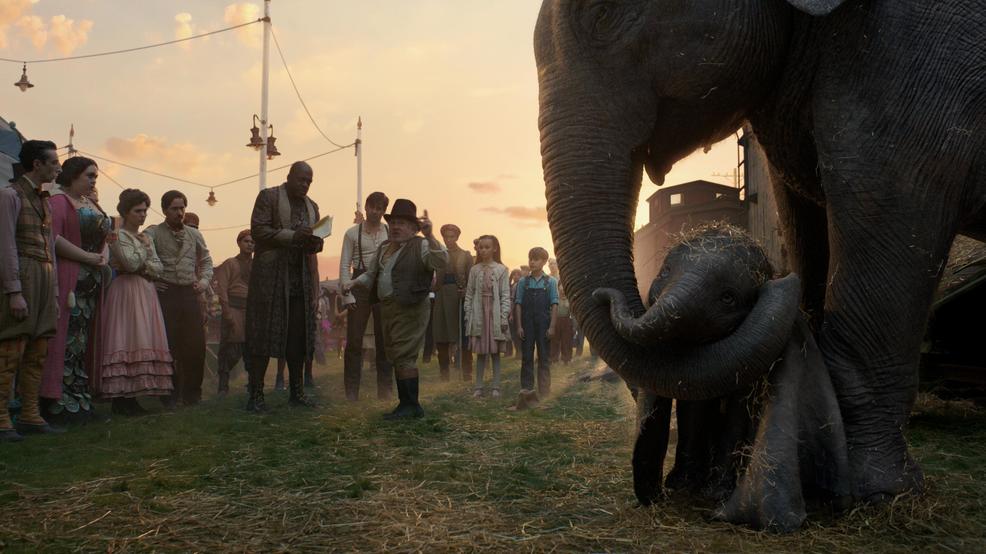 Review: It's hard to overlook the celebration of animal torture in Disney's 'Dumbo'

I can say, with near certainty, that I have never dreaded a movie screening as much as I did with “Dumbo”.

I saw Jordan Peele’s “Us” last week and was giddy when the lights dimmed. But walking into the IMAX at the Pacific Science Center on Tuesday, I had the distinct urge to turn around, walk the half-mile back to my car and return to my bed, hiding under the covers to somehow shake the morbid thoughts this movie instills in me.

I didn’t do that, obviously because, #professionalism, but if I had no sense of decorum, I would have. As I sat in the gorgeous, gargantuan theater filled with excited little boys and girls, I held my breath for the ball to drop.

And there were certainly tears. One girl, as if on cue, burst into deep, uncontrollable sobs when Mrs. Jumbo was carted out in a cage.

“Why are they taking his mommy?” another child half-whispered to his own seated next to him.

Tough questions like these abounded and were deflected with quick shushes. This was unavoidable. The film’s central plot line revolves around Dumbo’s search for his mother who is sold out of the circus. Dumbo only agrees to fly for the audience with the promise that this will generate money, which will, in turn, allow them to buy his mother back.

That’s right: a baby is ripped away from his mother and forced to commit child labor to *hopefully* buy her freedom (or at least her admittance back to her former prison, I mean circus).

I’m tearing up at just the thought of that haunting lullaby, those long elephant trunks reaching for one another. And this was hardly the worst treatment animals in the circus experienced over the centuries. Some died from neglect. Others could hardly perform from their injuries or were a hazard to the crew and audience members, known to act out from anger or anxiety.

I don’t want to get political about a Disney movie, but in 2019, it is impossible to walk into “Dumbo” without this in the foreground of your thoughts. It’s unfathomable the think that, regardless of whether Mrs. Jumbo is or isn’t killed – this nearly does happen to the shock of every parent and child in the audience – we wouldn’t be bogged down by the reality of what circus’ were and still are in parts of the world: a celebrated ring of animal torture cells.

I know, I know. Can’t I just sit back and enjoy a childhood classic without dragging myself down into a wormhole of sadness?

I couldn’t and I didn’t for the nearly two hours I sat through “Dumbo”.

Technically speaking, the highlight of the film is the titular character. CGI Dumbo is enchanting and endearing, the one shining star in a cast of big names like Colin Farrell, Danny DeVito and Michael Keaton.

Otherwise, the film has its flaws. As a fan of Tim Burton, I’ve been increasingly less eager to see his latest outputs. They have the dark aesthetic we expect from him, but you can smell the studio influence. “Dumbo”, an obviously Disney-branded film, is a prime example of such.

I can appreciate the subtle references to the 1941 animated original. Casey Jr. makes an appearance, as do the pink elephants and even Timothy Q. Mouse has a short cameo. But the screenplay, which has been expanded upon to include, ironically, a large, corporate entertainment entity run but its famous creator and featuring a Disneyland-like amusement park, is all over the place. It sputters through its first act, jolts us through its last and, worst of all, reveals Dumbo’s special ability too early, leaving little to the imagination and no reprieve from the nagging horrors of reality.