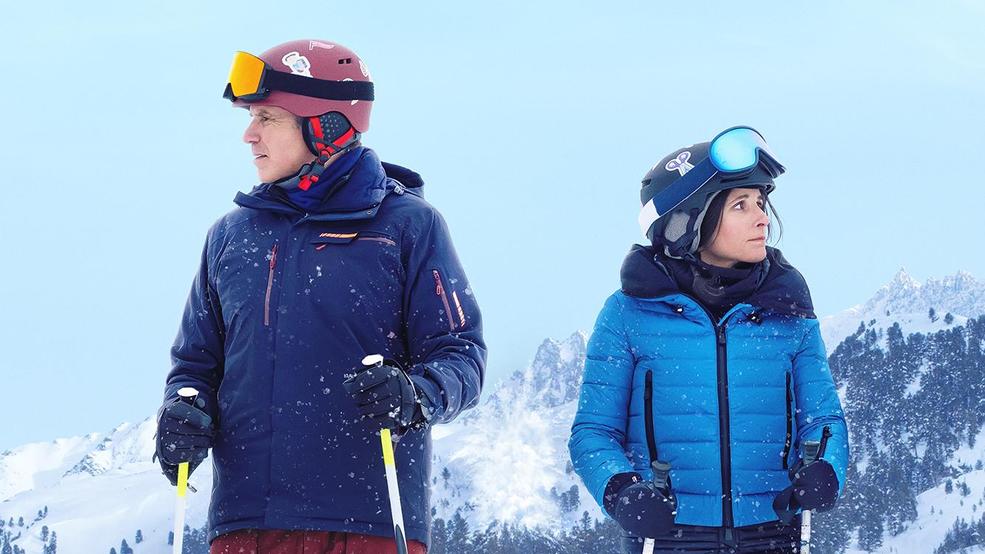 Review: 'Downhill' is a scarily accurate depiction of a union at its lowest point

It worked. Year after year, the films performed, bringing their box office total to over $1.25 billion. On this holiday in particular (and without meaning to generalize or offend my fellow women who choose to screen "The Seventh Seal" on Valentine's Day instead), moviegoers tend to seek out cheesy, feel-good movies with hot stars, low expectations and little commitment to following a complex plot line.

What you don't expect to come out in time for the weekend of chocolate hearts is a film about the true-to-life tribulations of marriage, a scarily accurate depiction of a union at its lowest point. "Downhill" is that film, a strange dark indie that premiered at Sundance and stars comedy heavy-hitters Julia Louis-Dreyfus and Will Ferrell. A remake of Ruben Östlund’s 2014 Swedish film "Force Majeure", "Downhill" is the perfect example of how big-name stars don't always make a film better.

That doesn't mean a strange script can keep talent from shining through. Louis-Dreyfus delivers a raw and nuanced performance, riding on pathos rather than punchlines; Ferrell is, likewise, free of the expectation that he replicate any number of his silly, outlandish performances, ones that have helped establish his career and appeal to mass audiences. In fact, Ferrell is actually quite unlikeable in the role of Pete Staunton, an American workaholic. He and wife Billie (Louis-Dreyfus) along with their two sons are on a ski vacation in Austria to disconnect from their phones and reconnect as a family.

While they lunch on a patio overlooking the mountains, a controlled avalanche goes awry, sending billowing clouds of snow and ice racing towards them. As the wall of white hits, the couple reacts in very different ways. Billie jumps to protect her children, attempting to shield them from impact. Pete grabs his phone and runs from the table, leaving his family behind. No one is hurt, but when the snow settles, Pete and Billie find themselves on thin ice in a marriage that may have frozen over.

If it's not obvious, the setting - a remote ski resort in the snowy Alps - is the perfect symbol for the couple's relationship. The characters are constantly struggling through mounds of snow, bundling up for an outing only to realize they are missing an innocuous glove. Or else they are impaired by cumbersome ski equipment, laboring to walk due to heavy boots or sore calves or both. The ski lifts take them to the top of the mountain, only for them to go flying back down.

It is an apt allegory for marriage, particularly theirs. Billie grows increasingly disgusted with Pete as he refuses to acknowledge that his reaction to the traumatic event was not paternally protective in the least. Pete is suffering through a midlife crisis following the death of his father, and in his grief, he is focused only on living life to the fullest.

"Every day is all we have," Pete repeats in nearly every conversation he has throughout the film. It is his excuse for doing silly things, like signing the family up for heli skiing or inviting his work buddy to join in the family vacation. It's not just Billie who looks at him differently following the avalanche incident. His children also distance themselves from him, leaning into their mother and losing themselves in movies back at the hotel room. Kristofer Hivju (aka Tormund in "Game of Thrones"), who starred in the Swedish original, makes a fun cameo. Miranda Otto has a strange role as the resort's concierge who also encourages Billie to stray, a side story that doesn't resonate and or jive with Billie's character.

To its credit, the film perfectly captures the type of fights that couples who have been together for many years engage in. They are mostly quiet arguments: strained silence while brushing teeth in front of different bathroom mirrors, clipped declarations of the days agenda, wordlessly sleeping in the other room, avoiding dinner just the two of you by roping in anyone else to cushion the gaping tear in the fabric.

It's a real upper, this one. Despite its realism, "Downhill" isn't a particularly good film. The disconnect between Pete and Billie is tangible from the start, not just as a product of the event, and the lack of chemistry between Louis-Dreyfus and Ferrell never really allows you to invest in their relationship. They operate like moons on separate orbits circling completely different planets; each are starring in his and her own film, not the same one, and by the end, it feels like maybe it would have been more fun to have jumped off the edge of a mountain than have watched this couple fight on one.