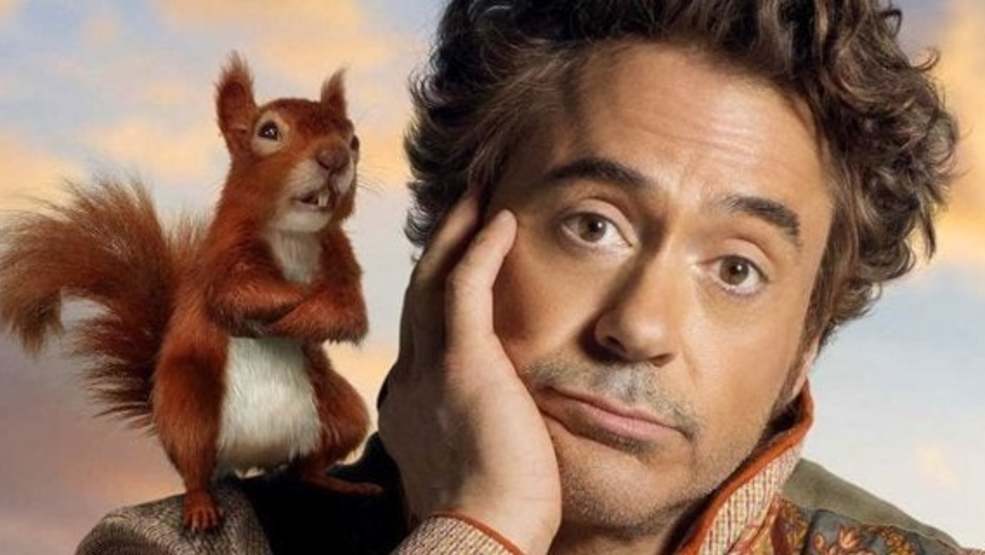 Review: 'Dolittle' accomplishes exactly what it sets out to do - make you laugh

It's had negative industry chatter, the rumblings of poor test screenings and a release date that changed several times. But "Dolittle," the latest adaption of Hugh Lofting's iconic children's series featuring a doctor who can speak to animals, is a sweet, family-friendly comedy. It accomplishes exactly what it sets out to do: makes you laugh without compromising the integrity of the classic geared towards a younger audience.

Is that a swipe at the slapstick version from 1998 starring Eddie Murphy as the titular character? Perhaps. That "Doctor Dolittle" spawned two sequels and was made at the right time by the right mega movie star whose previous films were audience fan favorites and box office juggernauts. It holds a place in film history for that era, but, with 20 years hindsight, is outdated and hardly the laugh it was at the time.

This rendition ditches the vulgar jokes - who can forget young Eddie Murphy sniffing butts because he learned it from his dog? - and reverts back to its source material. Set in Victorian England, "Dolittle" opens with an animated summary of where our protagonist Dr. John Dolittle (Robert Downey Jr.) has been: traveling the world with his beloved wife Lily, championing helpless animals using the many animal languages he's learned in order to communicate with his patients. When his wife dies in a tragic shipwreck, the physician holes up in his Edenic cottage which was given to him by Queen Victoria (Jessie Buckley). His only source of socialization is with his beastly companions, namely Poly the ring-leading macaw (Emma Thompson), Chee-Chee the scaredy-cat gorilla (Rami Malek), Yoshi the bro polar bear (John Cena), Plimpton the cynical ostrich (Kumail Nanjiani), Dab-Dab the crazy duck (Octavia Spencer) and Jip the loyal canine (Tom Holland).

When Tommy Stubbins (Harry Collett), a young boy with a deep love for animals, accidentally shoots a squirrel (Craig Robinson), Poly leads him to Dolittle Manor where he finds the doctor in a state of disheveled barbarism. His ratty beard reaches down to his knees and he hides under tattered robes. For years, he has exclusively spoken in animal tongues to the many species that live under his roof. Coincidentally, Lady Rose (Carmel Laniado) also pays him a visit at the behest of the queen herself, who has fallen ill and requires Doctor Dolittle's help in finding a cure for what ails her.

Because the future of Dolittle Manor rests on the queen's health, Dolittle agrees to see her and finds she's been poisoned with nightshade. The only cure can be found on a mythical island. Forced out to sea, Dolittle and crew, including Stubbins, his new apprentice, must dodge his nemesis Dr. Blair Mudfly (Michael Sheen) who tries to sabotage his journey. Dolittle must sneak into a foreign palace and retrieve his wife's journal containing the island's location. There he comes face to face with his father-in-law (Antonio Banderas), the king of pirates, and not the biggest fan of Doctor Dolittle. Only once they make peace can Dolittle find the island, retrieve the magical fruit and return to the queen's side in time to save her life and the roof over his head.

Portrayed by only two actors before him, Doctor Dolittle is a role Downey Jr. was made to play. His penchant for eccentric performances of even more eccentric characters (please see Sherlock Holmes and Tony Stark) is what has propelled him to his current level of popularity and, if we're being honest, is what draws us to the theater when he headlines. Unlike the aforementioned roles, Dolittle is a quieter, though no less outrageous, performance by the veteran actor; Downey Jr. stays in the soft craziness of someone who speaks animal tongues, allowing the creatures around him to elicit the most laughs. Dolittle is also a much more physical role, and he commits to the outrageous clucks and caws like they were written by Shakespeare.

This is a film made for children (or the child at heart), and some adults may find it too absurd. The story is silly and hyperbolic. The performances are manic, at times. Sheen is an arch villain with a thin, curled mustache to prove it. But, like the novel on which it is based, "Dolittle" is sure to charm a new generation of kids willing to take a journey into a magical world of talking animals and their one-of-a-kind hero.