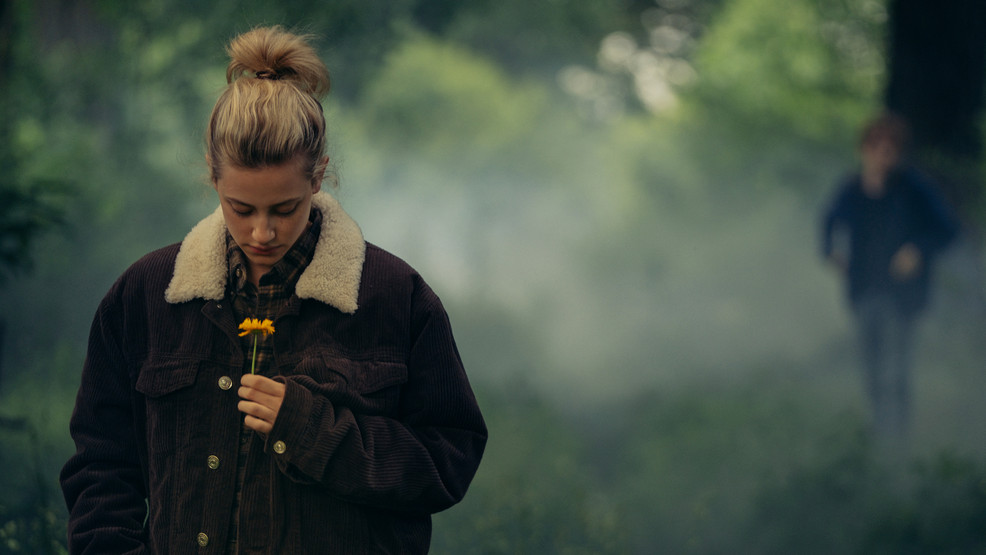 If your bad poetry from high school about unrequited love for that boy in second period was made into a film, it would be "Chemical Hearts" - an angsty young adult mope fest that beats the cliches of teenage soap operas to a plaid-wearing, meet-in-an-abandoned-factory pulp.

Yes, the teen love interests do in fact escape to an abandoned factory housing a mysterious (yet romantic, no?) pond filled with koi fish. They connect over dark poetry and confront some really heavy stuff, like death, one's own mortality and mental health. These are important topics that teenagers today are inevitably facing, particularly during these uncertain, health-averse times. However, the film feels heavily one-note. Like a scream stuck in cement: emotional, elongated and, quickly enough, lost to background noise.

"Riverdale"'s Lili Reinhart is an executive producer on the film, and she also stars as Grace, the new girl who walks with a cane and makes no attempt at "self-care", the new term for showering and looking presentable. Grace also isn't sweeping any personality pageants. In fact, everyone avoids her except for Henry (Austin Abrams), a hopeless romantic and aspiring writer who hasn't had any life experience worth putting into publishable prose.

They are forced to work together as editors on the school's newspaper, but they organically connect on their long walks home from school. As the story always seems to go in YA fiction, the good guy falls for the troubled girl. Slowly, Grace lets Henry in, though it is thanks to Google that he finds out about her agonizing past: she and her boyfriend Dom were in a crash the year prior. Grace walked away with a bum leg while Dom lost his life. She can't seem to shake the accident and the sudden loss of someone she loved. As Grace continues to unravel, Henry tries to be the steadfast, true and calming presence in her life, even if that means his own is thrown into a complete tailspin.

Based on Krystal Sutherland's book of the same name, "Chemical Hearts" understands the formula - sick girl, lovesick boy, previous or impending traumatic event - and takes advantage of a very specific audience thirsty for forbidden romance. Unlike its many predecessors ("The Fault in Our Stars", "Five Feet Apart", and, most comparatively due to the mental health component, "All the Bright Places"), this film lacks what some of the others at least nominally provide, which are multifaceted characters who give the semblance of growth. Neither Henry nor Grace veer from their sad, emotional, monotone personas for long enough to feel like we actually are getting to know them. The script sticks almost religiously to a formula. Its characters stay perfectly in their lanes, a strategy that rarely wins the race.

In short, "Chemical Hearts" provides too many groans and takes too few risks. Writer-director Richard Tanne brings a bit more experimentation to the film's aesthetic than one might find in the aforementioned films in the same genre, cutting to grainy images of rain or providing soft-spoken voiceover to images of nature which plays like visual poetry. Unfortunately, that is the extent of imagination "Chemical Hearts" displays. This is bound to appeal to its target audience, but I wish it would have offered a more specific discussion of depression, anxiety and mental health instead of a sanitized sop story that implies much, but makes you feel very little. Young people struggling will find no solace and certainly no answers in this one.

"Chemical Hearts" is available for streaming on Amazon Prime.