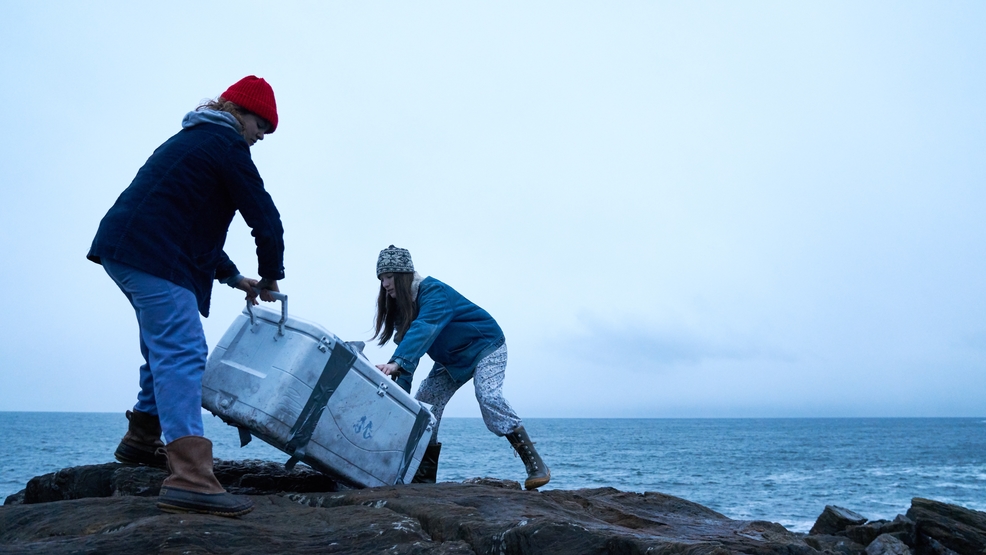 Review: The acting in 'Blow the Man Down' is top notch

In simple terms, "Blow the Man Down" is like if "Fargo" took place in Maine instead of rural North Dakota. If the frigid, snowy landscape of the latter was replaced with the quiet, but teeming undercurrent of the former's northeastern coastline. If the soft, rounded Midwestern accent were swapped with the long, angular drawl of the Yankee dialect.

But that's too easy of a summation. There is actually nothing simple about this film at all, and though it has plenty of similarities to the aforementioned Coen brothers classic, it also stands on its own two feet in this modern era. Written and directed by Bridget Savage Cole and Danielle Krudy, "Blow the Man Down" is a mystery-thriller with a quiet case of genre-confusion. It is a dark comedy at times, a family drama at others and a satirical mystery in its finest moments.

Easter Cove, Maine has all the small town charms you might find in an idyllic coastal setting, but it also has a dirty underbelly full of secrets. Sisters Mary Beth (Morgan Saylor) and Priscilla (Sophie Lowe) Connolly have just buried their mother. Their kitchen is filled with the chatter of her close-knit group of friends (June Squibb, Annette O’Toole and Marceline Hugot). They are the matriarchal power that unofficially govern over the town and its people.

Mary Beth is precocious and eager to get out of dodge, having stuck around only to help her mother as she fought a losing battle with her illness. Priscilla is the rational good girl, poised to keep the family fish store afloat. Mary Beth meets a guy at a bar, hoping to have a little fun. But his demeanor changes with the revelation that there is blood in his trunk and an errant gun. Mary Beth defends herself from his sudden attack by searing a harpoon through his throat.

The film, at its core, is about Mary Beth's cover-up. The sisters scramble to hide the body, fearing authorities won't understand or believe the situation. Police soon have more on their minds when a different body washes ashore, this one belonging to a local lady of the night. This brings the spotlight on Edin (Margo Martindale), the madam of the town's brothel. Who killed the woman? Will the Connolly sisters evade arrest and suspicion?

Like "Fargo", "Blow the Man Down" captures the feel of its setting and the people of the northeastern Atlantic. The film opens with a line of sailors singing the old sea shanty after which the film is named, and ends with our town matriarchs singing it as well. It seems like our two female directors are making a statement here. The old shanty, which dates back to the mid-19th century, references the strong winds that can knock a man on board off his feet.

It's not the wind, in this case, that can blow a man over; it's the women. They rule over the town like New England witches. Mary Beth quite literally blows her attacker down. The men in this film are set decorations, moved around by the strong-willed women. The acting is top notch, and the writer-directors have a keen eye for dramatic storytelling, keeping the audience guessing throughout.

The film isn't all depressing murder-mystery. You feel for the young girls trapped in the small town, but you also wring your hands at their ineptitude and near inability to dig themselves out. The characters offer some comic relief in the midst of turmoil. The film has some darkly humorous, undeniably quirky moments sprinkled in, just as it has somber, heartfelt ones as well. But there is something indubitably strange and eery about "Blow the Man Down", which, if one thing is for certain, embodies small town angst in this modern era better than any film in recent memory.

"Blow the Man Down" is available to stream on Amazon Prime starting March 20.