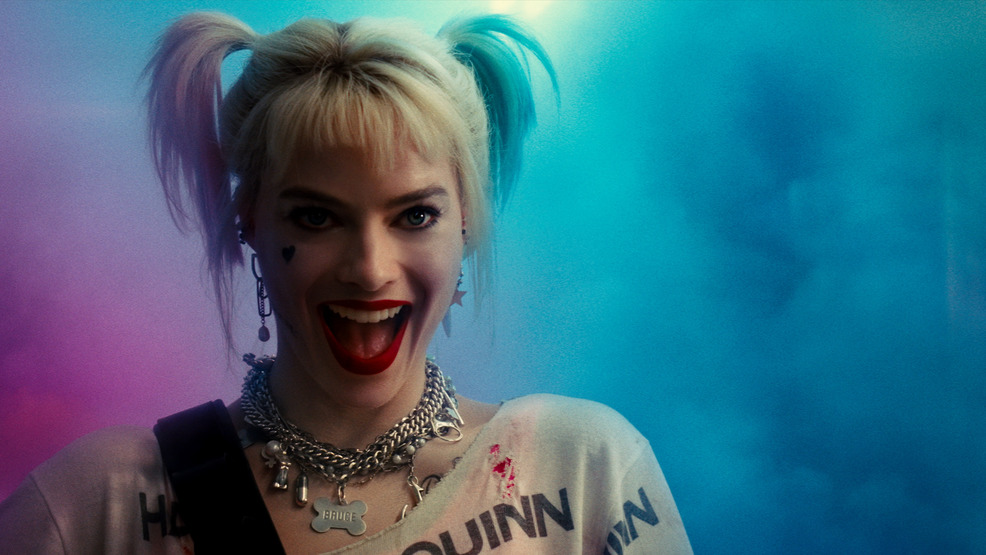 Review: 'Birds of Prey' is a high octane, pop-centric ride into the absurd

"Birds of Prey" is a flirty, light-hearted, kick-ass action flick that pushes females forward, both in front of the camera and behind it. While "Joker" transcended the comic book movie genre, appealed to a wider net of movie goers and redefined the parameters for super hero/super villain stories, "Birds of Prey" ...is not that kind of movie. It's a high octane, pop-centric ride into the absurd, told through narration, dialogue and the break of the fourth wall in a way the device was meant to be used.

Dr. Harleen Quinzel (Margot Robbie) goes from a psychologist with a PhD to the pig-tailed, scantily clad anti-hero Harley Quinn as a result of her toxic relationship with Joker, Gotham's infamous leader in the crime underworld. With his oversight and protection, Quinn has had the run of the town with zero consequences even from the city's most dangerous villains. When he dumps her, Harley makes it nuclear - announcing their break-up by blowing up the chemical plant where she and Joker first declared their love.

(It's hard not to think this scene, an epic explosion that leaves Harley walking away from the fireball of destruction at her back, is, at least in part, an allusion to the disastrous "Suicide Squad" that was panned by critics, but that found the audience's allegiance landed with Robbie's bright, effusive rendition of Quinn.)

Pandora's box has unleashed every mercenary and bloodhound on Quinn, but her greatest threat is Roman Sionis (Ewan McGregor). His up-and-down, on-the-fly personality is somewhat reminiscent of the Joker, if the Joker had an upbringing of monetary privilege, ditched the hair dye, preferred to cut off people's faces and was styled by the men's department at J. Crew. Sionis has entrusted his cronies Black Canary (Jurnee Smollett-Bell) and Victor Zsasz (blonde-haired Chris Messina) to pick up a 32 carat diamond engraved with the details of bank accounts belonging to a murdered mafia family.

The diamond is innocently stolen by a young pickpocket Cassandra Cain (Ella Jay Basco), which instantly places a bounty on her head. In exchange for staying alive, Quinn agrees to bring the girl and the diamond back to Sionis. She has a dogged police detective (Rosie Perez) on her heels, as well as a mysterious, crossbow-wielding assassin (Mary Elizabeth Winstead) to contend with, and Sionis isn't making it easy on her either. Quinn bounces through Gotham, surviving on dumb luck and blisteringly ballsy combat moves, ultimately learning that perhaps there is power in flocking with your girlfriends.

The believability of Quinn's eccentricity rests on Robbie, who gives a shining performance, bringing to life a character that could otherwise feel gimmicky and overwrought. Quinn is simultaneously self-aware and oblivious, smart and ditzy, weak for a man and empowered by their split. The film rests on her dichotomy; she feels defined by her relationship with Joker, yet she has many enemies in her own right. She likes glitter and bashes people in a roller derby. She represents, in many ways, every woman, minus the love of violence and infallible body image.

This surface complexity (if that makes any sense) of Quinn is due namely to the fact that "Birds of Prey" is a comic book villain written by a woman, directed by a woman and featuring an array of female archetypes. This isn't just Quinn's movie, though she is certainly the draw. Relatively green to the industry, director Cathy Yan offers a colorful, boisterously merry rendition of Christina Hodson's loopy, whimsical script that has studied its notable predecessor "Deadpool" and attempted to replicate its style and R-rated appeal in order to offer the foundation for Robbie's performance.

This is not an origin story, and it also doesn't go too many places that warrants a sequel. As fun as the film is and as endearing as Quinn's character may be, it doesn't leave a lasting impression. It is fleeting entertainment, offering solid laughs and visually appealing action in the theater, but little in terms of making its mark past the car ride home.

Any more of Harley Quinn, and she would begin to feel like a one-trick pony, relying on the same schtick without any character growth. But in terms of post-award season sludge, "Birds of Prey" isn't the worst time.