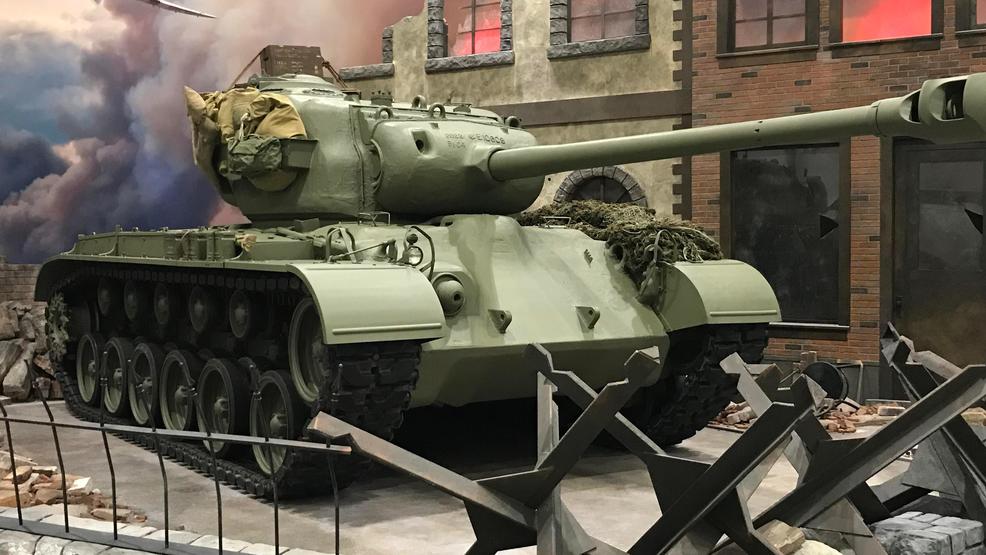 The Flying Heritage and Combat Armor Museum in Everett is now bigger and better than ever.

“This is the finest museum of its type - in the world," said Adrian Hunt, the museum's executive director. "You can see superb planes and magnificently restored tanks operating."

And the museum has just added a brand new aircraft-hanger-sized expansion to their campus - filled with iconic, super-rare machines from WWII. There is a Dodge Military Ambulance, U.S. Army Chaffee tank, Afrika Korp BMW motorcycle with sidecar mounted machine gun and the most fearsome U.S. tank from the Second World War, the M-26 Pershing, positioned in an intricately detailed diorama.

“This represents the Battle of the Bulge in late 1944, it’s a Belgian village that has suffered badly," said Hunt. "The human element is very important to this museum, we don’t just want to show the planes and tanks as weapons but the people behind them, who made them, and were effected by them."

About a dozen vehicles have been added to the museum's expansive collection along with a new exhibit telling stories of women at war, like female Soviet combat pilots and snipers during WWII.

But one of the rarest artifacts unveiled as part of the Flying Heritage and Combat Armor Museum's expansion is their JU 87 R-4 Stuka, undergoing a complete restoration.

“There are only two complete ones in the world and they’re never going to fly," said Hunt. But the one here at the Museum will - in about 18 months, once the restoration is complete.