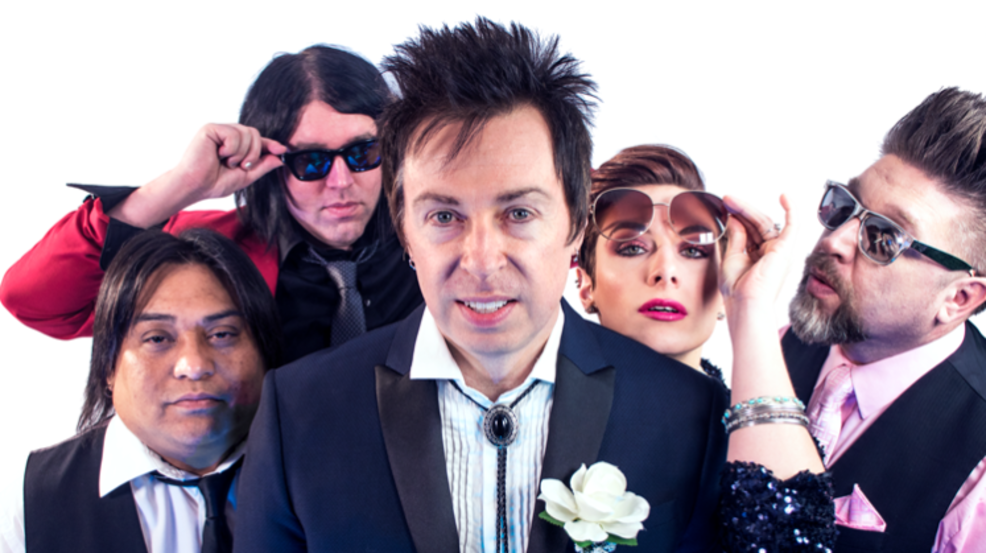 Prom Date Mixtape is a totally awesome 80's tribute band that infuses all the energy and excitement of that decade into their performances. They cover all the best bands of the 1980's including Wang Chung, Duran Duran and The Eurythmics and many more. The band was co-founded by Daniel Harper and Patrick Napper. Harper is also a guitarist and Napper is also a lead singer along with Esther Rose. (Courtesy: Prom Date Mixtape)
SEE MORE

It's a Saturday night at The Lime in Kirkland and the place is packed. It's filled with folks ready to go back in time and kick it old school - with music that's a serious blast from the past.

Hit songs from bands like Wang Chung, Duran Duran and The Eurthymics are performed to perfection as the crowd dances their way back to their favorite decade: the 1980's.

This totally awesome group was co-founded by musician Daniel Harper. He's such a fan of the 80's - he created a band to celebrate it. It's called Prom Date Mixtape.

And that's just the start. They cover pretty much all the top artists of that era from A - Z... Adam Ant to Yaz.

It was a time that really resonates with Harper, "Well, it’s those are the formative years, you know, so a lot of teen-aged angst."

Even Napper isn't sure how he does it. "I don’t really know," he said with a laugh. "I can’t do impressions whatsoever, like speaking impressions, but for some reason I can do singing impressions!"

On stage, the mild mannered musician is transformed into an 80's era rock star. "I can be pretty introverted off-stage," Napper said. "And on stage is kinda where I feel the most extroverted."

Esther Rose is the other lead singer. She has a very different job during the day. "I’m a hair stylist. And at night? "I do this. I rock out," she said with a smile.

She may look and sounds like she's straight out of an MTV music video, but she was just a tiny tot in those days.

"So last night we were having a conversation with some people talking about," said Rose. “Oh my gosh, this is my favorite song, it came out in 1986 - I was born that year!"

The energy and excitement that Prom Date Mixtape has performing these songs is so gnarly that they actually have their own groupies.

"Oh my gosh they are amazing," the singer exclaimed. "I think, one of the coolest things about this band is that we’ve created a community. You know the people who come to our shows aren’t just fans, or people that want to dance and party."

She continued, "They’re friends. We know almost every single one of them."

The 1980's may have been four decades ago. But through Prom Date Mixtape, the beat goes on an on.

"We have fans that are our age, that grew up with the music, but then we’re building a fan base of new fans that, you know," said Napper, "I feel like we’re turning on new generations to the music."

Prom Date Mixtape has upcoming performances all over the Pacific Northwest. Check out their schedule here.