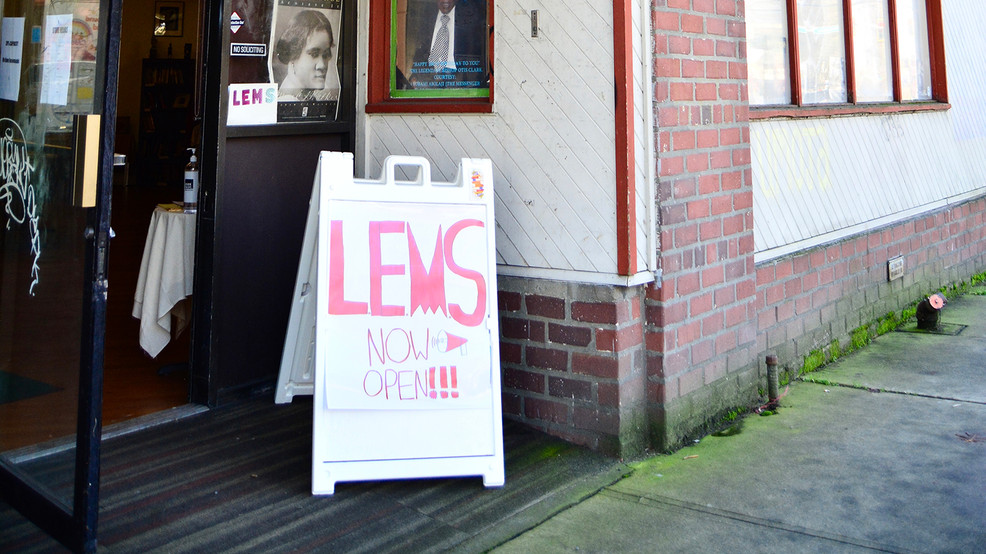 L.E.M.S (which stands for Learning, Education, Materials and Software) started off as a Christian bookstore that was founded by Messiah's great-grandma and great-aunt. It wasn't until they decided to move back to Indiana that Messiah's grandmother, Williams, took over the business full time.

"[She] always kept a space for it to be a Christian bookstore, but because of the time she grew up in, around Civil Rights and whatnot, she was very passionate about books that were about different cultures and being able to understand the root of what your culture is," said Messiah. "For people that were most vulnerable to societal discrimination, they had a safe space where they could come and purchase books on their culture, have critical conversations about it, and inevitably have a safe space to be able to celebrate their heritage."

Williams was a well-loved and vital part of Columbia City's Black community. Not only did her bookstore host educational and cultural community events like Kwanzaa bazaars and African church services, but she mentored and counseled Black youth while providing a sanctuary for people to be unapologetically Black.

After her passing in 2017, her godson took over for a little while. It wasn't until 2020 that Messiah stepped onto the scene and spent the summer organizing outdoor vending events and fundraisers until she was actually able to reopen the bookstore.

"I would say that people were really sad for a while because they didn't know what was going on here," said Messiah. "My uncle was really using the space for events, and it was when I had come here and realized that the bookstore wasn't really a bookstore anymore, I ended up finding something I was really passionate about and committed to spending my time doing."

L.E.M.S has been officially reopened for two months and features various books dedicated to celebrating and understanding African heritage, Blackness and many other communities. This includes narratives focused on the African diaspora, Spanish and Asian culture, as well as books written by indigenous and local authors.

"Something else that is pretty cool about L.E.M.S is that it is a culture center for celebrating any culture that isn't predominantly white-dominated," said Messiah. "Anyone else that is getting the short end of the stick, you can come in and buy a book about it here, and you have a safe space to celebrate all the good parts so [the stick] doesn't seem so short any more."

The bookstore also offers a selection of new and second-hand books, as well as new releases.

"It's cool to be able to find a space where you can learn about [different African cultures] and how it relates to your heritage and who you are," Messiah said. "Slavery is a big part of us, being Black in America, but it's not the only part of us."

There are a variety of ways to support L.E.M.S Life Enrichment Store aside from purchasing books in order to preserve a sacred community space threatened by gentrification, including a community crowdfunding page (that has exceeded its goal!) and offering book recommendations.

"There is more that we can learn about who we are rather than what happened to us, so if people want to come in and buy books or give me some recommendations of some good reads, or maybe books that they saw that my grandma had here, that would be really cool," said Messiah.

While L.E.M.S's physical location in Columbia City is officially up and running, that is only the beginning as Messiah works to continue her grandmother's legacy while designing the space to meet the needs of her community.

When she isn't ordering and organizing books or opening up the shop, Messiah is also working on securing relationships with local schools to be able to provide books for their educational programming.

"I am taking things one day at a time and trying to listen to the elders around me, respect my ancestors and listen to what the people around me want for the space and how I can give that to them," said Messiah.

Want to support more small businesses like L.E.M.S? We're proud to collaborate with Intentionalist, an online guide that makes it easier for you to find/connect with diverse local businesses owned by women, people of color, veterans, members of the LGBTQ community, and people with disabilities.