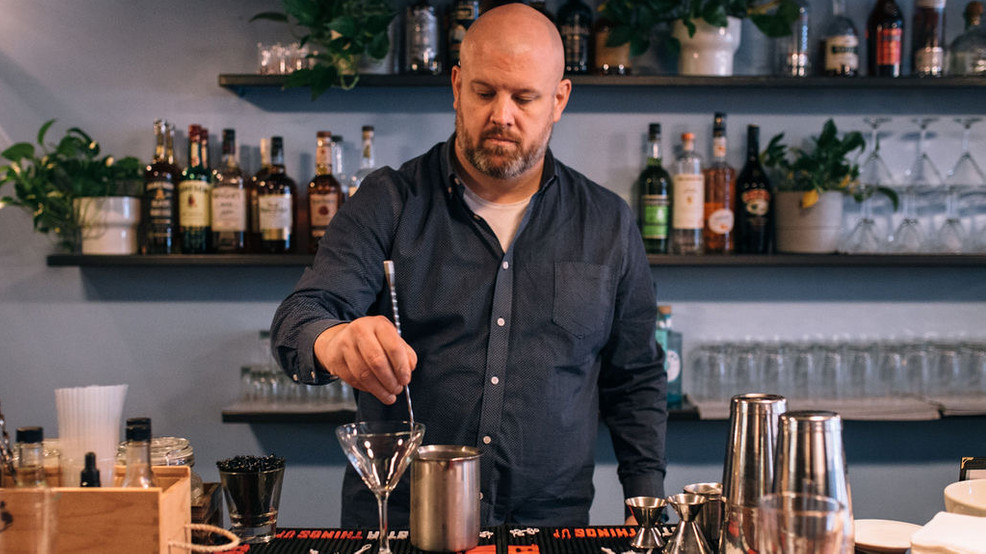 To adapt with the times, Jonathan Fleming and wife Libby Aker have scaled back at their restaurant Pioneer Square D&E. The venue now places a delicious emphasis on fried chicken offerings - although they previously served a well-loved fried chicken sandwich, they've decided to play up that theme, keeping in mind what foods travel best for takeout customers.

Fleming has been working in restaurants since he got out of the Army in 2001. (He also had a bit of restaurant experience during high school days). He worked at Ivar's for a decade and was then part of the management team that helped open RN74, where he met his wife. He doesn't remember when exactly he decided to launch his own venue, saying, "It's easy to conjure up romantic visions of opening up your own space."

While helping to roll out the restaurant Rider (at Hotel Theodore) as general manager, he had a brain flash. "I was doing this for them," he says, "but I could be doing this for myself." After deciding to go for it, he and his wife chose Pioneer Square, since they have an affinity for the neighborhood and used to live there themselves.

Fleming is quick to admit that a lot of things they love about this part of town are currently missing — sports gatherings, tourist activity, the beloved Art Walk. Yet he wants people to know: "There are businesses open down here and reasons to come." He commends Pioneer Square for having done a great job early in the pandemic of getting local artists to beautify the boards placed in local businesses' windows. (Many boards have since come down, as venues gradually reopen.)

Early in COVID, Fleming's wife made a wise observation that stuck with him, advising folks to frequent businesses near their workplaces (or areas where they used to hang out), if they still want those venues to exist once things return to "normal." In less populated areas, this is what it will take for places to survive, he believes. Fleming also vulnerably admits that restaurants located in residential neighborhoods seem to be having a bit of an easier time right now than those in the downtown core.

Other challenges these days range from supply chain issues with non-perishable goods (getting gloves and to-go boxes has proven difficult, for example) and only being able to set up outdoor tables —in parking spaces out front — when the weather cooperates.

D&E is currently offering a mix of dine-in and takeout. They've put up dividers up between tables, which seems to help guests feel comfortable about savoring their meals inside the welcoming space.

One of their most popular dishes these days? The fried chicken and waffles. Many families order a half or whole chicken, accompanied by alluring sides like the Beecher's mac 'n' cheese, slow-roasted pork and beans, or parmesan and pepper biscuits. Around Thanksgiving, the eatery will offer pre-ordered smoked turkey packages.

People often ask Fleming to define Seattle cuisine, which he says is hard to pinpoint. "It's always been a melting pot of cultures here," he comments. His family came from the Midwest generations ago, meaning he grew up on meat-and-potatoes-style dishes.

Yet, Fleming says that being in the Army is what really opened his eyes, since he hadn't previously traveled away from the PNW. "My military experience was a huge part of my experience with food," he says, referencing all the fascinating people he met, from all over the country and from "all walks of life."

In order to celebrate fellow veterans, Fleming will be planning pop-ups and other events around the upcoming Veterans Day holiday. Keep an eye on the restaurant's website and social media channels for updated info.

Looking to support more small businesses like D&E? Seattle Refined is proud to collaborate with Intentionalist, an online guide that makes it easier for you to find and connect with diverse local businesses owned by women, people of color, veterans, members of the LGBTQ community, and people with disabilities.