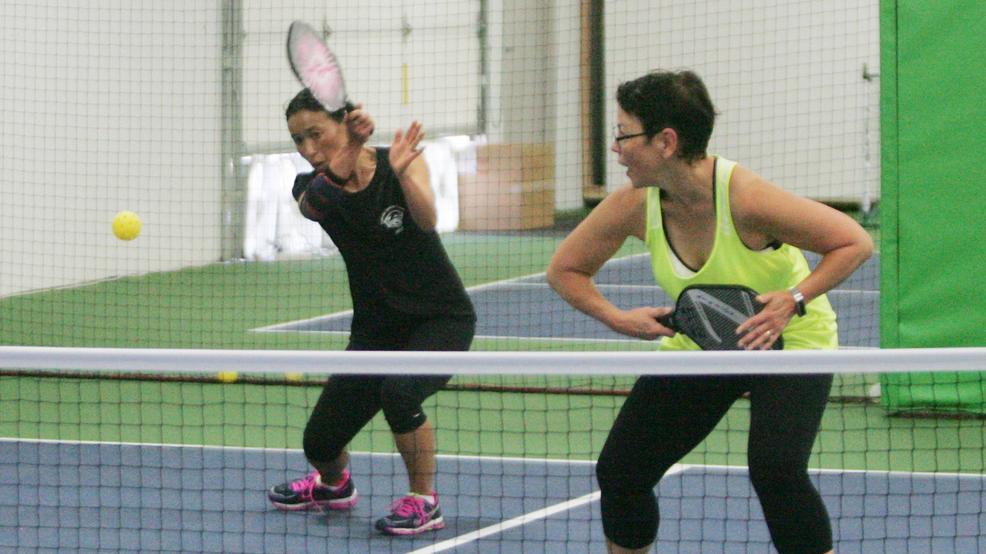 Pickleball is one of the fastest growing sports in the U.S. with more than 2.8 million players. It is a paddle sport open to all ages and skill levels which makes it attractive to families and former athletes. (Image: PIckleball Station)
SEE MORE

Pickleball. You may not have heard of this sport, but it definitely should be on your radar. It’s one of the fastest growing sports in the U.S., with more than 2.8 million players, according to the USAPA. It's a paddle sport open to all ages and skill levels which makes it attractive to families and former athletes. Seattle or - more accurately - Bainbridge Island, is also lucky enough to be the birthplace of Pickleball.

But what exactly is Pickleball?

“Pickleball is an extremely fun and rapidly growing racquet sport that is often described as a combination between tennis, badminton and ping-pong,” said Karen Thomas, spokesperson for Pickleball Central. “One of the many things people love about pickleball is that it is an ideal multi-generational sport that can be enjoyed by families – parents, children and grandparents can have a great time playing together. It is easy to learn, very social and people of all ages and ability levels (whether athletic or not) can have a ton of fun playing together.”

The sport is played indoors or outdoors on a court, similar to a tennis court but much smaller in size while using paddles (with no strings) and a plastic ball. According to Thomas, people often play doubles but can also play singles as one does with tennis.

The History of Pickleball

Back in 1965, Joel Pritchard, William Bell and Barney McCallum invented the sport of Pickleball on Bainbridge Island. Their kids were bored and restless and the adults decided to create a challenging game that could be enjoyed almost anywhere. The trio started with table tennis paddles and a wiffle ball and lowered the net on their badminton court. The new sport quickly caught on with friends and neighbors. Soon people were making their own Pickleball paddles and in 1972, Pickleball Inc. was opened to outfit the growing sport.

Today there are nearly 16,000 official Pickleball courts around the country. Last summer, Pickleball Station opened in Kent with indoor courts and a dedicated retail area for Pickleball enthusiasts. Pickleball Station has quickly become a hub for leagues, professional tournaments and family fun. They offer instructional programs for those looking to learn the sport or just to improve their skills.

The 18,000 square-foot building has four indoor pickleball courts and also houses the PickleballCentral.com shipping warehouse, along with the Pickleball Hall of Fame and Pickleball Museum. Pickleball fans will find a large selection of equipment, accessories and apparel at Pickleball Station. They sell balls for both outdoor and indoor games, paddles, specially designed apparel such as visors, breathable shirts and USA Pickleball Association (USAPA) apparel. Shoppers can demo paddles on the courts in order to find the perfect fit.

The staff at Pickleball Station are knowledgable and passionate about the sport. Most do their best to get a game in at least once a day. Pickleball Station’s state-of- the-art dedicated indoor courts are open year-round and easily reserved online Mon - Fri: 9:00am - 9:00pm, Sat & Sun: 9:00am - 5:00pm at http://www.pickleballstation.com/.