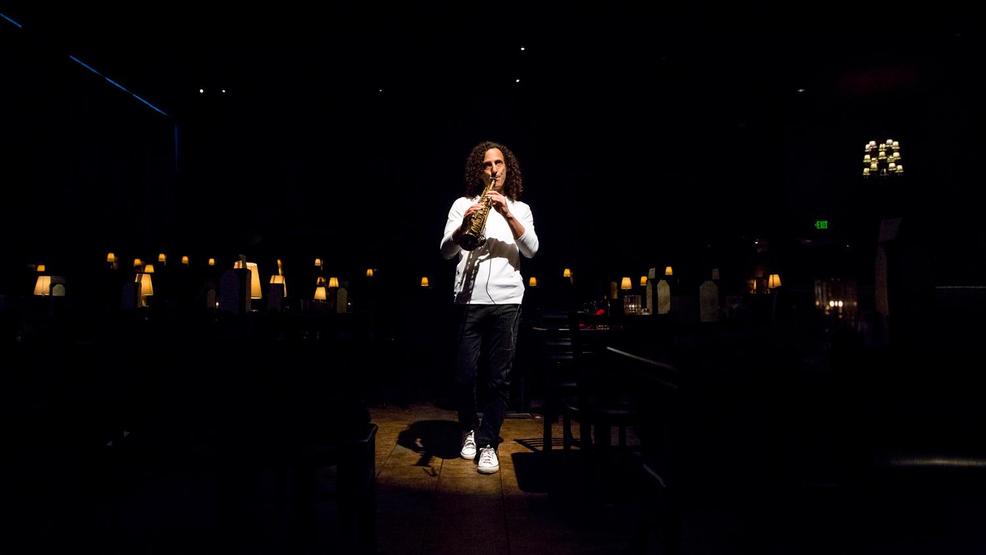 When we were given the opportunity to sit in on a sound check and interview the infamous Kenny G, we had to say YES. His familiar romance tunes are a global sensation, having sold over 75 million records, giving him the title as the biggest-selling instrumental musician of the modern era and one of the best-selling artists of all time. Oh yeah - he's also a Seattle native. (Sy Bean / Seattle Refined)
SEE MORE

We recently caught up with saxophone sensation, Kenny G, as he played at a series of sold out shows at Dimitriou's Jazz Alley in Seattle.

Of course we had to ask him to play a little of one of his most famous songs, "Songbird." After falling into a full-fledged swoon we just had to know - how many babies have been made to that song?

He responded with a twinkle in his eye. "Ask my attorney!"

Those smooth sounds and quick wit could only belong to the hometown hit maker. For more than four decades, the musician has been the pied piper of jazz, captivating audiences all over the world. His first bona fide hit was 1986's "Songbird."

"It's a really special song because I performed it on the Johnny Carson show ... that exposure was so big," recalled the artist. "It was a different sound, and people never heard it and fortunately they reacted well to it and I got a career out of it."

He's not one to toot his own horn, but we'll do it for him. Kenny G is the biggest selling instrumental musician of the modern era with over 75 million albums sold! That staggering number even surprises the hit maker himself, "That does blow my mind," he admitted.

His music might makes hearts soar, but this Grammy award winning musician is incredibly down to earth. In fact, he's been playing the same sax that helped make his famous since he was a 17 year old high school student.

It all started when Kenny Gorelick attended Seattle's Franklin High, and his band teacher tapped him to fill in on soul singer Barry White's tour.

"Back in the 70's he was as big as they got and I was in his little orchestra for three gigs," remembers the musician. "That's where my professional life started with sax. So I thought wow this is pretty cool so I got paid, I'm playing my sax, so I'll just keep trying to this."

In 1982, he signed his first major label contract with Artista. In an era of MTV synth pop, Kenny G's sound was a breath of fresh air.

The albums kept coming... and so did the hits including songs like 'The Moment,' 'Going Home,' and 'Silhouette.'

And it wasn't just his horn that made that made him famous... it was also that incredible head of hair! We wanted the scoop... who had better hair in the 1980's and 1990's - him or Michael Bolton?

"Oh my hair was way better than Michael Bolton's," he laughed. "I'll say that to him. His hair was long but it didn't have the right conditioning." And what about Richard Marx? "My hair was much better than his he had the mullet." By the way we're still friends. The two music icons recently got together for lunch. "We talked about flying cause he's interested in flying."

Flying and golf are his passions, but for Kenny G, discipline is the name of the game. "I like anything that requires skill and patience and time to get good at. I like any of those things. Because they're won't be very many people that do it. And then it requires constant practice like saxophone. That's why saxophone playing appeals to me it's the same thing."

Speaking of time, Kenny G tends to keep his friendships forever, including a special one with band member, Keyboardist Robert Damper. "We went to high school together," says Damper smiling. "We played in local bands together after high school, kind of split up for a little while and then in this band about thirty years. We're still having fun," he says grinning.

Kenny G is an amazing musician but is also incredibly funny... including scene stealing turns as a fantasy best friend in a 'Funny or Die' video and in the recent movie 'A Bad Moms Christmas."

He may live in LA now, but with family (including his Dad) and friends here, Seattle is still where Kenny G's roots are.

"It's one in a million to have a career like mine... it just is it doesn't matter how good you are. Things happen. The stars line up and something magical happened."

To get the inside scoop on all the happenings at Jazz Alley, sign up to become an Alley Cat E-News subscriber.