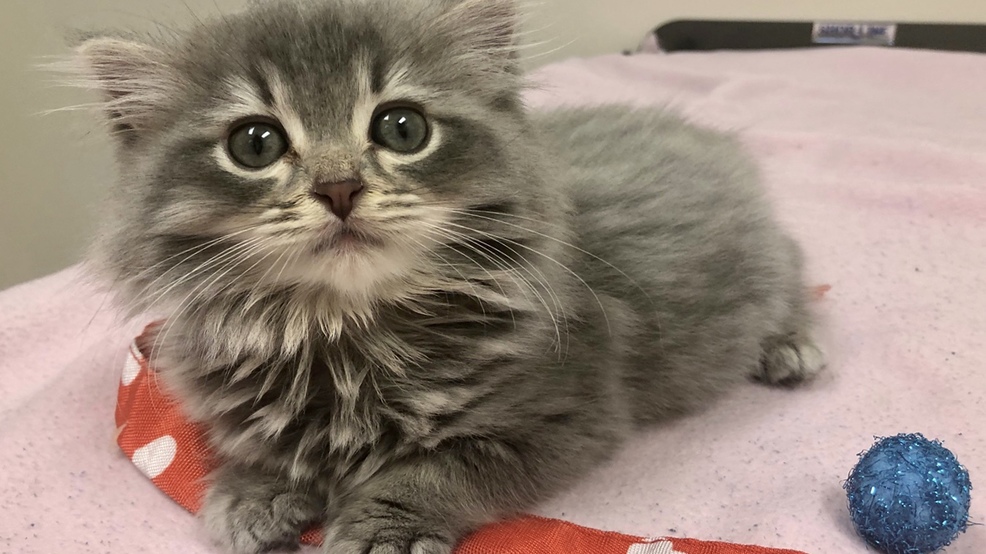 He plays, he pounces, he practically poses. Potato is an itsy-bitsy kitten - who has quickly become a social 'meow-dia' darling!

"So Potato here is a celeb-purr-ty. He is two months old and he is just under two pounds he’s 1.8 ounces," said Seattle Humane's Bekah Sandy has been fielding non stop inquiries about this tiny kitty.

"He has a genetic mutation similar to dwarfism in cats and this right here – this is the fully baked potato right here. That’s how he’s gonna be," she explained. "He’ll probably get a little heavier. We’re looking at two pounds, then he will be out of foster and [will] be able to be placed up for adoption."

Potato, his brother and littermate 'Gravy' and their mama first came to Seattle Humane as strays. There is a huge size difference between the kittens.

Both cats are purrfect, but it's the kicking power in this kitten that launched him into internet fame.

The frisky feline was enjoying some tickle time with his foster mom when something 'cat-a-clysmic' happened, at least in the world of social media.

"She was just playing with him one day and he rolled on his back and she was playing with this little feather toy and all the sudden his little legs – bunny kicks. And it was all these little [bunny kicks] and he just kept doing it and she was like 'Oh my gosh this is so cute'."

The mini-meower suddenly seemed more like a baby bunny. "[Potato's foster mom] just happened to be shooting video while she did it not knowing that this was gonna be a thing."

Seattle Humane has a volunteer page and she posted it on there. Then they shared it. Since then, the video has gone viral. According to Sandy, the number of views have been incredible.

"In the first hour it was like a quarter of a million. Which was a little bit unexpected," she joked. "I mean people love potatoes that’s like the American side dish. He’s my main dish. I’m telling ya – look at him."

Now Potato is their biggest star! Folks have been *flipping* out and wanting to take the cute kitty home. But the petite pal is already spoken for.

"I would like to tell people I am very very sorry but he is now spoken for. He has probably 7 million people in line to adopt him."

But there many more four-legged friends at Seattle Humane who are still looking for their forever homes.

"We have new loads of cats and kittens coming in every single day," she said. "When you adopt you literally save lives."

Potato may just be a tiny tater tot, but this kitten has already made a big and very paws-itive impression.

"His kicking desire is dwindling a little bit but not his cuteness - not at all," said Sandy as she snuggled with the kitten.