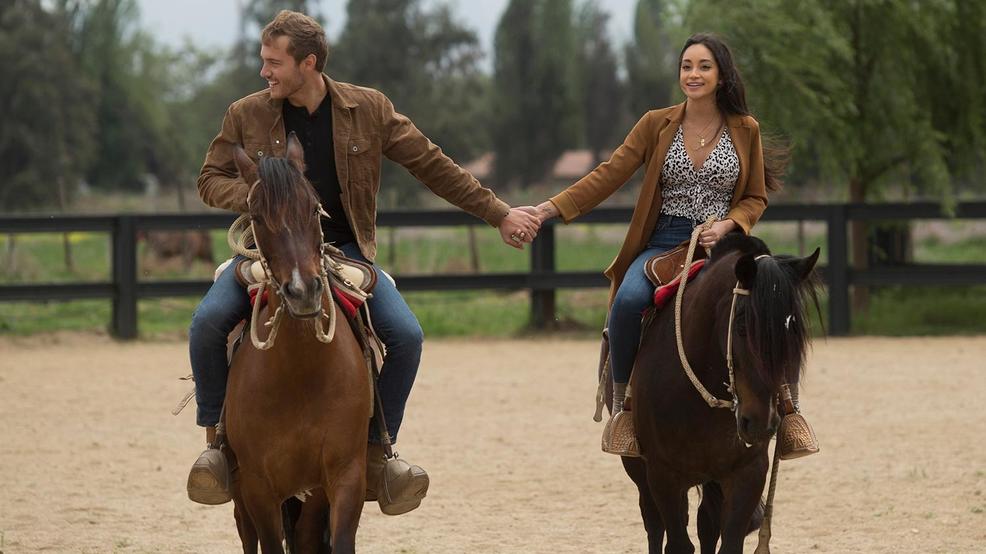 On the second explosive episode this week, airing on a special night, WEDNESDAY, FEB. 5 (8:00-10:00 p.m. PST), on ABC, Peter will need to concentrate on his developing relationships in Santiago, the vibrant capital of Chile. His first date raises serious concerns when she reveals she has never been in love before. Can she convince Peter that she is ready to settle down and get married? Another woman is getting a second one-on-one date causing a furor with one devastated bachelorette who hasn't even had one yet. 'The Bachelor' airs on KOMO 4. (ABC/Francisco Roman)
SEE MORE

Bachelor Breakdown: Chile is for Lovers (and Tears)

Last night on "The Bachelor" Peter and the women jet off to Santiago, Chile where Hannah Ann gets the first One-On-One of the episode. Peter proceeds to question whether she's ready for marriage, and seeing how she is 23, the answer is probably "No." But Hannah Ann tells Peter she's falling for him, so he gives her a rose.

The other One-On-One date in the episode is Victoria F., who has already had a One-On-One date. As you can imagine, this incenses some of the other women in the house. Victoria is also known for her Stage 10 Meltdowns, and she has another one (shockingly) on last night's episode. She's questioning whether Peter would be better off with someone else. The answer to that, is unequivocally "Yes." Peter and Victoria have spent basically 90% of their time together in tears consoling one another, however Peter is attracted to Victoria, so she too gets a rose.

Now on the Group Date, where the women attempt to go a full day without creating unnecessary drama, and fail miserably. The crux of it in this episode? Tammy versus Mykenna. Tammy maintains that Mykenna is immature and not there for the right reasons, which is a cardinal sin on this show. This drama leads to the dreaded Two-On-One date, where Tammy and Mykenna state their cases to Peter, who sides with Mykenna and sends Tammy home.

Mykenna's victory however, is short-lived. She too is sent home, just minutes later, at a Rose Ceremony. Mykenna leaves us with a speech that, in context is great, but was clearly rehearsed three to five times in a mirror. She's definitely headed to Mexico later this summer for 'Bachelor in Paradise' to renew her feud with Tammy.

Last night we also lose Victoria P. and Sydney, which means we're getting down to the nitty gritty with juts six women left and hometowns on the horizon.