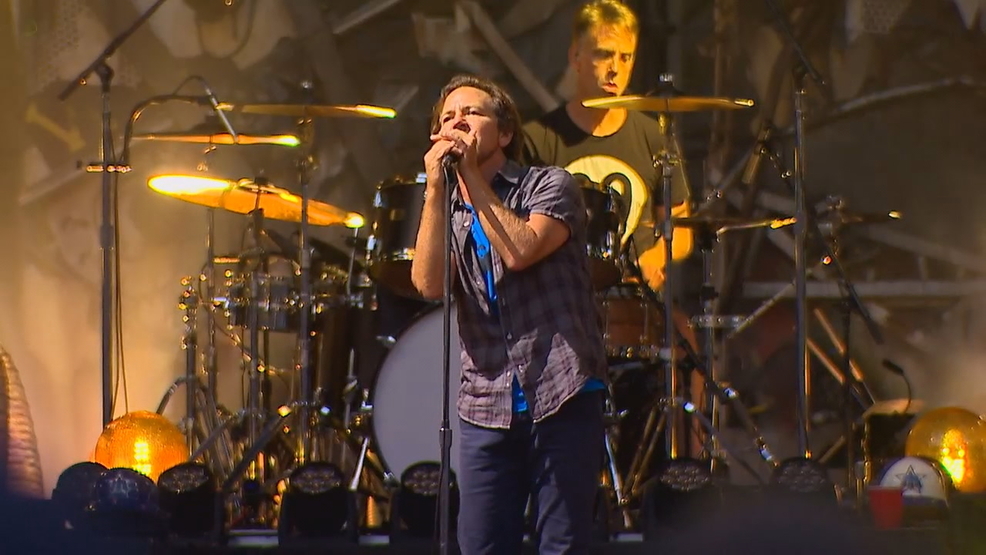 SEATTLE -- Iconic Seattle band Pearl Jam has postponed its upcoming North America tour for the release of their new album "Gigaton" due to the COVID-19 outbreak, band members announced Monday.

"As residents of the city of Seattle, we’ve been hit hard and have witnessed firsthand how quickly these disastrous situations can escalate," a note signed by lead singer Eddie Vedder and the band reads on their social media channels. "Our kids’ schools have closed along with universities and businesses. It’s been brutal and it’s gonna get worse before it gets better."

The tour was set to begin March 18 in Toronto and was expected to play 16 dates, finishing in Oakland, California in mid-April.

"We are being told that being part of large gatherings is high on the list of things to avoid as this global health crisis is now beginning to affect all of our lives. Unfortunately, communing in large groups is a huge part of what we do as a band and the tour we’ve been busy planning for months is now in jeopardy," the letter read.

"We have and will always keep the safety and well-being of our supporters as top priority. So it is with deep frustration and regret that we are forced to make this most unfortunate of announcements... This scheduled first leg of our PJ/Gigaton tour will need to be postponed and shows rescheduled for a later date."

The band says the risk to their audience is "simply too high for our comfort level" and know they bring in fans from around the globe at a time when "travel is something to avoid."

Ticketing information will come at a later date but current tickets will be honored for whenever the dates are rescheduled, the band says.

The album is still scheduled to be released on March 27. It's the band's first album since Lightning Bolt was released in 2013.

"Again, here in Seattle what we are witnessing we would not wish for anyone," the letter read. "What we do wish for the rest of the country is that they can avoid the harsh negative effects of this and retain their sense of community and take care of one another. Just as we look forward to our next concerts and the ability to gather together and play loud songs as energized as ever."

"We are so sorryAnd deeply upset. If anyone out there feels the same based on this news, we share that emotion with you."