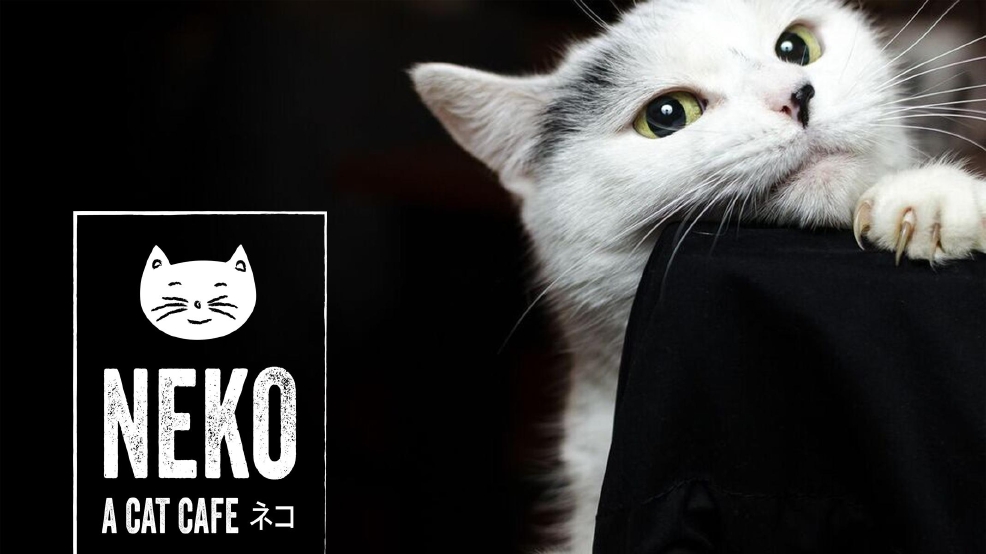 The cat café will house 10-15 cats of which the majority will be available for adoption through NEKO Cat Café's shelter partner (which will be announced shortly). Some of the cats though - primarily older cats who are not usually popular adoption candidates - will be permanently adopted by the café, so there will be a core population of favorite cats for regulars to hang out with. (Image: Courtesy NEKO Cat Cafe)
SEE MORE

It's raining cat cafés and dogs out there!

We were just getting over our excitement about Seattle's original cat café in Wallingford, which opened late last year, when we heard that another one - NEKO Cat Café - is in the works, currently slated to open on Capitol Hill in late Spring 2016.

Washington native Caitlin Unsell fell in love with Japan's cat cafés when she was living and working in Sapporo and missing her kitty. As a cat lover with over ten years' experience front of house in the restaurant industry, she visited and researched as many cat cafés as she could, determined to open a Japanese style cat café ('neko' means cat in Japanese) when she returned to Seattle. Since returning in May 2015, she has been putting together funding, talking to private investors, searching for a Capitol Hill location and commissioning designs for the space.

A recent Indiegogo campaign went some way to raising both funds and awareness. Though the campaign is now closed, many of the rewards such as VIP tickets to the opening party and a mention on the café's Wall of Fame, are still available. Contact Unsell directly on info@nekoseattle.com if you wish to make a donation and claim a reward.

The money raised will go primarily to building out the café. To meet regulations the overall concept will be similar to that of Seattle Meowtropolitan, with a beautiful café and an adjacent, but separate, kitty paradise or 'catarium'. This latter will feature many intricate cat perches and walkways and also spaces for the cats to withdraw and be comfortable, if they're not quite in the mood for showing off. Unsell has brought in architect David Clinkston to design both the café and catarium and create a cosy, welcoming space with a Japanese vibe. The plans shown in the gallery give some idea of the intended feel, but won't be finalized until a location is secured.

Unsell believes that Capitol Hill is the perfect location as it has a large population of millennials - young people with a love of animals, but whose lifestyle and living accommodation don't really allow them to keep a permanent pet. However, she expects it to appeal to all ages, to be the 'kind of place where you bring your friends for happy hour and your niece on Saturday morning'.

The cat café will house 10-15 cats of which the majority will be available for adoption through NEKO Cat Café's shelter partner (which will be announced shortly). Some of the cats though - primarily older cats who are not usually popular adoption candidates - will be permanently adopted by the café, so there will be a core population of favorite cats for regulars to hang out with.

"Cats have an innate ability to connect with people and there is no doubt that spending time with them can make you feel good," says Unsell. "It's actually proven to reduce stress, lower your blood pressure and improve your mood. Creating a space where humans and cats can relax and co-exist is a win for all of us."

The café won't just benefit the human population though. Unsell's other goal is to facilitate kitty adoption by showing the cats in their best possible light to potential owners. "By bringing humans and cats together we have a special opportunity to brighten peoples' days, while simultaneously alleviating overcrowding in Seattle's shelters, increasing cat adoptions and giving kitties the ultimate playground,' she says.

You can keep up with progress here on the NEKO website, or contact Unsell directly on info@nekoseattle.com about donating. And we'll obviously keep you updated here on Seattle Refined.