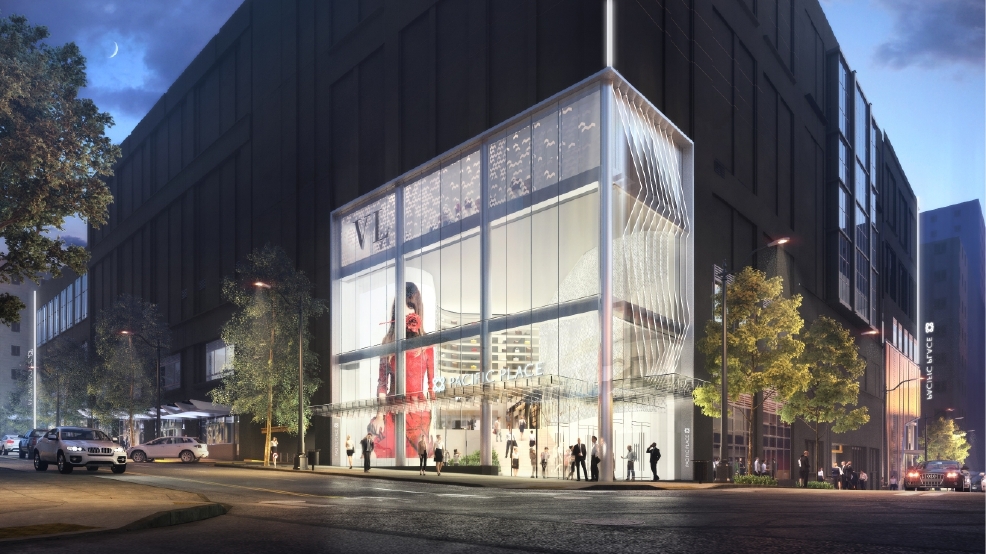 Pacific Place is about to get a massive remodel

If you're a frequent downtown shopper, we have some news that might rock your world. Pacific Place, the downtown mall home to more than 50 shops and restaurants (including AMC Pacific Place 11, Barney's New York and recently, Din Tai Fung) just announced their plans to undergo a multimillion-dollar renovation of their 339,000 square-foot, four-story building on Pine St., between 6th and 7th Avenues.

Madison Marquette, the building's real estate investment and operating company, are bringing on architectural firm Gensler to begin the transformation in the late 2017.

“With the ever growing high-tech neighborhood of South Lake Union to the north, the doubling in size of the Washington State Convention Center to the east, and the recently renovated adjacent Nordstrom flagship store connected via sky-bridge, it’s clear that Pacific Place will continue to be the central location for shopping in Seattle,” said Daniel Meyers, Sr. Vice President, Project Management, Madison Marquette.

The main changes coming our way will be a remodel of the center's common areas, and a new South Lake Union-facing grand entrance.

It's already been a big year for Pacific Place; just a couple months ago they purchased the attached parking garage, and earlier this month the incredible popular Din Tai Fung restaurant moved in

The first phase of the program is set to be done fall of 2018.