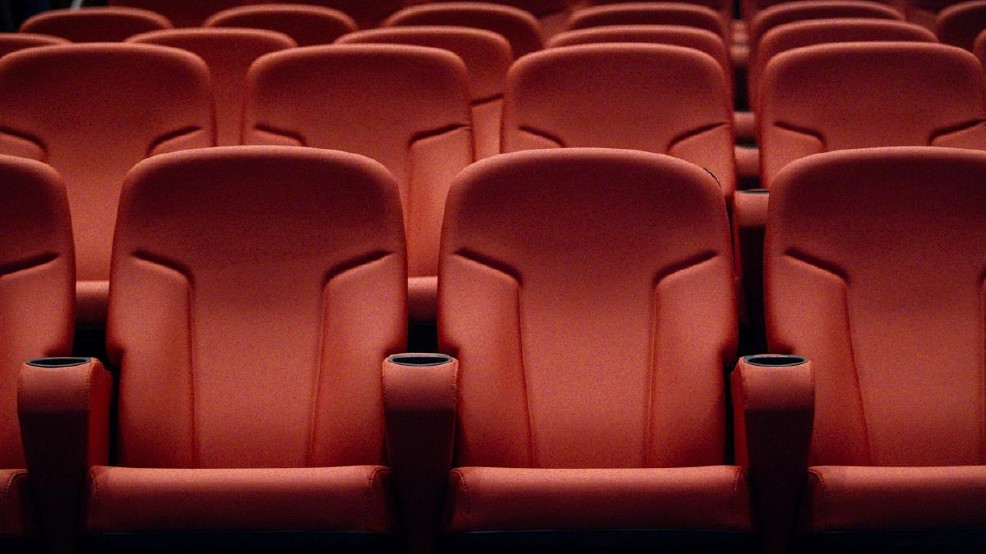 What's it like to see a movie in the newly re-opened theaters?

The first movie I remember seeing in theaters was “Titanic”. I'm told of other visits to the big screen - "Beauty and the Beast", "Aladdin", basically any film from the Disney Renaissance - but my memory is resolute, if not reliable. I had just turned nine, and my mom, thinking it was a historically accurate depiction of the most famous sinking ship, contemplated pulling me and my six-year-old sister from the room when Kate Winslet and Leonardo DiCaprio steamed up that car. The scene passed quickly and, by today’s standards, innocently enough, and I finagled two other family members to take me back so I could see James Cameron’s epic twice more in the darkened room, projected onto the biggest screen I had ever seen.

It is that defining memory that came to me as I returned to the movie theaters last week, my first time back since a March 11 screening of "The Hunt" (ouch). It is the longest stretch I've gone without going to the movie theater in at least a decade, and I was worried it wouldn't be the same. The beauty of the movies is that it is a happy, easy, casual place that is predictable and has no dress code. (Who hasn't been to a "Harry Potter" midnight screening in pajamas?) The seats are hardly ever cleaned, and the $10 popcorn is almost always overly buttered. But regardless of how often you go, no matter where you are in the country, it is always an event. To see a film with the lights dimmed and the projector whirring has become an integral part of the human experience.

AMC Oak Tree 6 in North Seattle is my preferred theater. Of course, they don't show everything - for smaller independent films the AMC Seattle 10 in U-District or SIFF Cinema Uptown are my go-tos - but if I can see a film from the comfort of a padded recliner, then by good golly, I'm going to. Regal has said they aren't reopening any of their venues nationwide until 2021, and SIFF has said the same of their three locations. Any theaters hoping to open in King County are immediately straddled with restrictions: operating at 25% capacity, ensuring six feet of social distance can be maintained between families, face coverings required at all times except while eating or drinking, ample sanitation stations, the closure of on-site lounges or rest areas, and a trove of other technical specifications that, if you've been to a restaurant or grocery store or any public place in the past six months, you would expect to see anyways.

Despite the fact that all of us are now so accustomed to these changes, I was nervous going in. I booked tickets ahead of time, as I have always done, choosing our favorite seats: the very end of the main section, right side, as far back as it gets. The system immediately blocked off any seats directly adjacent to the ones I chose so that other guests would not be able to sit in the recliners next to mine. (Pandemic or not, I wouldn't mind this new featuring sticking around...)

When we arrived, there were several other people at the entrance, which was surprisingly reassuring. Moviegoing is a communal experience after all, and sitting in a completely empty theater can be unnerving. The queue for concessions had those tell-tale "Stand here" boxes, and there was a clear partition separating guests from the employees behind the counter, but we were still allowed to pour our own drinks, a small concession (ha, jokes) and slice of normality in a year of immeasurable change. The ticket taker scanned the barcode on my phone from behind another clear pane of plastic, a tricky moment, perhaps, for the less technologically savvy who have only ever had a physical paper ticket ripped in half upon admittance.

"Tenet" is the one film that, upon the insistence of brilliant writer-director Christopher Nolan, has only been available in theaters without a simultaneous VOD (Video On Demand) release. As such, I had been waiting since Labor Day for the opportunity to give it a watch. It didn't disappoint, though my excitement at seeing it from the second home I had to evacuate seven months ago may have influenced things.

To my great surprise, there were even previews! I was curious to see what they could possibly promote, given that films aren't really releasing at the rate they were pre-pandemic. Tentpole blockbusters like "Wonder Woman 1984" and smaller releases like "Let Him Go" were both previewed. I found myself smiling through much of the screening, the overwhelming joy of being back in the movie theater almost too much to contain. I laughed more, despite the fact that "Tenet" isn't really a movie that elicits that kind of reaction, and I quickly forgot I was even wearing a mask.

I didn't sit in fear and regret the entire two and a half hours. I wasn't scared or regretful, mainly because I'd done my homework, and felt comfortable with the science that's determined the risk of contracting the virus from a surface is minimal. I felt safe wearing my mask, keeping a distance from those around me, and not touching my face. In addition to enforcing social distancing in the auditorium, the theaters are following sanitation protocol and have even improved their air ventilation with updated HVAC filters.

Going to the movies may not be in your wheelhouse quite yet, and that's ok too. We are all managing our risks as best we can. For me, a trip to the theater every once in a while is going to be my own form of self-care, a mental health field trip I am allowing myself in these unusual times. The theatrical establishments, both the big chains but particularly the smaller, independent theaters, need our patronage. Like many businesses during this economic nightmare, movie theaters are still paying their rent, even with attendance at record lows and fewer films to offer the public.

So now is the part where I implore you: if you can't or don't feel comfortable going out to see a movie, consider renting one at home through your favorite theater. Ark Lodge Cinemas and SIFF have "virtual cinema" options, which helps their bottom line. Buy a t-shirt, perhaps, or make a donation if you feel so inclined. If you want to go out, but don't want to sit in a room with people outside of your bubble, for just $99, you can rent out an entire auditorium for a showing of your choosing at AMC.

If I have one take-away from my trip to the movie theater, it is that, with a few adjustments, they have managed to make me feel safe and, more importantly, back at home. I don't want to imagine a world where new films have nowhere to go except online streaming. I want my daughters to have that first movie theater experience I did, perhaps with a more age-appropriate film. I want them to lament the number of previews you have to sit through. I want them to work through the happy dilemma of whether to get up to use the restroom or suffer through it so as not to miss any of what they're watching. I want them to feel that rush of adrenaline when the lights go off all the way and the opening notes of a film's score carry them into another world.