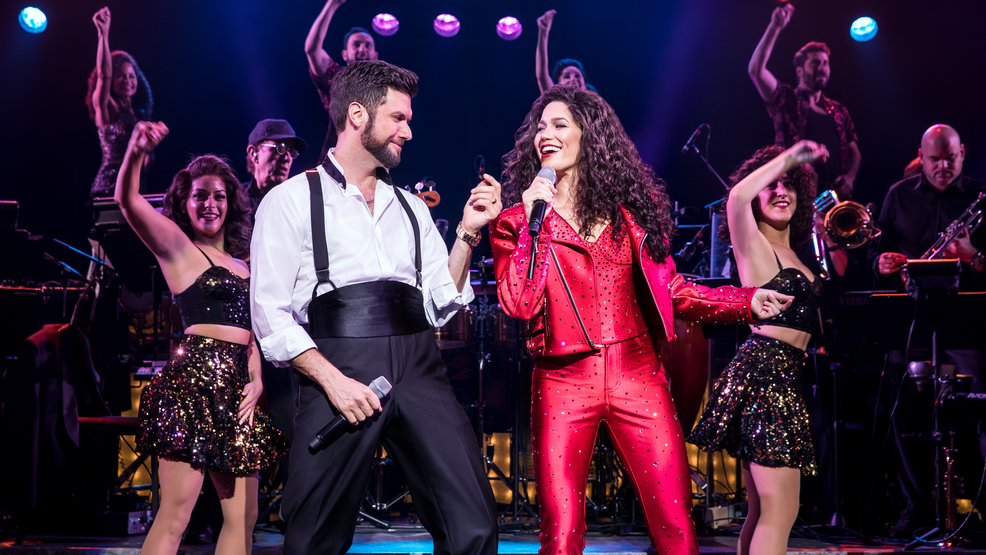 Mauricio Martinez as Emilio Estefan and Christie Prades as Gloria Estefan and Company, ON YOUR FEET! © Matthew Murphy<p></p>
SEE MORE

'ON YOUR FEET!' tells the real life story of Emilio and Gloria Estefan

'ON YOUR FEET' is a feast for the senses and the spirit. The exuberant musical tells the real life story of Emilio and Gloria Estefan-- and their rise to super stardom.

Ektor Rivera plays 'Emilio'. "It's a story of love, inspiration, of the American dream. "

Their music may be mainstream now, but in those days-- it was a struggle just to get their songs heard on American radio stations.

The show traces their lives together including how they met.

"He was looking for a Gloria you know women someone to sing his band is the Miami Latin Boys so he just want to meet her," Rivera explains. "He heard that she wrote music and everything went to discover her as a new talent but he never knew that the heart will get into the sentiment with her. And eventually they put Gloria Estefan as part of the band and it's very funny because he say to the guys I thunk we should change our name!" And so 'Miami Sound Machine' was born.

For Rivera, sharing Emilio's story on stage is a privilege. "Emilio Estefan is a person that never gives up. He's always had a dream and he's very stubborn in a good way-- in everything I don't know how he makes how he does it." Rivera continues, "He's a very perseverant person. Very creative--- a visionary."

'ON YOUR FEET' is an experience that will get the audience moving.

"This choreography is amazing," beams Rivera. "Beautiful choreography it's Latino obviously it's amazing. A lot of fire. I want people to go to the show and actually dance because I know they want to do it!"

Besides the dancing, the music spotlights the couple's greatest his. "The music is the Miami Sound Machine -- we've got half of the members of the Miami Sound Machine -- the actual one so imagine all the stories when we are in break. So it's like a live concert but everything engaged with a beautiful story of what is Emilio and Gloria Estefan," Rivera explains. "And who don't know the Conga and who don't know all the hits that Gloria Estefran had?"

At the heart of this musical-- a message. "You can do it if you believe in your dreams," states Rivera.