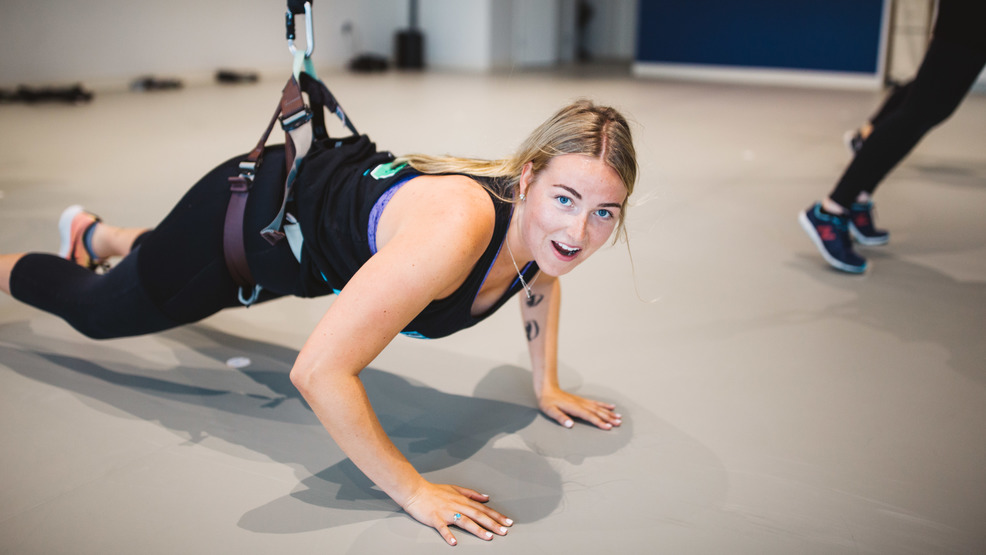 For those of you who have been reading or watching Seattle Refined any time after 2015, you’ll recognize this face.

Gena started here as an intern, and grew up the ranks (and into our hearts) quickly. She’s responsible for a ton of the content you see on the site (you’re definitely familiar with her sassy voice), and has made several appearances on the TV show as a guinea pig for difficult workouts, trying weird/crazy food, or just giving a great soundbite.

Around the office, she’s a bit of a celebrity. Co-worker and Big Idea Guy Will Harris even made her a song, called: “That Gena, She’s a Dreama!” [copyright pending]. Gena quickly went from co-worker, to friend.

"Whether we are hanging out with our moms at a Sheryl Crow concert or talking to each other in one of our very weird voices (#BhagwanSteve), Gena has been one of the best parts of working at KOMO," said accountant Erin Windham. "G - thanks for being the Carrie to my Samantha."

And it’s true. You give this gal an assignment, and she delivers.with FLAIR. I mean, how is this not TV GOLD?

“Gena’s elite athleticism honestly intimidated me at first. As she’s shown countless times on the show, she really likes to dance," said her desk partner and producer, Brandon Burnstead. "Sometime she starts dancing and you’re not even sure why because there isn’t any music playing, but she’s still out there crushing it. Would I call her moves 'good'? I don’t know. There’s some spastic movement in there that’s a little bit jarring if you’re not prepared, but it’s definitely high energy. She’s been my desk buddy since I started with Refined. This place won’t be the same without her."

Spastic. Jarring. Infectious. Just a few of the words our team uses to describe Gena.

“I’ve been in the television field for more than three decades - I know talent,” said host Gaard Swanson. “Gena is what the industry calls a ‘Triple Threat: Great Producer, Writer and On-Air Talent. I was one of the first to interview her years ago, I told our managing editor ‘Gena is the real deal, if you don’t hire her you’re making a big mistake!” Gena is young, vivacious and wicked smart. She will be successful wherever she goes!”

If you’re on the ‘gram, you’ll also have seen Gena take you along on some of @SeattleRefined’s trips and experiences. In fact, our Instagram was in many ways her baby, and she plumped that little one right up into a happy, healthy, bouncing child.

“One thing you need to know about Gena is she’s very passionate,” said Jenna Luthman, Segment Producer II. “Passionate about social media, writing, meat buckets, pickles, dancing like no one’s watching and horoscopes. One thing she’s not passionate about? Dry Januarys. She really is the best!”

All of this is to say – today is Gena’s last day with Seattle Refined. She is taking some time to go to Australia to live, explore and volunteerand while we couldn’t be prouder of her, we’re also gutted. Because she was and is, the best.

When Gena walked into the office every day, it was like a ray of sunshine brightened up the room,” said producer Malia Karlinsky. “She has a big ole’ smile and an even bigger heart. She’s the Chrissy Snow to my Janet [Three’s Company reference] and I’m going to miss her wit, warmth and wisdom beyond her years.”

"Thank you for your wit, sass, talent, and passion for rugby [players], and Harry Styles. Your on-again-off-again relationship with meat truly kept me on my toes for years," said editor Britt Thorson. "You were my first and best hire, my web partner in crime, my ride or die! You'll forever be a member of the Refined team."