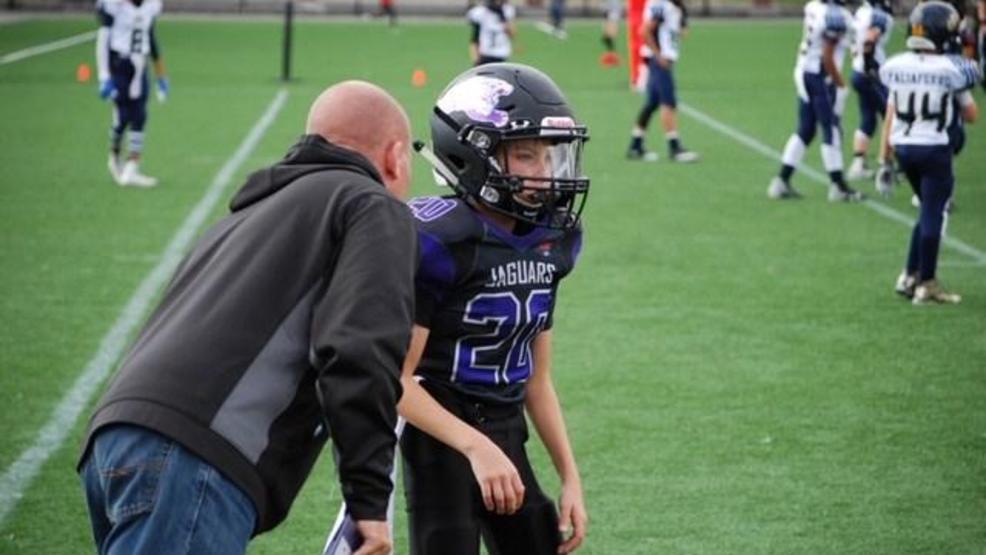 New research from Seattle Children's Research Institute and UW Medicine's Sports Health and Safety Institute found concussion rates among football players ages 5-14 were higher than previously reported, with five out of every 100 youth, or 5 percent, sustaining a football-related concussion each season.

Published in The Journal of Pediatrics, the study summarizes the research team's key findings from data collected during two, 10-week fall seasons in partnership with the Northwest Junior Football League (NJFL). Licensed athletic trainers from Seattle Children's treated and recorded concussion from the sidelines at NJFL games to allow researchers to characterize concussions in this age group – from how often players sustained a head injury to factors that influenced their risk of injury.

"Measuring the incidence of concussion in grade-school and middle-school football players is essential to improving the safety of the game," said Dr. Sara Chrisman, an investigator in the research institute's Center for Child Health, Behavior and Development and lead author on the study. "It's hard to determine the impact of prevention efforts if we don't know how often these injuries occur at baseline."

Getting accurate data in a difficult to track age group

Part of the reason prior studies may have underestimated the incidence of concussion in youth football by as much as 4 percent is because they relied on incomplete injury reports from team managers, coaches or other data sources. Despite an American Academy of Pediatrics recommendation that athletic trainers provide medical coverage for youth football, the use of athletic trainers is not as prevalent in grade-school and middle-school football leagues. It is likely that some youth with concussion in this age group go undiagnosed in the absence of a medical professional on the sidelines.

To provide a more accurate snapshot of concussion incidence, the current study provided licensed athletic trainers for medical surveillance at all NJFL league games and practices during the 2016 and 2017 seasons. The athletic trainers helped researchers identify 51 football-related concussions among the 863 youth they followed as part of the study, with 133 of those players participating in the study for two seasons.

"We're just starting to piece together how factors such as prior injury or depression may contribute to a child's risk of concussion. Our study revealed patterns about who was most at risk for concussion, and these are areas we hope to explore in future studies," Chrisman said.

Andrew Ronneberg, 14, is a naturally gifted quarterback and cornerback for the NJFL's North Creek Jaguars.

His mom, Tonya Ronneberg, has always invested in the latest equipment to give him extra protection on the field – from built in sensors that detect hard hits to purchasing Andrew his own helmet since age 8. When Andrew experienced a concussion during a game in the 2017 season, Ronneberg was glad a Seattle Children's athletic trainer was on the sideline.

"An opposing player had grabbed Andrew by the arm and flung him to the ground, causing him to land on his head hard," she said. "The athletic trainer saw it right away and took him out of the game."

After seeing a sports medicine specialist the next week, Andrew stayed home from school for a few days and missed the rest of the football season. He didn't mind taking the online follow-up surveys that were part of the research study and returned to play for the Jaguars in the 2018 season.

"We felt it was important to participate in the study because no one else had captured information on players like Andrew before," Ronneberg said. "When you start following players at a young age and continue to gather information through high school and college, you create a more detailed history that can help researchers better understand concussions in football players."

Recreation and sports related concussions affect up to 1.9 million youth in the U.S. each year. Led by Dr. Frederick Rivara, the director of the Seattle Pediatric Concussion Research Collaborative and professor of pediatrics at the University of Washington School of Medicine, the NJFL study is one of several studies underway at Seattle Children's dedicated to improving understanding of youth concussion and finding better ways to prevent, diagnose and treat it.

"This study lays the groundwork for new efforts to prevent head injuries in youth football," said Chrisman, who also leads research using pre-game safety huddles to promote safe play. "Making sports safer for youth is at the core of our research."