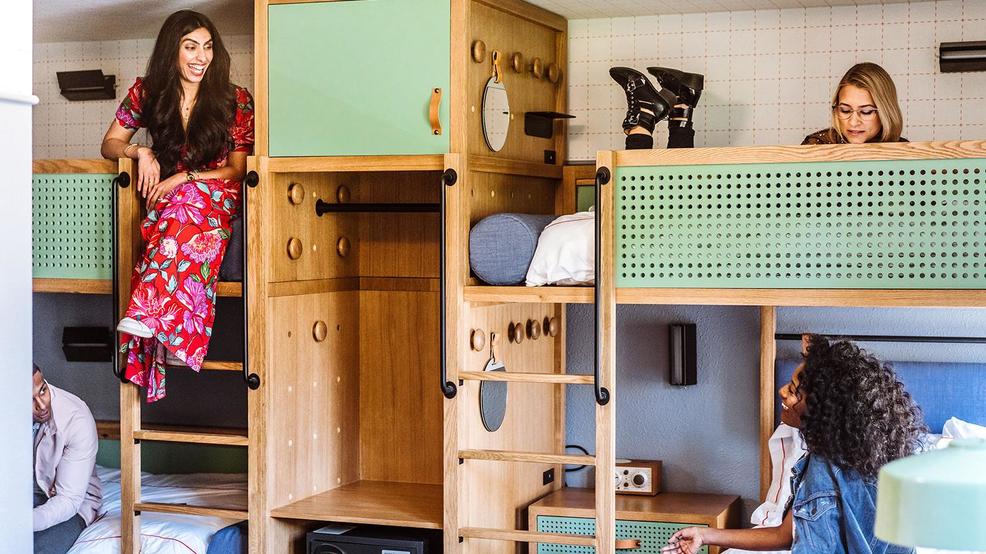 We write a TON about staycations, whether it's here in Seattle, on the Eastside, down in Olympia, or somewhere semi-close. And we stand behind our love of the staycation: a vacation with little to no travel, where it's just about hanging out, unwinding, and taking it easy. There's something about physically not being in your house, around your dog/kids, that immediately releases you from responsibility. Or maybe that's just me?

But as Seattle has changed (especially downtown Seattle), we are growing more and more aware that booking a night at a hotel in the Emerald City doesn't make a ton of financial sense a lot of the time. In fact, sometimes it actually might be more bang for your buck to fly somewhere (anyone else get those $79 emails from Alaska and Delta)?

All of this is to say - we see you. We hear you. Staycations sound great, but we're going to work to give you actual options that aren't $400+ a night, to not leave your city. Starting here, and now, with Hotel Max's new Bunk Rooms.

Launched in May 2019, the hotel on Stewart & 6th created two Bunk Rooms, each with the capability of sleeping up to five. Each room has two bunks - one with two twins, and one with a twin on top, and full below. The rooms are small, 375 square feet, but it doesn't feel unbearable. There's even a separate area with a sectional couch, coffee table, TV and curated vinyl collection from Sub Pop Records. Cause you know, why not.

The best part? Rates range between $188 to $274 a night. Divide this by four or five people, and suddenly staying in a nice hotel in downtown Seattle becomes a lot more doable. Also - the kitschiness of it is just too cute. It's almost like a much, much nicer version of summer camp. These rooms would be perfect for a girl's weekend, bachelor/bachelorette party, kid's birthday party, family vacation - the list goes on. I'm especially looking forward to the idea of these rooms when there's a big concert in town, and the idea of driving or Ubering in and out of the downtown corridor before and after makes me weep.

Have I piqued your interest in these rooms? Is the little kid inside you dying to crawl up to the top bunk for the night? Check out their availability online (remember, there are only two so book soon)!

Prices for the upcoming months are as follows: