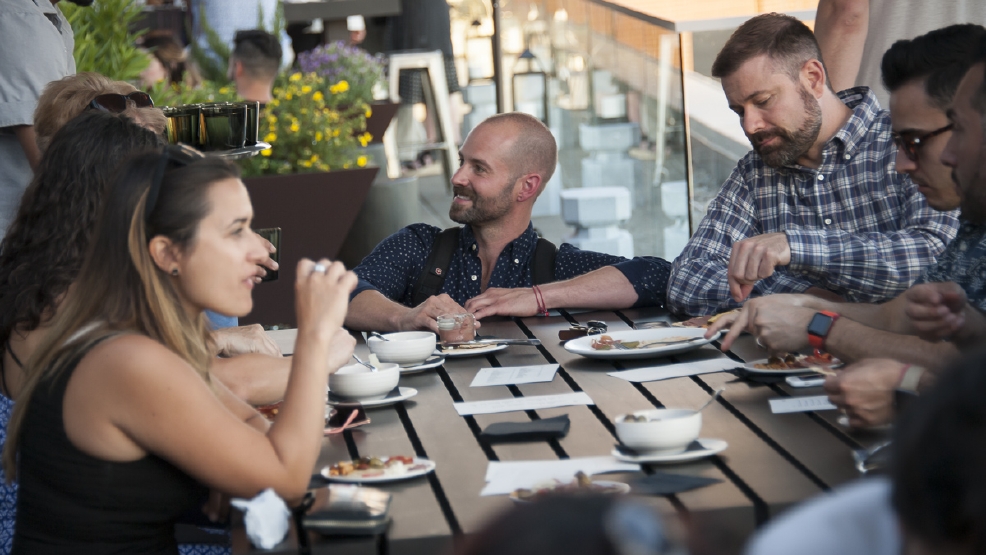 Progressive Dinner: Host Joey, Pretty Fork co-founder, guides you to 9 courses and 3 drink pairings spread across three restaurants in a single neighborhood, which won’t be revealed until shortly before you embark. A beefed-up “trust the chef” tasting menu for diners with insatiable curiosity to match their appetites. (Image: AirBnB)
SEE MORE

Can Airbnb Experiences unlock a new side of Seattle?

Face it: You’ve probably already forgotten what the inside of a hotel looks like — as a budget-savvy traveler, you likely book, and maybe offer, a guest bedroom, bungalow, or even spare castle through Airbnb, a global marketplace for unique accommodations hosted by locals. Well, prepare to take the next step toward travel immersion, as Airbnb officially launches its Experiences program in Seattle this week, and Portland later this month.

Experiences are another way for hosts to share their view of Seattle while earning some extra income.

“Not to take anything away from the main attractions like the Space Needle, Pike Place Market, but you may do all that then stay an extra day to do something unique, or you may come back,” she said. “Economically, it’s better for a city.”

Airbnb takes 20 percent of a host’s fee (except for social impact Experiences), and doesn’t demand that Experiences be exclusive to its service. So the “Progressive Dinner,” hosted by a founder of culinary tour company The Pretty Fork, for example, can also be found on The Pretty Fork's website, even for a lower price. But with millions of guests, Airbnb offers a platform unlike any other for attracting attention to your expertise.

Read on for an overview of the inaugural 9 Experiences in Seattle, then get involved at airbnb.com/experiences.