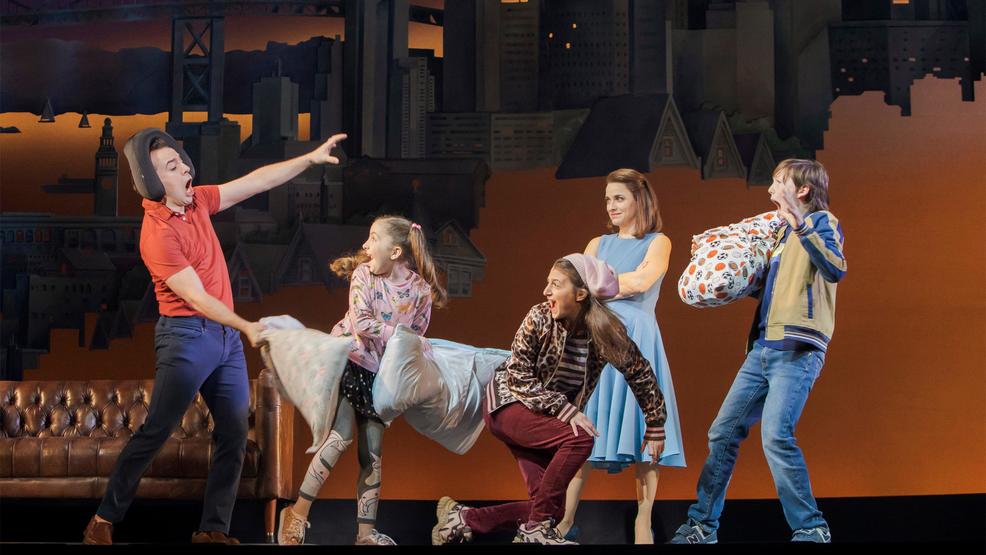 When you think of "Mrs. Doubtfire" the classic '90s movie with Robin Williams probably comes to mind.

But now, for the first time ever, the beloved film is hitting the stage for a brand-new musical at The 5th Avenue Theatre!

Tony-nominated Broadway actor Rob McClure stars as Daniel Hillard, an out-of-work actor and father of three, who become Mrs. Doubtfire as a way to remain close to his family after losing custody of his kids.

"At its core, Mrs. Doubtfire is a show about family and redefining what it means to be a family. I think that's what made the movie so iconic," said McClure. "And then you get the comedy, but I think that emotional core is what makes it sing. It's what makes it a great adaptation for a musical, and our writers have found the perfect moments of the story that sing so beautifully."

In playing the role, McClure knows he's stepping into the shoes, or rather pumps, of a comedy icon.

['Mrs. Doubtfire the Musical' coming to Seattle, then heading straight to Broadway]

"What Robin Williams did in [Mrs. Doubtfire], is he created a character that's so iconic, she almost exists outside him now," explained McClure. "I'm equal parts thrilled and terrified to take a swing at it, but I feel like part of honoring him is making it mine in a way that, I hope, he would approve of. I think that means starting from the same place he did, starting from the same sort of gentle place, the kind place."

"Almost every Robin Williams movie, you're laughing and laughing and then you're crying. That was his heart. He had this amazing capacity to get in there and grab your heart unbeknownst to you because you've been laughing the whole time," said McClure. "That's what I think I and this amazing team are after."

There isn't any photos or footage of McClure as Mrs. Doubtfire. Producers want to keep the transformation a surprise for audiences, especially since the show is headed to Broadway in the spring. For theatergoers in Seattle, it's a chance to be part of the creative process. As McClure describes it, the audience is a character, and their reactions help the writers make minor tweaks to ensure the show really resonates.

Mrs. Doubtfire the musical will be playing at the 5th Avenue Theatre through December 29, 2019.