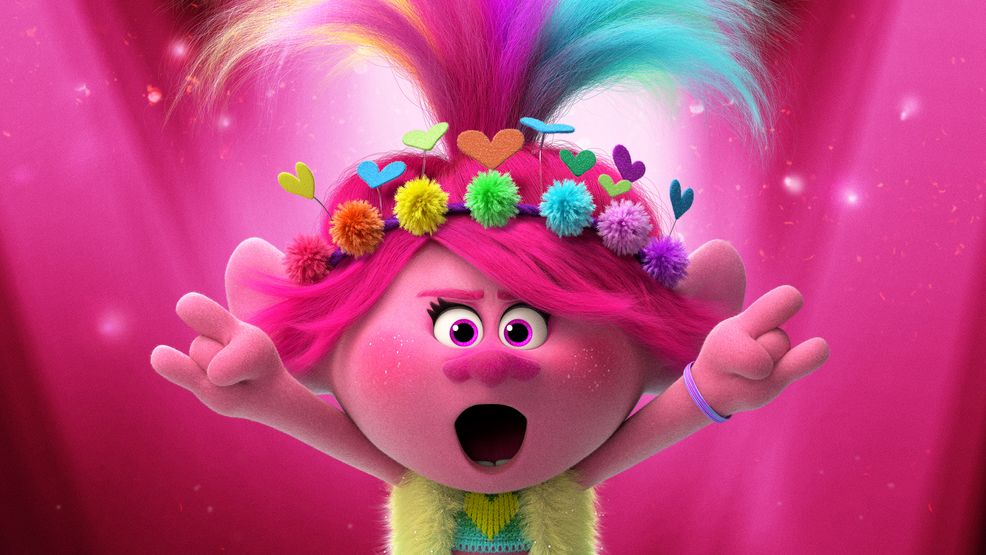 Need something new to stream? We got you

As we have all been bouncing off the walls these past few weeks - for a good cause, yeah, ok, I know - I can't help but reminisce on escaping to the movies. Remember the smell of popcorn covered in artery-clogging butter? Remember sitting near other people?? COMPLETE STRANGERS! Mere inches away!

Oh, the good ol' days. We can tell our grandkids about them.

For highly-anticipated blockbusters like Disney's "Mulan" and Warner Bros' "Wonder Woman 1984" among many others that were slated to release in the upcoming months, their respective studios have made the difficult decision to push back release dates. These films often cost hundreds of millions to make, and it would be remiss for them not to attempt to recoup some of that money back at the box office. Coincidentally, it's hard to see a film on the big screen...without anyone operating big screens.

But just because the movie theaters have shuttered, for now, that doesn't mean Hollywood hasn't thrown us a few quarantine bones. We've rounded up some flicks that are being released onto streaming services sooner than expected, allowing us to peep them from the comfort of our well-worn couch while we fight the good fight of cuddling up and staying home.

What may be the most significant film of the year is, ironically, a bright and upbeat animated sequel to 2016's "Trolls." "Trolls World Tour" is important, not because it's a revolutionary work of art, but because it is the first film intended to have a theatrical release that is instead headed straight to VOD. A few other films appear to be following in its footsteps already, but only time will tell if this trend is temporary or a permanent fixture of the entertainment industry.

Also initially set to hit theaters April 17, "My Spy" is going straight to VOD with STX Entertainment signing an exclusive deal with Amazon Prime Video to offer its domestic debut. The unusual buddy comedy stars Dave Bautista as an undercover CIA operative assigned to a hardworking mother and her too-smart-for-her-own-britches daughter (newcomer Chloe Coleman). The film is sweet, predictable fun for the whole family.

Where to stream: Prime Video TBD

Though it did have a small run in theaters following its March 6 release, Disney has gifted us with an early release of its latest Pixar collaboration on its streaming site, Disney+, and elsewhere for purchase. Set in a mystical land, two brothers set off on an epic quest to retrieve a magical artifact that has the power to reunite them with their father. Before you grab your tissues, you can read our review of "Onward" here.

Where to stream: Disney+ (free with subscription)

It's hard enough for an indie film to find an audience. Throw in a pandemic that closes movie theaters nationwide and a movie about abortion, and you've got the perfect excuse to send it straight to streaming. "Never Rarely Sometimes Always" is a quiet film that makes a loud statement. It surely will find fans now that indie film lovers are forced inside.

The romantic comedy- mystery starring funny people Issa Rae and Kumail Nanjiani was due to release April 3. However, Paramount has sold distribution rights to Netflix, who has yet to set a release date. But needless to say, we could all use a hefty dose of humor in these trying times.

Where to stream: Netflix TBD (free with subscription)

Dropping three months ahead of schedule, "Frozen II" is perhaps just what you needed to bribe the little one in your life to behave for longer than five minutes. Catch up with Queen Elsa, Princess Anna, Kristoff, Sven and Olaf as they solve the mystery of an enchanted fog and the history that connects with their own family's past. We actually enjoyed this one more than its predecessor - *GASP* - but you can read our full review of "Frozen II" here.
Where to stream: Disney+ (free with subscription)

"Portrait of a Lady on Fire"

If you're missing the intellectual draw of artisan film, then Hulu has you covered. "Portrait of a Lady on Fire," a French historical drama, depicts an affair between an aristocrat and the artist tasked with painting her. The lesbian love story is more than merely recapturing that which has been subverted by the male gaze, and it can't be defined by its emphasis on the burgeoning female gaze either. It is an ode to art and, more specifically, the healing powers that creative output has to both capture that which is and preserve that which was lost.

Where to stream: Hulu (free with subscription)

Based on the young adult book loved by generations of kids, Artemis Fowl was slated for release next month, but it is now purportedly coming to Disney+ sometime in the imminent future. The titular character is a young criminal mastermind whose mission to find his missing father leads him hunting fairies. The series has a solid fanbase that is sure to check it out when it hits the streaming platform.

Where to stream: Disney+ TBD (free with subscription)

"Bad Boys for Life" hit theaters on January 17 and a mere 74 days later has found a home on VOD, a pre-pandemic record for theater-to-VOD turnaround. The third film in the "Bad Boys" series, it stars Will Smith and Martin Lawrence as Miami detectives on the trail of a mother-son drug-dealing duo. It's nothing new, but it's always a raucous time with Smith and Lawrence.

In what was arguably the year's first megaflop at the box office, "Dolittle" has been sent to streaming sites early to help entertain the legions of youngsters ready for something new. Based on the iconic children's books, the film stars Robert Downey Jr. as Dr. Dolittle, who can speak in animal tongues to cure their ailments and solve various mysteries. This adaptation is a swash-buckling adventure that we didn't hate as much as other critics, but you can read our review of "Dolittle" here.

For the handful of films that had just hit theaters as COVID-19 became a real threat here in Seattle, studios made the unprecedented decision to release them on various streaming sites... for a price. $19.99 will get you access to most of these features. It's a hefty sum, but if you're watching with multiple people, it comes out to far less than the price of a ticket per person. We recommend "Emma." and "The Invisible Man," but you can read our full reviews here: "The Hunt," "Emma.", "The Way Back," "The Invisible Man," "Sonic the Hedgehog"

"Some Good News with John Krasinski"

Quarantine got you unable to focus on anything for two hours? Looking for something short, sweet (and free)? John Krasinski, aka Jim from "The Office" and the writer-director of "A Quiet Place," is offering an adorable show shot from his home office featuring graphics drawn by his daughters and stories meant to spread joy.