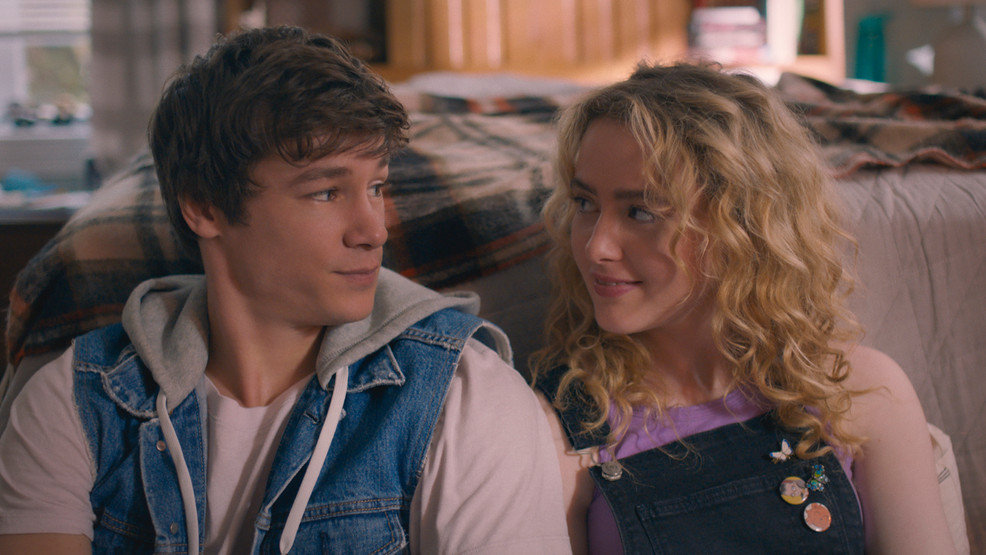 Review: 'The Map of Tiny Perfect Things' is a tale as old as time

The modern YA genre is limitless in its lack of imagination, or possibly its unwillingness to veer from the script. The latest addition to the genre known for its endless number of cutesy titles is "The Map of Tiny Perfect Things", a time-loop love story a la "Groundhog Day" and, more recently, "Palm Springs". The film is arguably more like the latter as Mark (Kyle Allen), stuck in the same day for an undisclosed amount of time by film's start, discovers that he isn't actually alone in this physics-defying experience. Margaret (Kathryn Newton) comes strolling into his life, a gust of fresh air and the only other person he has met who is aware of the current wrinkle in time's function.

With films that operate in the light sci-fi arena - then compounded by the fact that this was made for young adults - it's best not to look too closely at the details which inevitably don't line up perfectly. Despite the fact that Mark has done everything there is to do in his small town (he even knows when a bird will defecate on a bystander at one particular corner of a street), he somehow has missed meeting Margaret who has also been filling her days around town. Regardless, now that he knows she exists, he is drawn to her companionship like a turtle to the sea. After all, she is the only other person in the world who isn't on a hamster wheel, forced to repeat the day exactly the same way over and again, blind to this broken turnstile conceit.

That is possibly the best way to summarize this iteration of the time-loop romance dramedy: an appliance, meant for function not form, that works well enough to do the job, but not enough to enchant, a turnstile that squeaks as it moves around and around or, worse, prevents us from moving forward with the story at all. There is a humorlessness, a lack of vibrancy to which "The Map of Tiny Perfect Things" falls prey. Unlike its predecessors in the genre, this film fails to connect its characters with each other and also with the audience.

In a montage sequence that feels about as familiar as the film's many other tropes, Mark and Margaret go on a hunt around town for all of the "tiny perfect things" that make the day so special. A man comically getting hit with a tennis ball, animals being goofy, painted angel wings on the side of a truck lining up precisely with a guy sitting on a bench...Mark and Margaret create a map of these people/places/events, hoping that will enable them to escape the wormhole they've entered, or at the very least, make it through the day(s) - singular, but also plural - without going completely mad.

There is a twist, and it's painfully obvious. Margaret is elusive, hesitant to join in any of Mark's attempts to relieve themselves of their chronic deja vu. As they take their experimentation further than either have gone by hopping aboard a flight to Asia in hopes of thwarting time itself, Margaret gets cold feet, retreating to the comforts of the small town and the life she's grown used to repeating. Although Margaret's secret is intuitive and very easy to guess, this is the one part of the film that feels surprisingly real. Otherwise, the film follows a very strict, vanilla, played-out format. The scavenger hunt for "perfect things" feel manufactured and, worse, not imperative to the story, despite its contribution to the film's title. Mark's issues with his family merely skim the surface and aren't so interesting for us to wish for more information.

Margaret herself is the most refreshing part of the film, a more complex character dealing with hard emotions and a life caught at a crossroads as she is forced to deal with what the "after" (when the day stops repeating itself) would bring. She has the most to lose, but also plenty of emotional currency to gain by accepting and moving on. We aren't sure what Mark's role in this is, and why we follow him in the first place, except that what is a young adult story without a handsome, young teenage boy at its core doing everything he can to swoop in to "save" the quirky, misunderstood teenage girl? Tale as old as time. Then time again. Then time again. Then time again.

"The Map of Tiny Perfect Things" is available on Prime Video.