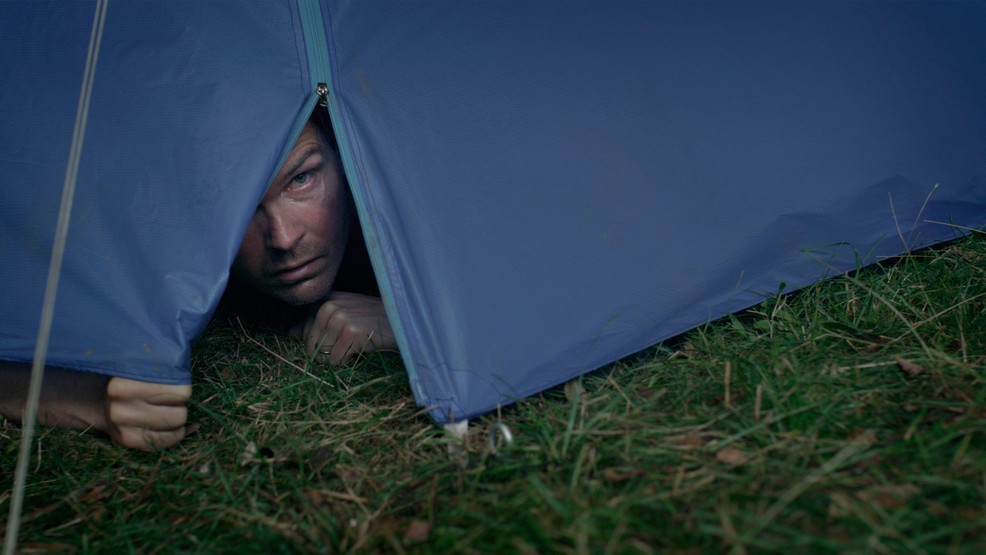 Review: 'Koko-di Koko-da' may creep you out, but it's not a true horror film

"Koko-di Koko-da", a joint Swedish-Danish psychological horror fantasy, pinpoints why I don't go camping (and have no real plans to in the future). There is a particularly eery aspect of pitching a tent overnight in a deserted part of the world that involves putting yourself in the position of a sitting duck. There is no one nearby to help you, you must fill the tent with all of your belongings and simply go to sleep, all at the whim of strangers nearby. If a maniac attacks you in an empty forest and no one is around to hear your scream... you know the rest.

That is perhaps why "Koko-di Koko-da" sends its characters, married couple Tobias (Leif Edlund) and Elin (Ylva Gallon), down a "Groundhog Day"-esque rabbit hole of torture, violence and eventual murder while on their camping "vacation". After losing their daughter Maja three years prior, the couple has become disconnected. They take this trip as a way to hopefully repair the fissure in their relationship. What they encounter instead is a three-person traveling circus of malevolent nursery rhyme characters led by Mog (Peter Belli), a creepy old many in a white suit who yields a cane and orchestrates the pain.

The characters are from the music box Maja was given for her birthday, the one she was never able to unwrap before her death. The old man and his cronies - Cherry (Brandy Litmanen), a tall, brutish woman with a furrowed brow and pistol aimed perpetually at Tobias' private parts, and Sampo (Morad Baloo Khatchadorian), an oafish man with a perpetually dumb look on his face and unparalleled physical strength - are part slapstick, part horror. Sampo carries around a symbolic white dog that is dead or in the process of dying, and they have with them another canine who is only interested in his next kill. They move in delight at the prospect of torturing Tobias and Elin who, after several turns around the rosie, gain the realization that they are in a twisted time loop.

Which is what makes "Koko-di Koko-da" such an interesting film. It uses the time loop as an allegory for grief. The bereaved parents are unable to escape the pain and suffering caused both by the loss of the daughter, but also by these monsters that haunt them. It's hard to say which is a more excruciating experience: finding your child cold and lifeless, then being expected to continue living your own life; or succumbing to death over and over again. As the viewer, we almost prefer the repetitive cat-and-mouse game because it's easier to dismiss as horror fiction. The realization that we could lose a child to something as banal and unseen as bad shellfish is the scariest part of the film.

"Koko-di Koko-da" is not a true horror film. It has horror elements, and it may creep you out in parts, but the violence is actually quite subdued, and the torture is pretty uneventful. Writer-director Johannes Nyholm focuses his energy on setting the tone and mood that highlights the couple's despair and forces us as the audience to try to solve the riddle he lays out. Nyholm intercuts the film with a story told in shadow puppets, two little bunnies who have also lost their child. There's a colorful bird (we suspect might be life? or living? it's really hard to say) that watches overhead before eventually finding its demise as well, only to be reborn from its ashes like a phoenix. There is also a bewitching white cat with red eyes that roams the area and has, as far as we know, no real relation to the events transpiring except, perhaps, as a symbol of sorts.

The film is heavily rooted in Surrealism, an art movement known for juxtaposing unlikely things in order to bring the reality in the unconscious to the forefront. Much of "Koko-di Koko-da" feels like a dream. Even in the end, as Maja sits turning the handle on the singing box she wasn't able to enjoy in life, we aren't sure if Tobias and Elin are still alive? If they have died and are forced to live in this strange sort of purgatory forever? Or if there really isn't any answer to what happened to the couple because it doesn't matter. We acknowledge that, like the shadow puppet storyline, this is a work of art meant to make us ask questions. They lost their daughter, and the rest is gibberish. They are changed forever by their grief, which has manifested itself in a strange, potent way. As the viewer, there is plenty to dissect, if you can get yourself to watch a film that is hardly straightforward and, therefore, perhaps not as appealing to some.