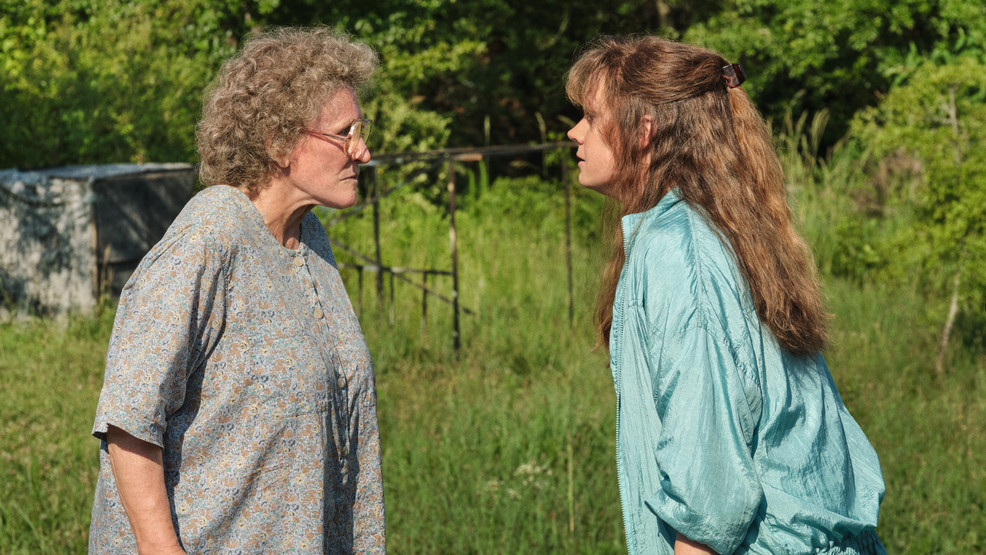 Review: Glenn Close and Amy Adams are the heart of 'Hillbilly Elegy'

How do you escape your upbringing? For many, it is America's version of "tale as old as time". History repeating itself, like a broken record stuck on a particularly annoying part of the chorus. It rings true for nearly every socioeconomic community. Based on a memoir by a marine and Yale law graduate, "Hillbilly Elegy" tells the story of one such group, the Scots-Irish "hill people" of Appalachia, disenfranchised as a result of industries leaving the South and Midwest for oversees manufacturing. They are left with poverty, alcoholism, drug abuse, violence and pure, undiluted cynicism. This is the group often talked about as winning Trump the election in 2016: white, poor middle-to-lower class communities fighting for jobs, for money, for the life they once were allotted.

Our lead in "Hillbilly Elegy", J.D. (Gabriel Basso) was able to pull himself up and out to Yale where he is interviewing for summer internships at a law firm. He's come a long way, but he still isn't out of the proverbial woods. He survives law school by working a paying job in the little spare time he has. Money is an hourly struggle, and, like many but particularly for a boy from Rust Belt Ohio, he feels like a fish stranded on the shore. He doesn't know which forks to use at fancy restaurants and can't keep up with those around him who were raised in better conditions. Though he has the support of his girlfriend Usha (Freida Pinto), there is something she can't help him with, a part of his life he has chosen to leave behind in Middletown, Ohio. It is a call from his sister (Haley Bennett) who still lives in the small town that forces J.D. back to his childhood to deal with his manic mother (Amy Adams) and all the problems that defined his youth.

Glenn Close also stars as Mamaw, J.D.'s grandmother and the matriarch of the family and certainly the powerhouse in a film filled with lightning rod performance; the others are in her service, grounding her electric, wild, seductive energy. Close, who is known for her incredible depth as an actress and who was notoriously snubbed for what would have been her first Academy Award win in 2018 for "The Wife", completely transforms for the role, donning elaborate prosthetics and spending hours in hair and make-up to get the exact look of real-life Mamaw Vance. And wow do they nail it.

But it is Close's fierceness as the Appalachian grandmother and her willingness to dive headfirst into the part that wins the audience over. She, along with Adams who plays J.D.'s drug addicted mother, are the heart of the film, the pulse by which we stay connected to the story at all. The film flits between the present and the past with an effortlessness and stylized, but still organic, nature characteristic of a Ron Howard film. There is a humanity that Howard and writer Vanessa Taylor imbue into scenes that can be, for much of the film, frustrating and heartbreaking with their endless loops of mental health issues and physical and verbal abuse.

Based on the memoir by J.D. Vance, the film is cognizant of never looking down on its subjects. They aren't to be pitied, and though J.D. nearly gets into an altercation at the ill-timed use of the word "redneck", "hillbilly" is a term of endearment for a group who wear it proudly. The film certainly feels overly dramatic at times, and there isn't much of a lesson to learn. No big picture revelation, except, perhaps, that these people have been given some short-end of a very complicated stick. While America has moved forward, they have been left behind.

What is possibly the film's greatest asset is also its undermining. The strong female performances can make you feel like you're watching an audition tape for Oscar nominations, and Close and Adams will surely be granted the honor. When a film acts firstly as a vehicle for performances, it tends to make any scene without them feel a lot like filler, and the film, overall, suffers. So might be the case for "Hillbilly Elegy". Bennett and Basso are talented young actors in their own right, but this is the Close-Adams show. There isn't room for much else.