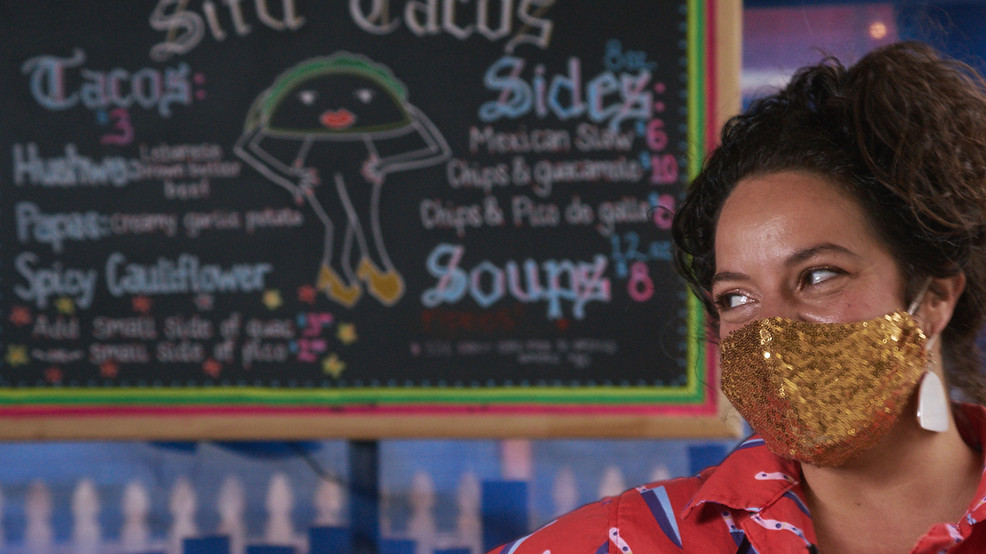 Local musician Lupe Flores has been selling her delicious Lebanese-Mexican Situ Tacos since the second week of shutdown.

"I had to stop bartending and touring," she said. "And I'm not one to sit still, so I needed something to do with my hands. Situ Tacos was the answer."

Flores started out by delivering, until this became too much. She then started doing pop-ups throughout the city, and Dan (of Ballard's Tractor Tavern) approached her about having a permanent home in the new space they were building in front of the music venue.

"That was a dream come true," she said. "I've played and attended many shows at the Tractor, and I love the space and all the staff there. Plus I used to bartend down the street, so it's nice to be back on the block and see the community I've missed so much over the last year."

These days, you can visit Lupe in front of the Tractor Thursdays through Saturdays from 5 to 9 p.m., and Sundays from 11 a.m. to 3:30 p.m. "Maybe one day I'll be able to expand," she said, "but I have my hands more than full at the Tractor as it is." This coincides with Tractor opening its front bar Thursdays through Sundays, as it gradually draws music lovers back to its beloved space.

When asked if she's still playing music, the answer was a resounding, "Oh hell yah. ALL the time."

"I have to or I'll go insane," she continued. "I've been pushed a lot musically this year, since not all of my bands were able to practice. So it's forced me to write my own songs and teach myself other instruments much more than I used to. This past year has been tumultuous for many reasons, so I had plenty of fodder for new songs and ideas. Can't wait to be able to play shows again though."

"My Situ [grandmother] only made the Hushwe taco, so that one is central to the whole operation," she said. "But then, I eat my guacamole with a spoon — no chips needed, so that one also steals my heart. I LOVE experimenting making soups, and that it changes week-to-week, so that's special."

She added that papas are a crowd favorite, and the Spicy Cauliflower and Spicy Slaw "are the hidden gems that are SO GOOD, but that people wouldn't guess until they try. So, I guess everything is my favorite. And I'll be adding more menu items soon!"

The dishes Flores serves are incredibly meaningful since they reflect her upbringing and culture.

"This food, and cooking with my mom and my Situ, is central to who I am," she explained. "Who my family is. I used to only make these tacos for people I deemed 'taco-worthy,' simply because they are so time-consuming to make. I had to choose who to make them for carefully, because once people have had them, they ask me about them for many years to come. I never thought I would go into business making them, because it's just too much work! So the new challenge is figuring out how to train people to do something I've labored at since I was three years old. It's not that complicated; it just takes practice."