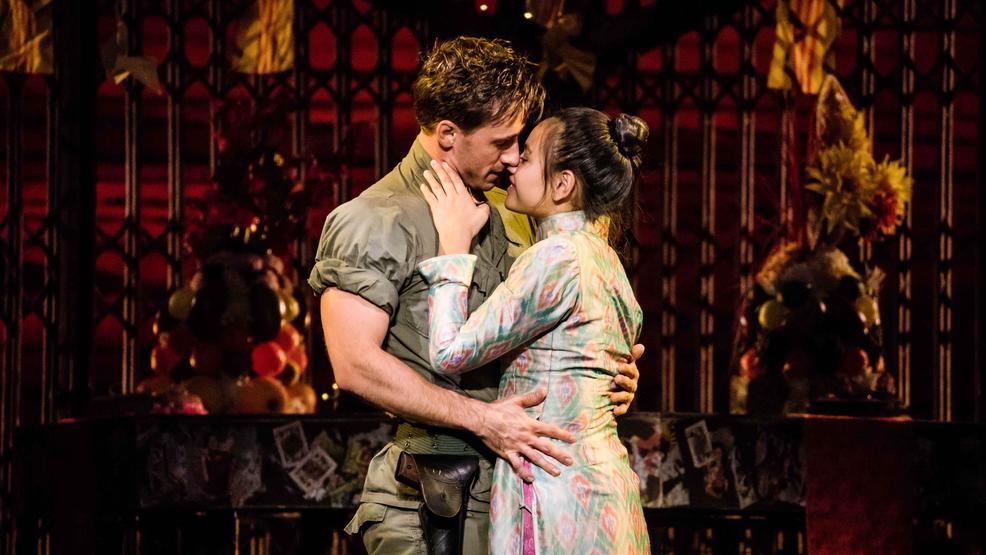 Experience the acclaimed new production of the legendary musical MISS SAIGON, from the creators of Les Misérables. This is the story of a young Vietnamese woman named Kim who is orphaned by war and forced to work in a bar run by a notorious character known as the Engineer. There she meets and falls in love with an American G.I. named Chris, but they are torn apart by the fall of Saigon. For 3 years, Kim goes on an epic journey of survival to find her way back to Chris, who has no idea he's fathered a son. Featuring stunning spectacle and a sensational cast of 42 performing the soaring score, including Broadway hits like “The Heat is On in Saigon,” “The Movie in My Mind,” “Last Night of the World” and “American Dream,” this is a theatrical event you will never forget. Seattle Theatre Group. (Photo: Matthew Murphy)
SEE MORE

'Miss Saigon' is a passionate, powerful musical only in Seattle for a short time

Passionate and powerful, "Miss Saigon", on stage at The Paramount Theatre - will holds you spellbound from the very first note.

"The story of Miss Saigon follows the fall of Saigon near the end of the Vietnam War," explained Emily Bautista, who plays Kim - the central character in this sweeping musical.

"She’s a 17-year-old girl that was orphaned by this war," she said. "Her parents died when the villages were attacked. She moves to the city and trying to find a better life and trying to survive this war-torn country."

Kim is thrown into a harsh new environment: a bar and brothel ironically called Dreamland. But in this nightmarish place - a miracle happens. She falls in love with the American G.I. named Chris.

But then, the city falls.

"It follows her, and their story as they separate through all the chaos and everything," said Bautista. "Her trials and her tribulations, her struggles and her passion throughout the whole entire show."

It's an emotionally demanding part for the actress , but she has strong partner onstage.

"We have a great relationship," said Anthony Festa, who plays Chris. "Just someone I trust so much."

The music plays a major role in this production. It's from the same team that created the blockbuster musical 'Les Misérables.'

"The most beautiful music," she said. "If you know 'Le Mis' you know the epic, most dramatic music. And when Claude-Michel Schönberg and Alain Boubill did was write this underscore."

The beautiful story of Miss Saigon is told by the orchestra itself.

"You could listen to the orchestra play and you can feel the environment of the Vietnam," said Bautista. "You can feel the drama the sadness the happiness."

The Asian flute is featured prominently.

"Claude-Michel Schönberg, he likes to say the Asian flute is Kim," she said. "And if you listen in the orchestra it’s like a duet with the actors, we’re just telling the story together. It’s beautiful."

In the story the star-crossed lovers have a child together. The actress drew on her inspiration close to home to play a mother.

"When I was diving into the character and her passion and her strength I thought a lot of my mother," said Bautista. "She’s my biggest idol, she’s so strong. So when I play Kim - I love to play her with this motherly strength and compassion that my mother has and that part."

The actress sees a message in the midst of all struggle Kim goes through.

"Kim and Chris are two characters from the opposite side of the world. And they fall in love in a brothel house in all places – past race, past discrimination, part the war that’s going on around them," she said. "I think that one of the biggest morals our story tells is that you can find love in the most broken places."

MISS SAIGON will be onstage at The Paramount Theatre through Sunday November 3rd, 2019.