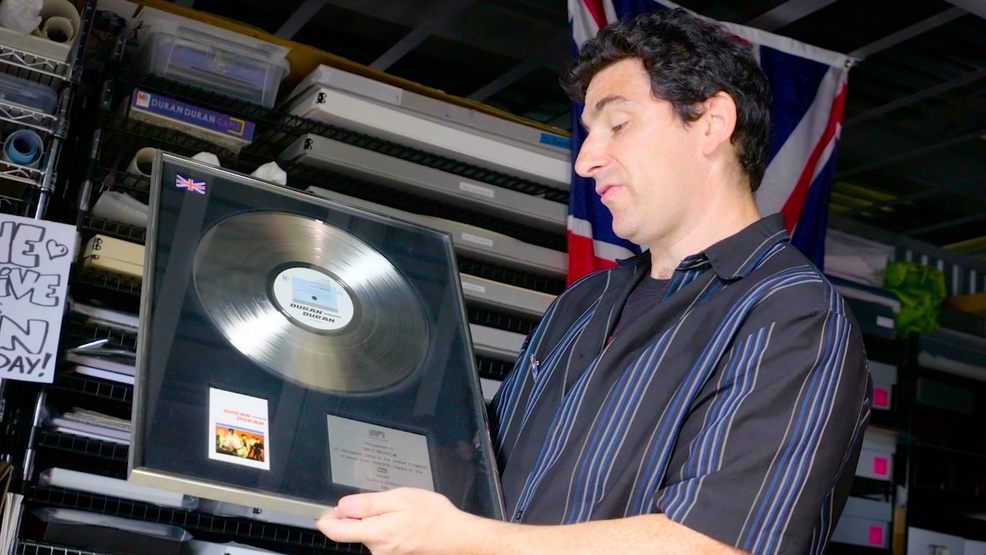 Durandy says he became a die-hard Duran Duran fan as soon as he heard "The Reflex." He says the song and music video shows off the band's creativity and unique energy unmatched by any other group on earth.
SEE MORE

Andrew "Durandy" Golub may be Duran Duran's biggest fan. He says he's dedicated the last 30 years of his life to collecting everything with Duran Duran's name on it.

“This is my homage to the band and the impact they’ve had upon my life and those around the world.” Durandy says.

Durandy says he became a die-hard Duran Duran fan as soon as he heard "The Reflex." He says the song and music video shows off the band's creativity and unique energy unmatched by any other group on earth.

“A lot of people have said, Andy, I wish I felt as passionate about something the way you do about Duran Duran.” He says.

He has thousands of concerts posters from around the globe, Duran Duran 3-D glasses, Duran Duran batteries, Duran Duran the Board Game, even a platinum record of the band's debut album. All of these treasures are neatly packed into a unasuming storage unit he calls "The Archive."

“It’s a huge expansive, comprehensive examination of one icon’s career. Which I’m very proud of" Durandy says, "There’s paper memorabilia in all formats, there’s odd ephemera too. Like hot sauce, a 3-D poster and trading cards.”

Some of his collection can be seen in his book "The Music Between Us: Concert Ads of Duran Duran."

"“This is my second book... It celebrates the bands live experience through memories from fans. And, I presented it to the band and the band signed it. John Taylor wrote “To Durandy keeper of the paper flame.” I can’t imagine a bigger compliment than that.”"

Durandy says one of his true joys is sharing his archive with other fans. Wanna take a look? Click here.