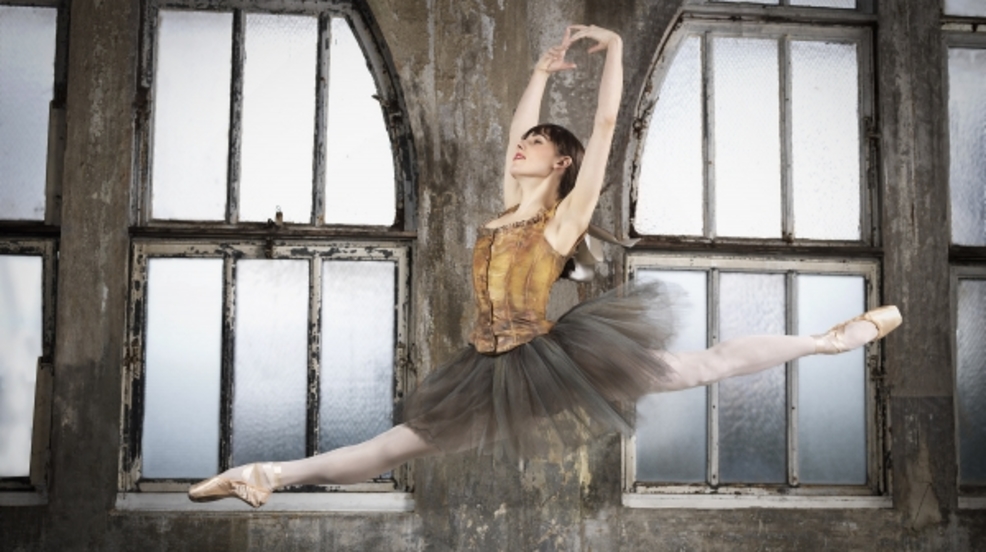 We've all seen the sculpture by "Little Dancer Aged Fourteen" by the French Artist Edgar Degas.

Now the artwork is capturing imaginations again, in the form of a musical! "Marie, Dancing Still" is currently onstage at the Fifth Avenue Theatre where Tiler Peck plays the title role.

"Marie, Dancing Still is inspired by the little dancer who was really an actual model for Degas, her name was Marie Van Goethem and its amazing that this defiant little girl who really, history kind of knows very little of, inspired an entire musical," Peck said.

"I love that she is very scrappy. She's not like the other dancers," said Peck. "Normally ballerinas are used to being thought of as, you know, with no voice. They don't speak, they just do as they're told. But Marie is different and I think that's what Degas sees in her is that she has a voice, she has an opinion, and she's not afraid to speak her mind."

In the show, the artist Degas and Marie meet by chance.

"In the musical, the first time I meet Degas is because I steal his watch. So, I'm actually pick pocketing," says Peck with a laugh.

It's not unusual for a musical to feature dancing, but this dancing is On Pointe...literally!

"I don't think that this show is like a typical ballet. Yes, we are in pointe shoes, but we are really telling a story and the character just happens to be a ballerina," said Peck.

In addition to being an actress and singer, Peck herself is a real-life Ballerina.

"I'm a principle dancer with the New York City Ballet, so yeah. I dance an awful lot and I do have a pretty big job back in New York," said Peck.

"I've actually been dancing since I was two because my mother owns a dance studio in the city that I'm from, Bakersfield, California, and so I was brought up in her dance studio."

Peck says she doesn't know what her life would be without dance.

"I think that dance is this sort of universal language that everybody can kind of understand. I feel like, when you watch dance, it's what goes beyond what your words can say and it extends through your body and, for me, it's always been a form of expression," she said.

The role of Marie is perfect for her.

"To be in the New York City ballet and to get to use my body for expression to now be in this musical and be able to use my voice as well has been really really amazing - and coming from the background I had where I started in musical theater it's kind of been like a full circle," said Peck.

You can catch Marie, Dancing Still at the 5th Avenue Theatre until April 12.